Hamlets in US cities

Hamlets in US cities

Here’s the oddest thing: US cities are full of hamlets. 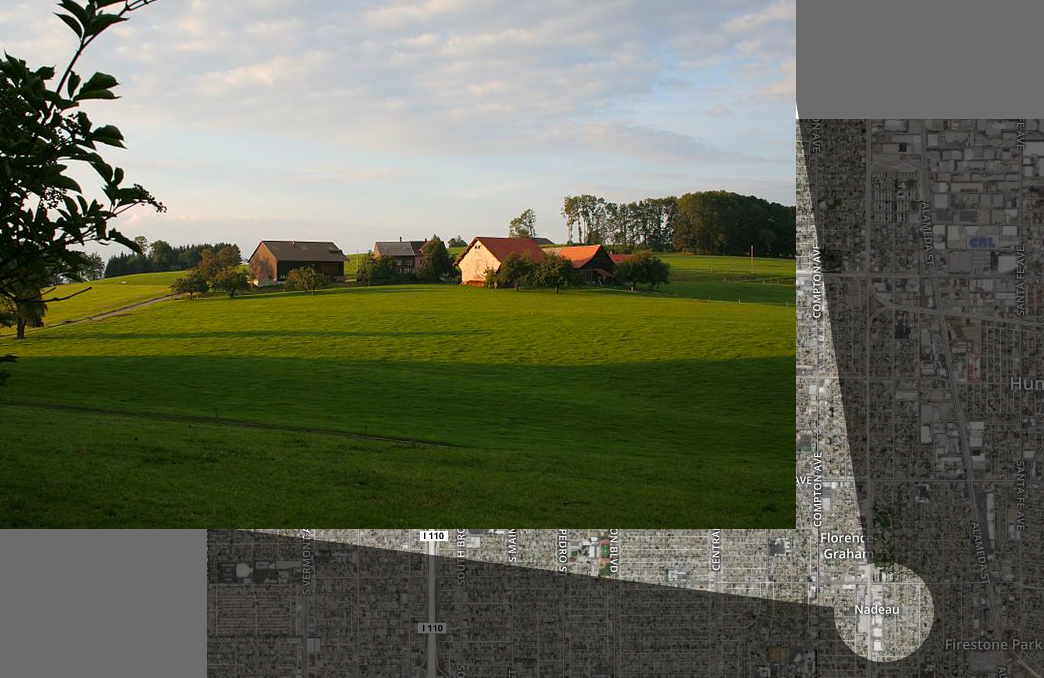 This data goes back to the GNIS import and remains unrepaired in many parts of the United States. So how bad is the problem exactly?

I extracted all nodes tagged place=hamlet and intersected the data with Natural Earth’s urban polygons data.

Here’s a map showing the extent of the issue. Red dots are hamlets that intersect with Natural Earth’s urban polygons. All other hamlets are yellow. If you find places to fix, click the “Edit” link to hop directly into your favorite editor. 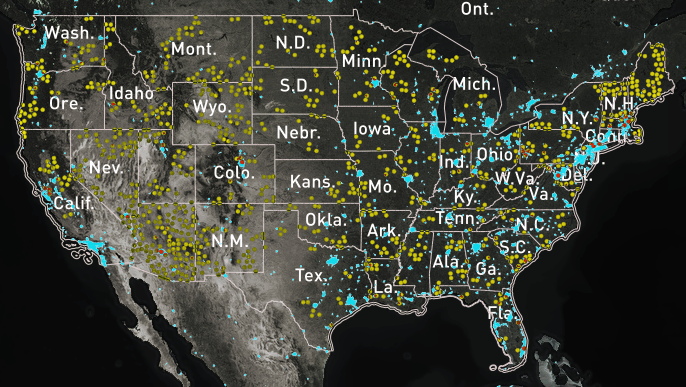 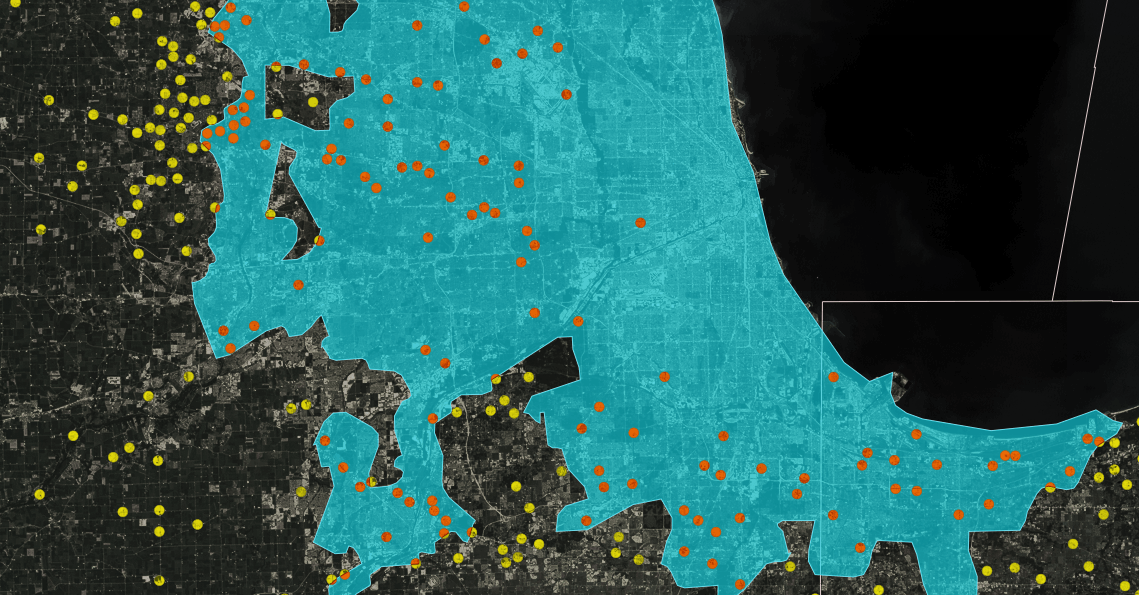 What are your ideas to fix this issue?

Do/use a MapRoulette task to review and fix them all.

Nice post, this has been a personal bugbear for ages. I’d love to see a concerted effort to fix this.

The obvious alternatives are place=suburb & place=neighbourhood (possibly place=locality, but like hamlet I expect that in rural areas). A third was is just to place a landuse polygon of the appropriate type and add the name tag

Many of these are industrial/commericial areas with a low population (hence why they got the hamlet tag), but in some cases it’s just that the naming of areas in the city is at a fine degree of granularity.

My pet theory is that a lot of those are in fact historical placenames. The data used to be, (dunno if it’s been cleaned up…) polluted with thousands of historical, now invalid PoI for old schools or places of worship…

In the areas I have seen these “hamlets” are mostly named trailer courts. Does anyone have a good idea how to tag these places instead of place=hamlet?

In my experience you’ll find three types of place=hamlet nodes in the US. This is including some of what has already been said on this thread:

I suggest the following fixing strategy for all hamlets in populated areas:

This is the rule I’ve been personally following. How does this sound?

Funny, this was just an issue for me yesterday. https://github.com/openstreetmap/iD/pull/2554#issuecomment-79812847

We were considering displaying in the iD editor some text describing where the user is editing, but Nominatim reverse geocoding is kind of not usable in the USA because of all these hamlets.

Also, I lol’d at that hamlet fixup map. It’s impossible to find anything because all of the map labels are complete nonsense. :)

@lxbarth This sounds a) a great typology and b) good sense; but it raises one of my long standing tagging concerns. Just what is the best way to tag trailer/mobile home parks over-and-above just using landuse=residential?

@lxbarth This sounds a) a great typology and b) good sense; but it raises one of my long standing tagging concerns. Just what is the best way to tag trailer/mobile home parks over-and-above just using landuse=residential?

sk53, I don’t know the answer to that. I haven’t found any established, consistent practice for trailer/mobile home parks, apartment building complexes, public housing projects, or named communities (usually in wealthy American suburbs outside the city) or any use of it for me yet, so I haven’t mapped them yet.

I think neighborhood and suburb wouldn’t be appropriate for them because these housing types mentioned above usually very defined boundaries unlike neighborhoods and suburbs.

Alex, I’ve found that hamlets imported in urban areas to be the first 4 types that you’ve described as well as another type for me, a historical name that represented an old neighborhood or city name that’s no longer used in any context, so I’ve deleted the node.

landuse=residential areas are good for trailer parks, housing projects, apartment complexes, and suburban subdivisions – named areas dominated by residential land use that wouldn’t be divided into smaller named areas. If these areas must have a place tag, place=neighbourhood sounds reasonable. place=neighbourhood is also good for things like urban mixed-use developments.

From what I’ve seen, some of the GNIS POIs should really be place=suburb, corresponding to a major division of a city, but you’d need local knowledge (or a little research online) to know that.

Then you’ve got oddballs like Twenty Mile Stand and Socialville: essentially unincorporated hamlets in the midst of massive urban sprawl. I’ve considered retagging them as place=surburb or even highway=junction but haven’t done anything with them yet. They’re still signposted like hamlets and function as landmarks for motorists. I wouldn’t mind seeing them as part of iD’s minimap, even if they’re included in an urban polygon.

I’ve tried to clean a lot of these up in the SF Bay Area and Boston. What I’ve observed is that in older parts of cities, they tend to be fairly well-known neighborhoods that can be easily re-tagged as place=neighbourhood or suburb, but the rest really need someone who is familiar with the area to fix them. Some are really obscure and wouldn’t be fixable by someone from outside the immediate neighborhood.

For housing projects and trailer parks I’ve created a named landuse=residential polygon. Some of them are unincorporated communities that are big enough to be tagged as a village or town. A lot of them are old names for places that are already on the map, or names of towns that have been absorbed by other places and disappeared completely from modern use. A few of them were actually buildings. One of them was a trailhead. I’ve only seen one that actually was a hamlet.

In California many (maybe most) look like old names given to locations along railroad lines by the railroads in the 19th century, and those are harder to deal with. Some still exist in some form (usually towns, neighborhoods, or train stations), some were towns or stations that no longer exist, some only ever existed in theory.