I have been on a bit of a MapRoulette binge lately. MapRoulette 2 is coming along nicely and we are at the point where we can start working on the front end. This is where a lot of your suggestions come in. If you have more ideas about how MapRoulette should (not) work, please take a moment to go to that PiratePad and add them. Thanks!

MapRoulette 1 is still very much alive however! Let’s look at what has been happening.

Last week, I posted new Sidewalk Mapping challenges (Tampa, Salt Lake City, your city?) to help OSM become a better map for getting around as a pedestrian safely in cities in the United States. Given that someone on foot on U.S. streets was hit by a car about every 8 minutes in the past decade, we could use better maps to help prevent accidents.

Speaking of pedestrian safety! Dr. Stefan Keller, a long time OSM enthusiast and founder of the Geometalab at the Hochschule für Technik, Rapperswil launched a really cool initiative to detect missing crosswalks based on analysis of both OSM data and aerial imagery. The results are making their way to MapRoulette, too.

While I was researching the sidewalks issue, I figured I needed an easier way to create challenges from an Overpass query. I decided to use existing components as much as possible and came up with geojson2maproulette, a Python script that leverages the MapRoulette Python API wrapper and the GeoJSON export functionality from Overpass Turbo to make this a pretty easy process. I think it is useful, and I hope you do too. Definitely get in touch if you need help with it or have ideas for improvements.

The latest addition to MapRoulette is a bunch of ‘floating ways’ I happened upon when looking at OSM data in China. To see what I mean by ‘floating ways’, here is a simple example: 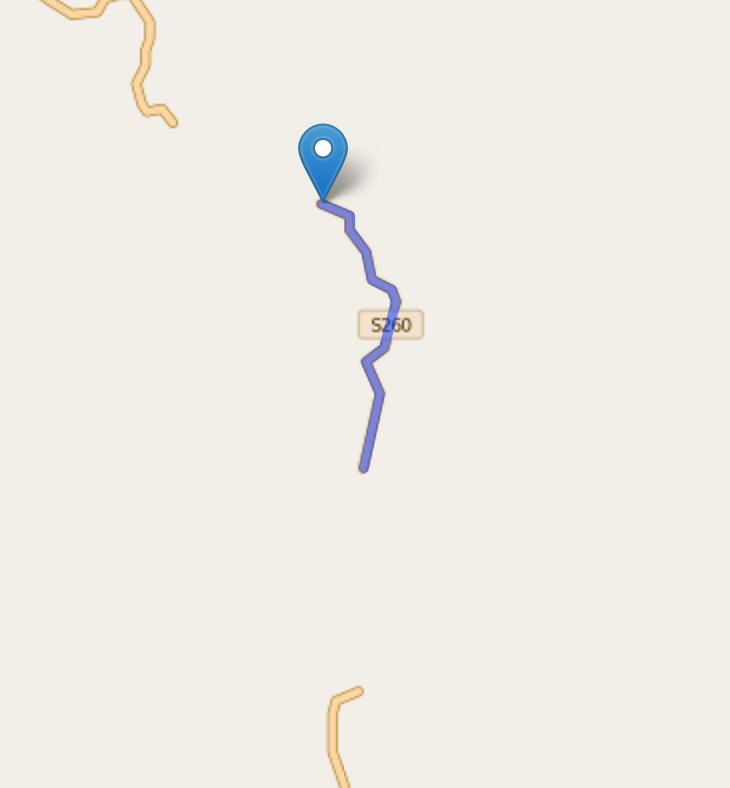 What appears to happen a lot when folks are mapping in China is that they trace a bit of road roughly from aerial imagery available, but they do not connect the road to the rest of the network. Although I believe that some (correct) data is better than no data at all, I thought it was worth highlighting these ways. I found more than 9000 in my analysis. If you want to do some mapping in China, this is a great way to get started!

Stay tuned to my diary and follow @maproulette on Twitter if you want to stay informed about what is happening in MapRoulette land! We also have a mailing list and a Slack channel, by the way.

katpatuka – I didn’t look into that specifically. Do you have reason to believe that this was mainly done by one user?

Glassman - let’s be in touch about that.

I saw quite a few of these floating roads in Peru and Bolivia too. The problem is the high res pic suddenly ends (or gets cloudy) and it is sometimes hard to even approximate its course. These days they are often fixable with Mapbox Sat - or an educated guess.

Joost - that’s what I am hoping for. It is really a challenge about revisiting those initial mapping attempts based on then available imagery. Another look at those through MapRoulette may trigger a new wave of mapping in these areas if better resources are available now. At least that is my hope. (That gives me an idea. Perhaps it’s better to filter out the ‘floating ways’ that have not been touched in at least a year or so.)

Let me know if you would like to process this query for Peru, Bolivia or other countries.

There are so many roards in China, especially serpentine roads in highs and mountains which are vert shifty and long so people just abandon them after two-three hundred of points. As well, @karpatuka mentiined it above, many roads were drawn by small amount of people.