The trouble with the ODbL - summarized

Kevin Pomfret from the Centre of Spatial Law just published The ODbL and OpenStreetMap: Analysis and Use Cases a white paper reviewing pain points in the ODbL - OpenStreetMap’s current license. 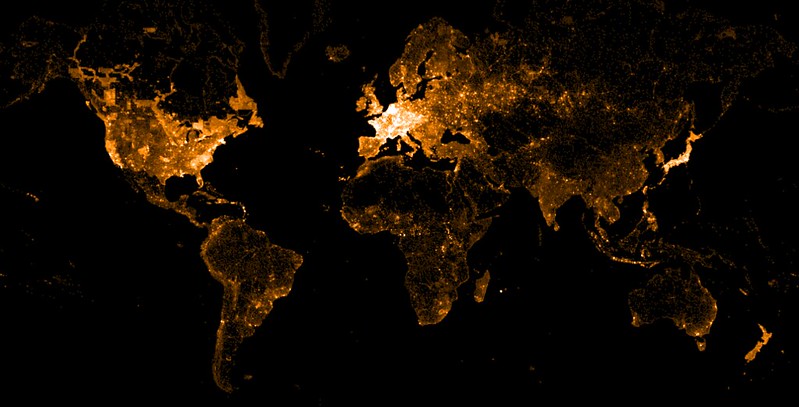 The paper provides a comprehensive review of issues broached in talks at State of the Map US (More Open, OpenStreetMap Data in Production) and State of the Map EU (The State of the License) and discussions thereafter. It offers an assessment of legal risks and includes a series of case studies focusing on legitimate use cases of OpenStreetMap that are currently impeded or complicated by the ODbL. At both State of the Map conferences I have heard requests from the Licensing Working Group, the OpenStreetMap Foundation board and others for a more solid summary of problems and actual real world use cases that are impeded by the license. This is why over here at Mapbox we have supported the Centre of Spatial Law to compile this white paper.

Here’s an overview of issues identified by the paper in order of appearance in the ODbL license:

Here are some of the case studies:

Yale University does not use OpenStreetMap in research under HIPAA or similar privacy regimens because of concerns that ODbL’s share alike provisions could force researchers to open sensitive data - for instance when geocoding research data with OpenStreetMap data. This example highlights the issues with share alike (3) but also with governance (6). Some of the concerns expressed by Yale may be based on a conservative reading of the ODbL, but the absence of license governance in OpenStreetMap (6) and the understandable desire to avoid any risk of violating federal law rule out OpenStreetMap as an option where it should be a prime candidate.

As the Wikimedia Foundation is exploring opportunities to integrate tighter with OpenStreetMap they are running into incompatibilities between Wikipedia’s CC-BY-SA license, Wikidata’s CC0 license and the OpenStreetMap’s ODbL. It should be a no brainer that OpenStreetMap and Wikipedia should work as close as possible with each other for the benefit of both projects. Maybe a good real world use case we can get all moving on?

Foursquare is not using OpenStreetMap for reverse geocoding where they could due to concerns about share-alike extending to Foursquare data. Foursquare has been an awesome engine for driving people to become contributors and they show willingness to contribute data but can’t commit if the extent of the commitment is not clear. This is a great example of where we’re loosing out on contributions with a license that tries to take it all. To hear it directly from the source, listen to Dave Blackman’s talk at State of the Map US.

For a full read of the white paper, head over to the Centre for Spatial Law blog.

At least, they dared write that: « The White Paper was funded in part by MapBox. » (http://spatiallaw.blogspot.fr/2014/10/the-odbl-and-openstreetmap-analysis-and.html)

But I wouldn’t want to imply that the money-giver pointed to some directions.

I think the last thing OSM does currently need is yet another licence discussion. There has been no majority for PD during the past licence discussions, thats why ODbL has been created after all. So whatever you dislike about ODbL it is here to stay at least for now.

Of course you are free to start your own osm-like PD map-project but please stop trying to convince us that we should change our licence once more, as a request for PD will not succeed anyway.

For a supposed legal analysis, I was disappointed that the Centre of Spatial Law claims that there is no guidance on the licensing of the individual contents of the OSM database. I think they missed this part of the Contributor Terms (emphasis mine):

While it may be confusing to have 2 different licenses for the database and the contents, I think this is warranted by the fact that there are 2 different legal concepts at play in Europe: database rights and copyrights.

For Wikipedia, although they may have some issues, they plan to go OSM as illustrated so wrong args here…

I think Wikipedia collaboration is really interesting use case and as you say most OSM contributors would support closer integration with wikipedia/wikimedia. Not convinced that requires a licence change but a very good (non-commercial use case) which we can all get behind and work out guidelines for. I think continued refining of the community guidelines is the best thing to concentrate on for now possibly keeping in mind how these guidelines would help or hinder wikipedia/wikimedia integration.

I was not around for the last license change, and I don’t really understand how it was worked out,….

However, the process of changing the license now fills me with apprehension. I am not sure now is a good time to deal with this.

This paper definitely does not provides a comprehensive overview of issues. It provides only on side of the issues, reinforcing only one point of view.

BTW, what is exactly this “Centre for Spatial Law” ? On their website site I see only one name in all presentations, contact and so on.

So, to me, it looks like a single guy has been paid to write a white paper (with nothing new in it) using a grand-sounding title to emphasis the effect…

OSM deserves something else, really.

It bothers me that our so called “open/free” mapping data project is more restrictive than the US government PD data. It feels ridiculous.

Open/free free projects rely on people contrubuting to them, which is one of the main goals of requiring attribution, share-alike etc. The US government does not need that.

The project is basically un-forkable, any copy made is out of date in about 10 seconds. I don’t see how data can be mixed in after the fact without ignoring updates from OSM. If google decided that it was going to run on-going imports of OSM data, the google map maker community would immediately transition over to OSM, and we would get a zillion more eye on the data.

I think you are underestimating how much data is in the database and how much actually changes these days. Looking at Germany I would say that a lot of the important data is already in the database and most of the edits these days are small edits and improvements. Also Map Maker people coming to OSM makes no sense. If they are use MapMaker they probably have already decided that for them there are reasons to contribute there as opposed to OSM. Putting OpenStreetMap data on google would just strengthen those arguments like more people actually using google maps or it having more functions.

Including the data that OSM can use only because it is distributed under the ODbL license!

Firstly let’s all assume good faith. Take the document on its merits, don’t accuse it of being spun simply because it’s funded. That said:

Alex, regarding point 3, the OSMF Community Guidelines do in fact help to define “Substantial” and “Produced Work”:

I know these guidelines are not part of the licence, but as guidelines officially endorsed by OSMF, I would expect most jurisdictions to consider them as normative.

It’s not really appropriate for you to call it “guesswork” when some people in OSMF have specifically worked to produce concrete, quantitative guidance.

Of the points listed above at least 2, 4, 5 and 6 are not specific to the ODBL (meaning they would apply for many other licenses likewise). Before you say PD would not have these issues remember that true PD does not exist in most jurisdictions.

2, 4, 5 are clearly issues of the ODbL. 6 is an exacerbating factor when having a high maintenance license. True, could be an issue for other (open) licenses too.

1 and 3 are issues of EU database law and not specific to the ODBL either. Short of giving away all data without limitations there is no solution for this. It seems to me the authors of the paper you cite are not really familiar with the legal basis of data and database rights in Europe.

This is a rather technical argument. Sure, some of the issues in the ODbL go back to the European Database directive.

You probably should point the National Park Service to NASA which apparently has no such issues.

NASA is placing OSM labels on top of their imagery which is a very straight forward use case even under the ODbL. NPS would like to maintain some of their data as part of OSM, which makes share alike a show stopper.

The case of Yale University seems to be based on the misconception that any license can force you to give away other data and force you to violate other obligations. The only thing the ODBL can do is forbid you to use OSM data under certain circumstances, it has no power to change your other legal or contractual obligations.

Exactly the point of the paper. The ODbL is so complex that we’re losing people based on misconceptions. If you were a lawyer and magically gave away free, concise and fast legal advice every time such questions crop up, the penalty we’re paying for the complexity of such a license would be smaller.

Generally citing people who do not use OSM data because of certain fears without analyzing if those fears are well-founded seems inappropriate and misleading. The key words in all your case examples are ‘could’, ‘might’, ‘concerned’, ‘worried’ etc. and the text makes no attempt to analyze the validity of these concerns.

See above. It doesn’t matter whether the concerns are actually valid. It matters whether people have them and they do. Every week I hear of legal departments saying no to OpenStreetMap because of its license.

Frankly i am somewhat appalled by the fact that you do not acknowledge the LWG efforts with the community guidelines to shed light on unclear and difficult to understand aspects of the ODBL. If you really want to help data users to use OSM data and resolve their concerns you should support these efforts by helping to communicate them to potential data users.

I’m very grateful for the LWG’s work and I agree with you which is why I am hoping to get to a clarification on geocoding https://lists.openstreetmap.org/pipermail/legal-talk/2014-October/008003.html

We talked about this on Twitter https://twitter.com/lxbarth/status/527121888024465408 . I don’t want anyone to dismiss the points of the paper based on who I work for. Please go get in touch with every one of the captured case studies and make yourself a picture.

This paper definitely does not provides a comprehensive overview of issues. It provides only on side of the issues, reinforcing only one point of view.

The ODbL just doesn’t have any issues except where it has issues ;-)

Open/free free projects rely on people contrubuting to them, which is one of the main goals of requiring attribution, share-alike etc. The US government does not need that.

This implies that share alike has a benefit for contributors which no-one has been able to explain to me.

I know these guidelines are not part of the licence, but as guidelines officially endorsed by OSMF, I would expect most jurisdictions to consider them as normative.

Fair. The paper itself uses more nuanced language, namely that the definition of what’s Substantial by the OSMF guidelines is far off from what’s case law so far.