HIFLD Open vs OpenStreetMap in PA

They just released HIFLD Open Data: A National foundation-level geospatial data within the open public domain that can be useful to support community preparedness, resiliency, research, and more.

I was curious what HIFLD Open data looked like compared with OpenStreetMap.

I had a free lunch hour so…

I did a small case study in Pennsylvania

I took one of the 250+ layers (hospitals) that has a well defined attribute naming convention and compared it with OpenStreetMap version using Turf.js. I modifed the code in the Mapbox example

The HIFLD Open Dataset Filtered for only PA converted to geojson using geojson.io 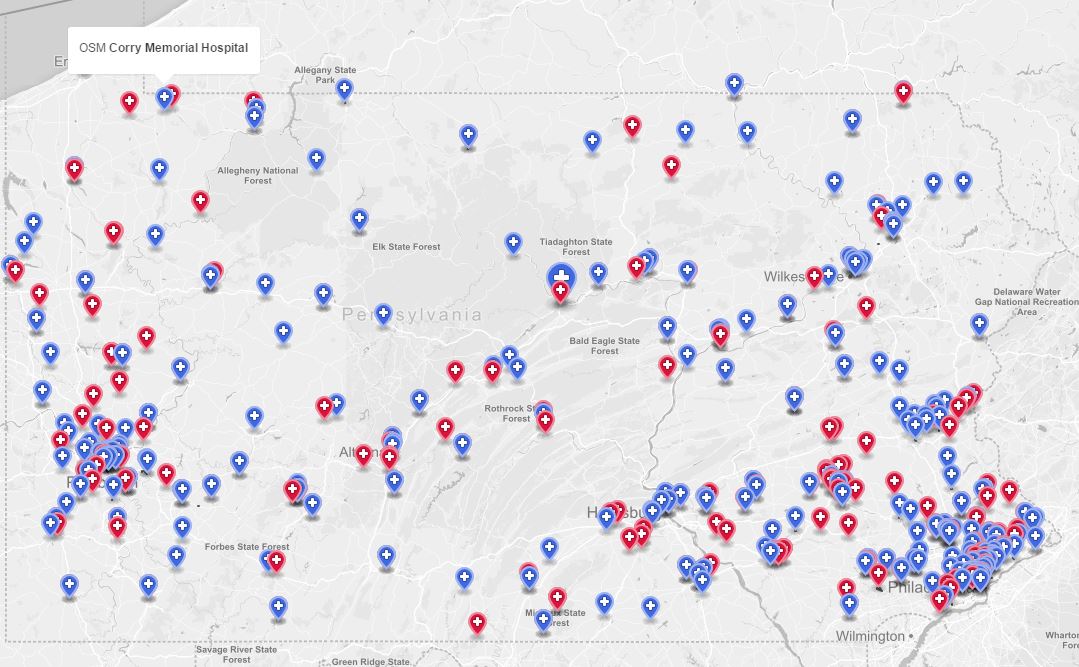 You can see HIFLD looks more complete in the rural areas 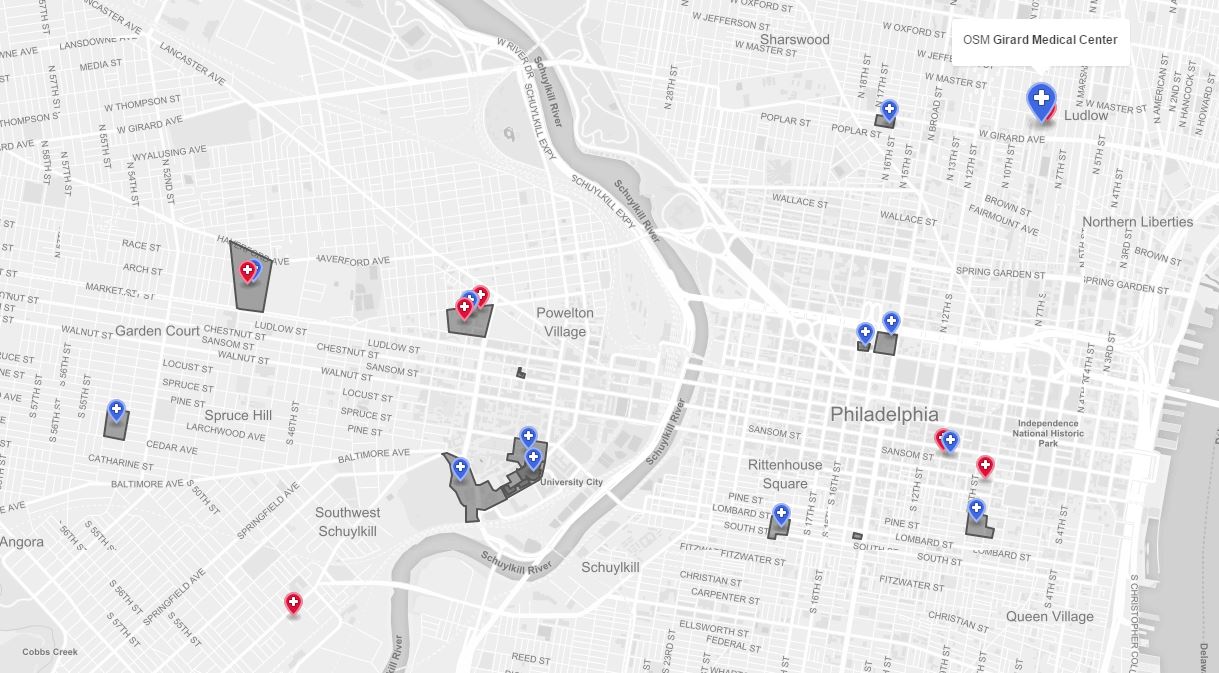 Conclusion: From what I am seeing HIFLD Open has a few errors (such as closed or mislabeled hospitals) and OpenStreetMap has an issue in areas (mostly rural) that users have yet to map in. HIFLD Open is useful for adding data to OSM but cautiously since with a quick look I already see some errors.

In the urban screenshot above, the HIFLD hospitals would probably correspond to hospitals that were originally imported into OSM from GNIS, usually (but not always) with “(historical)” in the name tag. A lot of them have been cleaned up (usually deleted) in urban areas, but GNIS cleanup continues in rural areas.

Historical GNIS POIs are common for schools and post offices, too. Before OpenHistoricalMap started, I made a habit of retagging these POIs with historical=yes (as long as they didn’t represent extant, repurposed buildings). Using HistOSM, you can get a sense of how prevalent these POIs are in the parts of Ohio where I did GNIS cleanup.