A cow made of corn

Posted by Minh Nguyen on 20 September 2017 in English (English).

It’s corn maze season in North America: for a couple months, farms all over are inviting folks to explore mazes they’ve cut out of corn fields. 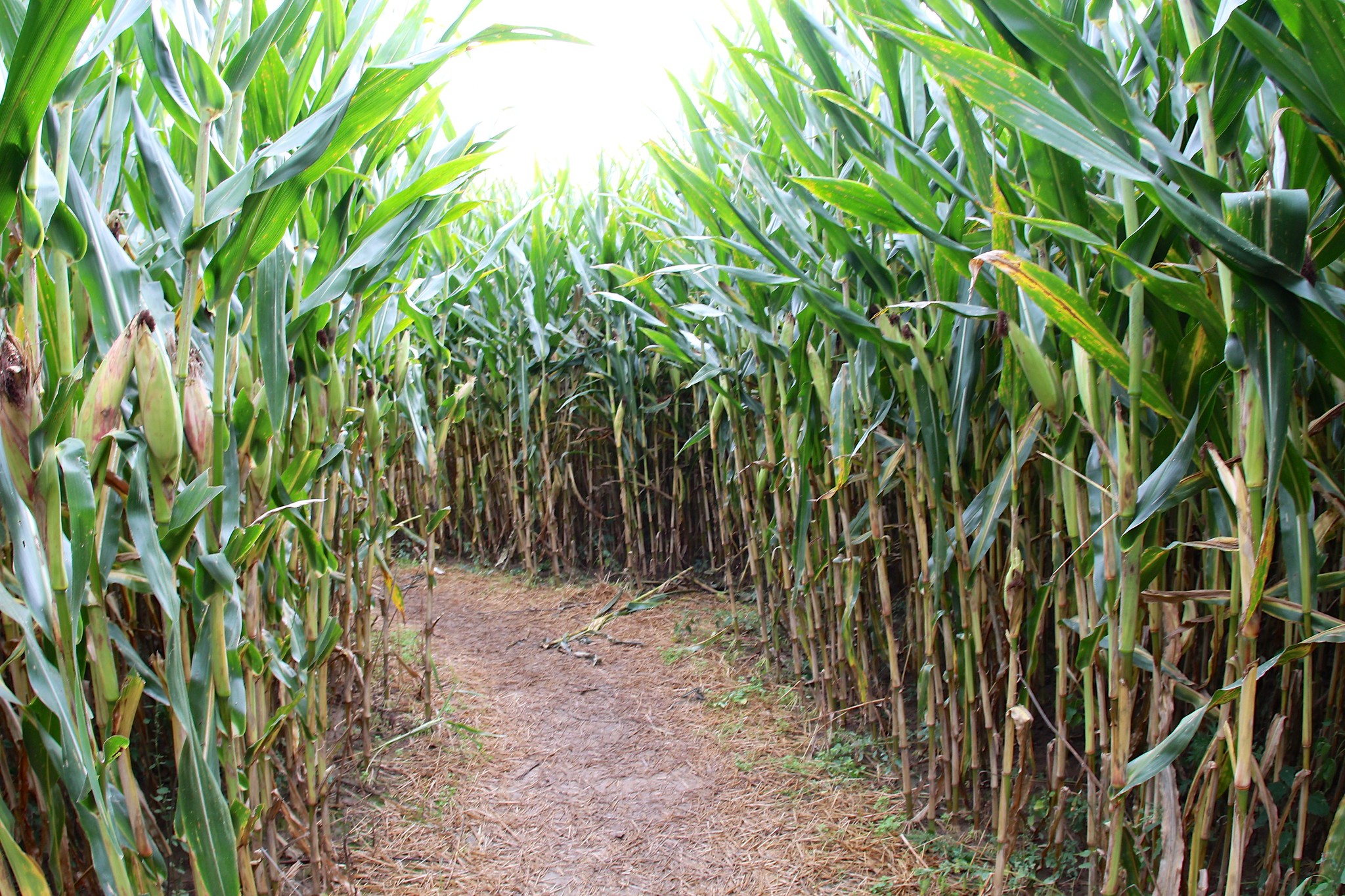 A corn maze in Northeast Ohio by David Fulmer, CC BY 2.0.

Look sideways: these pumpkins at Wendel Farms were previously visible in Bing and other aerial imagery, but the ways clearly need to be deleted now that the pumpkin design has been cut down (and replaced).

None of the aerial imagery providers have this fall’s maze designs yet – after all, these doodles are only weeks old in some cases. So I turned to the farms’ websites and Facebook pages, where farmers have posted aerial photos of their own mazes. I wrote to them, briefly describing OpenStreetMap and asking permission to update the map based on their photos. A few got back to me, happily giving permission. It’s free publicity for them, after all.

Since my preferred editor, iD, currently lacks support for overlaying arbitrary images, I built a copy locally and modified it to display the photo above the normal imagery and below the data. Using my browser’s Web inspector, I added a pattern to the SVG document’s <defs> element:

and overrode the CSS style of the <path> element representing the edges of the field:

I probably could’ve done something more sophisticated to keep the image anchored while panning and zooming, but this was good enough for a quick, informal micromapping project.

Not too long from now, these corn mazes will’ve been cut down and plowed under, and the paths will also be deleted from OpenStreetMap in anticipation of next year’s corn maze season. But a snapshot of this fall’s designs will eventually appear in the standard aerial imagery and remain there for years to come. As a result, mappers can compare a corn maze’s appearance and the date on which the maze was micromapped to determine the vintage of the surrounding area’s imagery.

In the meantime, if you poke around Southwest Ohio, be on the lookout for cows and other scenes hidden among the cornstalks.

Another way to get backgrounds images into iD is to use http://mapwarper.net/ .

For small areas even a quick rectification should work well and then there is a tile url available in the export tab for the image that can be pasted into the “custom” background input in iD.

Thanks, maxerickson, that’s a good tip! Does Mapwarper require the uploaded images to be openly licensed or in the public domain?

Hello, I run mapwarper.net it just requires that you have the permission to upload the image.

For tracing into OpenStreetMap if you are tracing from it it does requires that it be suitably licensed, but mapwarper.net doesn’t have any explicit license requirement, just that the user be allowed to upload it, and of course share with the internet.

Also - to keep last years maze - I would use OpenHistoricalMap.org to save previous copies