What's up with the Rann of Kutch?

I started looking at the Rann of Kutch in India, and it doesn’t look very well mapped. I also can’t find any mentions of it on the wiki, or Googling for “Rann of Kutch” in conjunction with OpenStreetMap.

Christoph Hormann’s post is the only thing I can find: http://blog.imagico.de/new-images-for-mapping-in-osm/

Does anyone know if there’s been any previous discussion (perhaps on the talk-in list?) about how to tag it? Or does the local community prefer it this way?

Which looks very different from the image in Christoph’s blog:

He notes in another post that it’s the largest area of incorrect coastline in the world, according to his metrics: http://blog.imagico.de/osm-coastline-and-glacier-data-quality-reports/ His map shows that most of the coastline in that area hasn’t been touched in OSM since 2007:

According to Wikipedia, this area is only submerged during the monsoon season, and is dry the rest of the year. So it seems like the correct tagging would be to move the natural=coastline further out, and most of the currently wet areas in OSM should be retagged as natural=wetland and wetland=saltmarsh (see wetland=saltmarsh) on the wiki. But I don’t have any local knowledge, so I’d want to be sure about that.

Here’s an overpass turbo query for natural=wetland in the area:

There are four large polygons (one is a multipolygon relation, actually), all four of which have natural=wetland but no additional tags… no wetland=saltmarsh that I was hoping for. And mostly these features cover the current OSM land, not the incorrect water areas anyway.

I also did an overpass query for wetland=* just in case there were any polygons that had wetland=saltmarsh (or similar) and which might have accidentally left off the natural=wetland tag. But no luck, there’s basically nothing using wetland=* that’s useful:

As a last resort, to see if there are any OSM features we can work with (perhaps someone is using non-standard tags), I zoomed into a bit of the India/Pakistan border near the coastline. There is a line of barrier islands that probably mark the true edge of the Great Rann of Kutch, which is where we should see any hidden features, if there are any. Here’s the data overlay layer: http://www.openstreetmap.org/#map=12/23.7720/68.2019&layers=D

Pretty much all of these islands (like this one) are from the PGS import back around 2007 or 2008.

Finally, if I zoom in enough to edit, we see that the satellite imagery is good enough that someone could trace the correct edges of the salt marsh… but it would take them a bit of time to do it well.

Does anyone have any thoughts or experience with this area?

According to different sources and tidal models, northern part of Indian ocean has some significant tidal range (difference between high and low tide). General convention for shoreline mapping is to use margin between land and water at mean high tide level. Keeping in mind that area you are talking about is basically a tidal flat, it is close to impossible to trace land accurately in accordance with that convention, since satellite image does not represent “medium high tide” level of water. Another thing is that it’s not just some tidal flat, but mud flat with non-uniform currents, so these “islands” are nothing more than temporary higher spots of constantly moving mud, which makes them “temporary” and “non-verifiable” features in terms of OSM core principles. It is easy to see, how those features are changing, using Google Earth historical imagery mode (we can’t trace it, but I can use it to proof my statement). So, as a bottom line, I wouldn’t map any minor mud islands in this area.

Much of this is not really a wetland in the sense that it is waterlogged soil for most of the year but an area of seasonal water cover - water during and after monsoon, dry during the dry season and wetland only during a short time in between. The false color infrared satellite images i put up are meant to approximately catch the average water cover - the area that could probably be tagged natural=water + seasonal=yes. It seems except for the tidal zones these are largely not or only very sparsely vegetated so i am not sure if wetland=saltmarsh really applies.

The last larger coastline edits there were made by Ben Discoe.

What you show later is the eastern end of the Indus River delta with its mangrove forests (which are less dense than typical tropical mangroves in this climate and in serious decline in the last decades - see wikipedia) Significant parts of this are above the high water line.

The whole area is pretty well covered with high resolution images but muddy water and bare ground - both wet and dry - are often quite difficult to distinguish in these.

Alan, I’m the main guy who probably did the most work on the Rann of Kutch, including carefully putting the wetland tag over all the land area which, judging from Bing imagery, is sometimes underwater (the very definition of wetland). It’s a hard problem but I’m proud of what I managed to get done.

As for “Here’s what it looks like now”, the pictures you show are of mapnik’s zoom level 9, and that rendering doesn’t even show wetlands at all until zoom level 10. You don’t have to do a overpass turbo query to see the wetlands, just zoom in one more step.

As for “doesn’t look very well mapped”, I think your issue is with the default mapnik rendering. It is pretty well mapped.

As for wetland=saltmarsh, I’m not sure it adds much information over just natural=wetland, but that sounds fine by me as an additional tag, feel free to add it.

Here’s all the extra detail at zoom 10, as you mention:

But all the water areas to the northwest and northeast of your edits really feel like they shouldn’t be water. They’re almost certainly above the high tide mark. So maybe it’s not that it’s poorly mapped, it’s just there’s a lot more left to do!

Thanks everyone for the comments about appropriate tags. Yes, my zoomed in images were more from the Indus delta area, so they probably require different tags than the salty desert further inland. Maybe wetland=saltmarsh isn’t quite the right tag for either of these zones.

I added a small demostration of how the eastern Indus river delta area can be mapped in http://www.openstreetmap.org/changeset/39796363. Requires a coastline update to be properly rendered of course.

In addition you have in this area extensive seasonal flooding during summer storms that goes much further:

The effects of this on the landscape can be easily misinterpreted as tidal effects leading to a wrong estimation of the coastline (which is what happened in the PGS data).

Having set foot in the Rann, its essentially a very large mudflat crusted with an inch of salt, atleast when its not submerged. There is a very clear boundary where land ends and the saltmarsh begins, but its unclear where the marsh ends and the coastline begins. The Rann during monsoon and when its dry. NASA

Have tried cleaning up this area before, but it just seemed unclear how to proceed. Nobody has brought it up for discussion in the Indian community either. 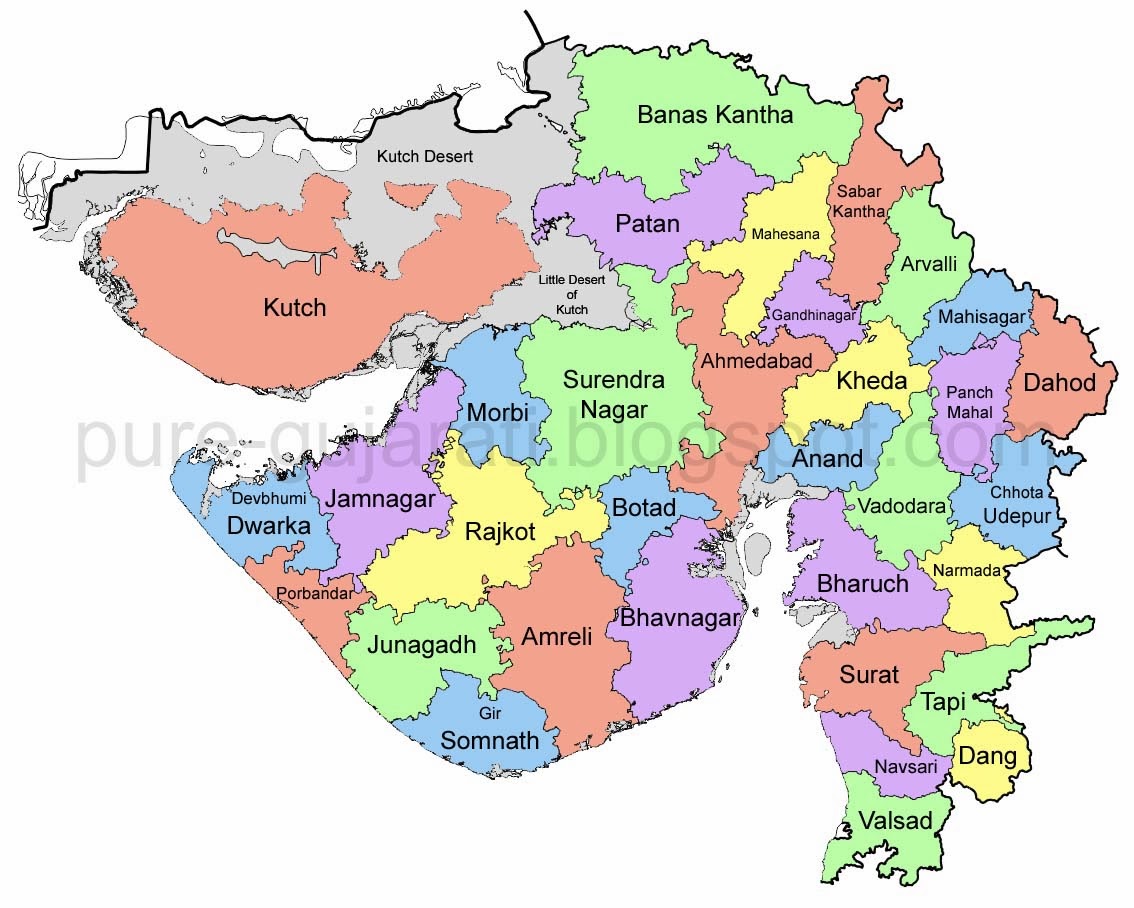 I see this related (and closed) issue on the openstreetmap-carto style (#1995) which requests rendering of salt flats, but it seems like the tagging is not well established. Also, that request refers to this feature, which seems to be a year-round salt desert, not a seasonally flooded one like the Rann.

Imagico, you argue that it shouldn’t be a saltmarsh or a wetland because it doesn’t have typical marsh-like vegetation? I note that Wikipedia calls it a salt marsh, whether that helps or not.

It seems to me we have two issues here:

I am unsure how far the seawater reaches into the Rann during monsoon storms - however for coastline mapping this is not important since this only considers regular tidal variations and not seasonal storms.

I made some small test edits here out in the river delta, just to get a sense of how much effort it would take to do the whole thing: http://www.openstreetmap.org/changeset/39915515

I also added some wetland=saltmarsh tags after confirming that the areas I mapped are above high tide. http://www.openstreetmap.org/changeset/39939704

Also thanks to imagico for a much more detailed test area here: https://www.openstreetmap.org/changeset/39796363