Replacing all buildings in Warsaw - challenge

Since the 31st of August 2020 a huge polish government database BDOT10k, which contain a lot of useful data is publicly available and also can be used for the purpose of OpenStreetMap. The quality of the data varies depending on the region. Nevertheless, the quality of the buildings in this database, especially in the city of Warsaw is quite astonishing. That is why I decided, that we should make use of this data and implement it, especially that the existing buildings in OpenStreetMap in some districts of the city are just awful, made 5 or more years ago on Bing satellite imagery.

This is not an automated process, every building is reviewed one by one MANUALLY and that is why it takes so much time. I also turn on the EGIB database in JOSM, to verify the shapes of buildings and also to add smaller ones like sheds, because the BDOT10k does not contain buildings smaller than 40m2. Some detached houses, that are abandoned, also do not appear in the BDOT10k base. I do not delete building that are almost ideal, it doesn’t make any sense. I only copy the data about the purpose of the building and the amount of floors from the BDOT10k and I add it to the existing object. It makes this entire process even longer, because you have to be also a quality controler : )
And the most important, a huge thank you to tomczk known on discord also as Tomek | budynki for creating this incredible tool budynki which made the process so much easier, than manually downloading the BDOT10k data from the polish government websites. It enables downloading objects from a particular region, you do not have to download data package that contain for example the whole city or the whole “gmina”. This tool also translates all these objects from the governmental language to a OSM tags language : )

I have already completed 5 district of Warsaw: Ursynów, Wilanów, Wesoła, Rembertów and Wawer. Białołęka is completed in 70%. Other district are still waiting. Bonus: the whole village of Michałów-Grabina is also completed, because the quality of data in the BDOT10k database there was also very good

A link to the map with the progress: 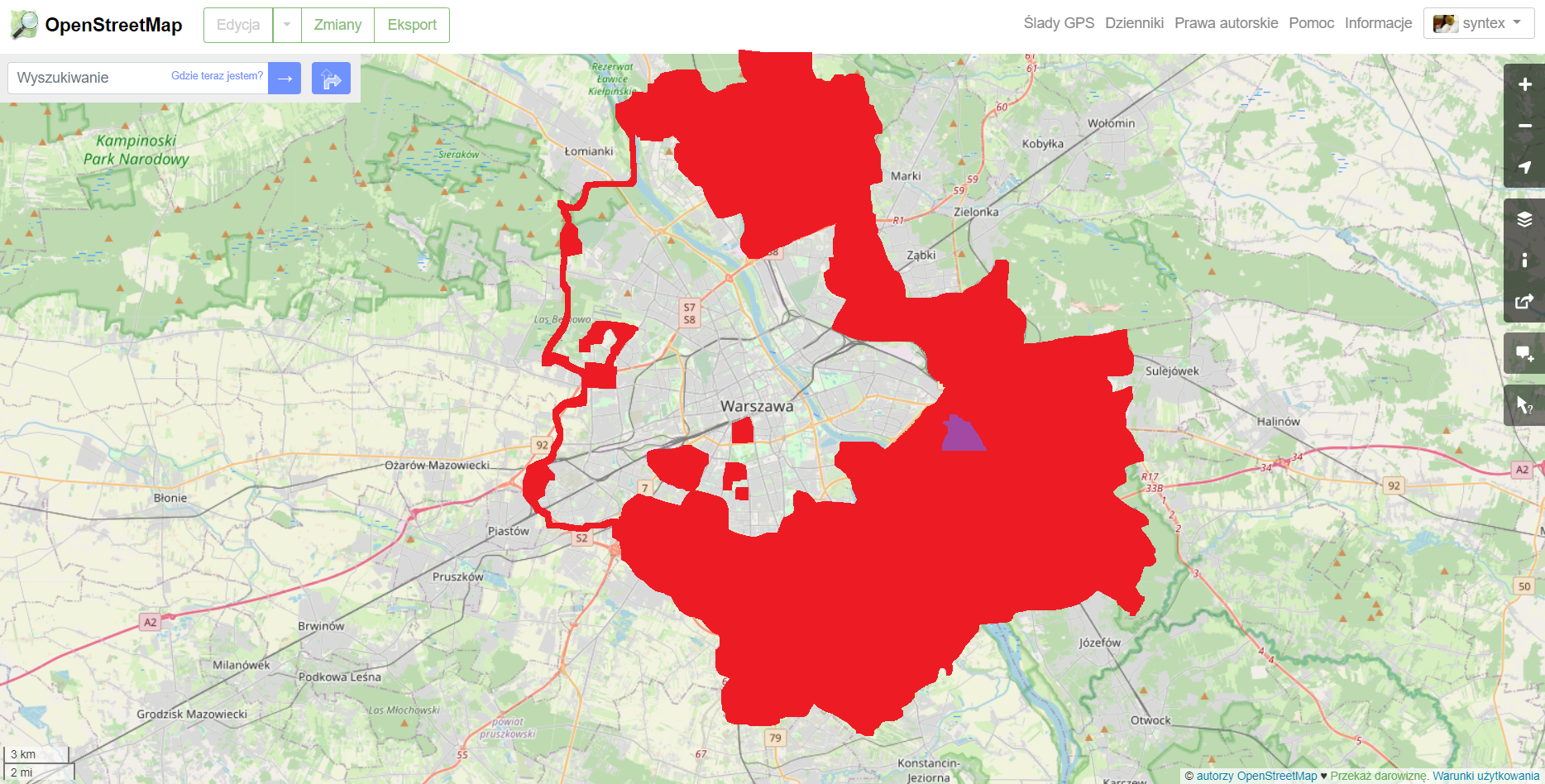 Map key:
* Red - Completed areas and the border of the city
* Violet - Building were already OK there in OSM, but they lack any information on their purpose or the amount of floors

spread the news, put it on https://maproulette.org/ !!

@googlenaut: I do not think MapRoulette is an optimal choice here. As you can see on the map, syntex edits one city block at a time. MR is not well-suited for such edits, not to mention the work is better left to one person, as it’s more nuanced. MR challenges ask people to do only one thing, and here he does several, depending on data quality in that particular spot.