This week, I just realized it’s been 10 years since I signed up for an OSM account! I never realized I continue to contribute and learn from this community. Some personal anecdotes of the past 10 years below. 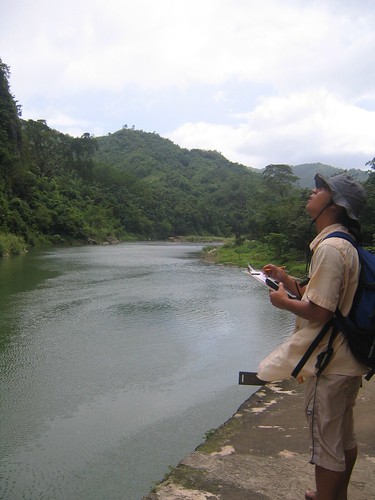 My earliest fieldmapping in OSM. CC-BY-SA

Around 2004-05, I was doing my MS research on forest fragmentation. Back then, we had to do all our remote sensing analysis in the university lab because we only use proprietary software which we can’t use at home. For my research, I decide to use FOSS tools so that I can do it outside the lab. I stumbled into GRASS GIS and QGIS and started compiling from source. Through trial and error, I learned enough of the tools that I can do any mapping related using FOSS. Armed with new found knowledge, I started looking for free geographic data. Surely, if there are free tools you can also get free data. The only free data I found was LANDSAT imagery and low resolution Digital Chart of the World. I continued my quest and later found out about OpenStreetMap. I signed-up hoping I can get data for the Philippines. Only to find out that nothing not even a country name node exist! :(

But OSM gave me one hope, you can create your own data! So I decided, if I can’t get free data, let’s build it from scratch and share to anyone!

I tried using the online JAVA applet editor, but it was too painful. It was very slow and I can’t find any features to trace from the coarse LANDSAT imagery. 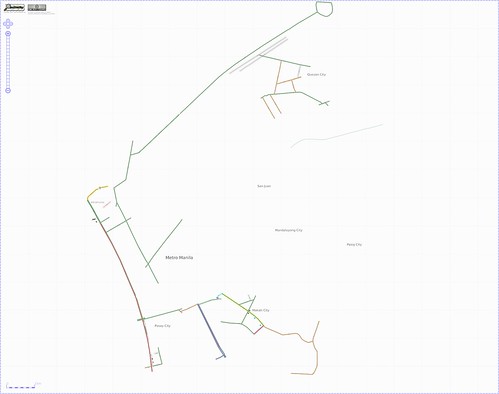 Nearly 10 months later, I discovered JOSM which you can use offline and upload later. This encouraged me to start doodling nodes/segments/ways but there’s nothing much you can do with a smudgy LANDSAT imagery. The only way I can contribute more is to get a GPS device. So I borrowed one, those good old yellow Etrex. I had to rig a data cable from old credit card and PS/2 mouse to get the data from the device. 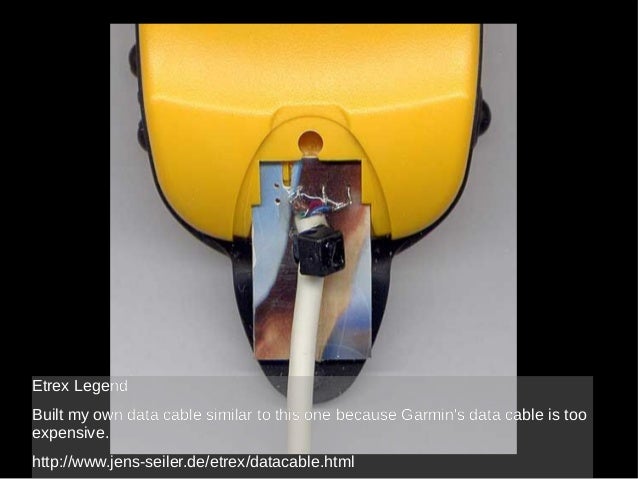 Know, I can contribute more, I started walking around my neighborhood and tried to map as much as I can. My mapping patch started to take shape. First roads, then POIs and so on. As I map my own little patch, I hang around the talk@osm list asking n00bs questions. I found out that in the UK, there is am a small but active community around the project. They organize mapping parties, meetups in pubs, etc. I realized we should also build a local community here. I tried shouting to the list if there are other Filipino or anyone mapping the Philippines. One guy replied, it was Mike Collinson. It turned put he travels a lot in the Philippines and was also looking for fellow mappers. He started the PH wiki page and we setup the mailinglist.

When Yahoo! gave permission to use their imagery for tracing, more contributors started mapping in Metro Manila and more people joined our mailinglist.

I was able to save some money and finally bought a Garmin device where you can load custom maps. I experimented with mkgmap and started building our own OSM derived Garmin maps for anyone can download for free. 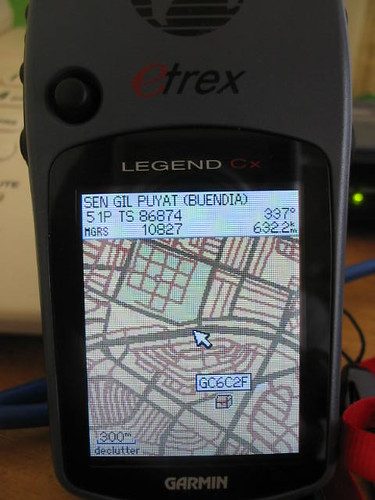 During one of Mike’s trip to Manila, we met and talked about how to sustain build the local community. GPS was really expensive at that time so we decided if we can get some and share to anyone interested so they can map their own neighborhood. I applied for the GPStogo program by OSMF and was able to get 4 GT-31 loggers. We slowly grew and started doing outreach to other interest groups, first with GPS enthusiasts to demo how they can use the map in their own devices. Later with universities and mapping groups. Rally, teaching university students how to use a GPS. CC-BY-SA

We ran mapping parties and piggyback on other events to promote the project.

The map continues to grow as well as the community. Despite all this, we get criticisms from so called professionals:

“I suggest that you should invite a mapping professional into your group. Mapping is not a kiddy thing. It requires knowledge on Geometric Geodesy and GPS Systematic Errors. Without the required knowledge, doing mapping is just like wearing a blindfold blindly.”

Most of the volunteers see this OSMing as something fun. We use it mostly for our personal travels. It wasn’t until Typhoon Ondoy when we realized we can use the data for disaster response. Mapaction’s first use of OSM data in the Philippines during Typhoon Ondoy/Ketsana, CC-BY-SA

This started my passion for contributing to the Humanitarian OpenStreetMap Team. First for every disaster in my country, 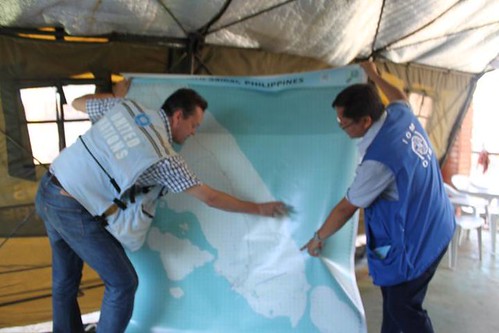 and later, to other parts of the world.

I learned a lot from this project and continues to share to those who want to listen. Whenever there is chance, I talk to events and conferences about the project. I’ve met and collaborated with many people within my community and around the world.

More than 3 months ago, I started working with the data team at Mapbox. I moved to Bangalore to join a young group OSMers improving the map daily. Although we sometimes receive criticisms from a few community members being paid mappers, I know my team cares about the project as much as any other OSM contributor.

Being away from home, I cannot contribute to the Philippines as much as I would like to other than fixing and cleaning my previous cruft, I maintain my connections with the local community through the list and chat.

Talk to the community! We have several channels: the mailinglist, FB - page and group, G+, Chat.

Great story Maning, it’s been a pleasure to work with and learn from you!

wow! amazing and inspiring story. thanks for sharing.

Thanks for sharing and your 10 year commitment to OSM.

Surely, if there are free tools you can also get free data.

Congratulations, Maning! Cheers, and we look forward to anther decade of mapping.

Hats off to you Maning. Amazing work

if I can’t get free data, let’s build it from scratch and share to anyone!

And when I think back, this was probably the line of thought that got me involved as well.

Amazing work Maning, its so great to see how all these efforts from various parts of the world have been the threads to help weave this beautiful carpet for everyone. Can’t even imagine what we will see in another 10 years!

Happy 10year OSMversary Maning! Ooh. I’m just noticing mine is coming up next month. It’s been a fun 10 years hey?

“I signed-up hoping I can get data for the Philippines. Only to find out that nothing not even a country name node exist! :( “

Ouch. In my case my surprise was “wait, nobody thought about properly mapping amenity=bicycle_parking in my city”?

Inspiring story, Congratulation for the whole decade with OSM.