A transcript of the SotM 2018 podcast 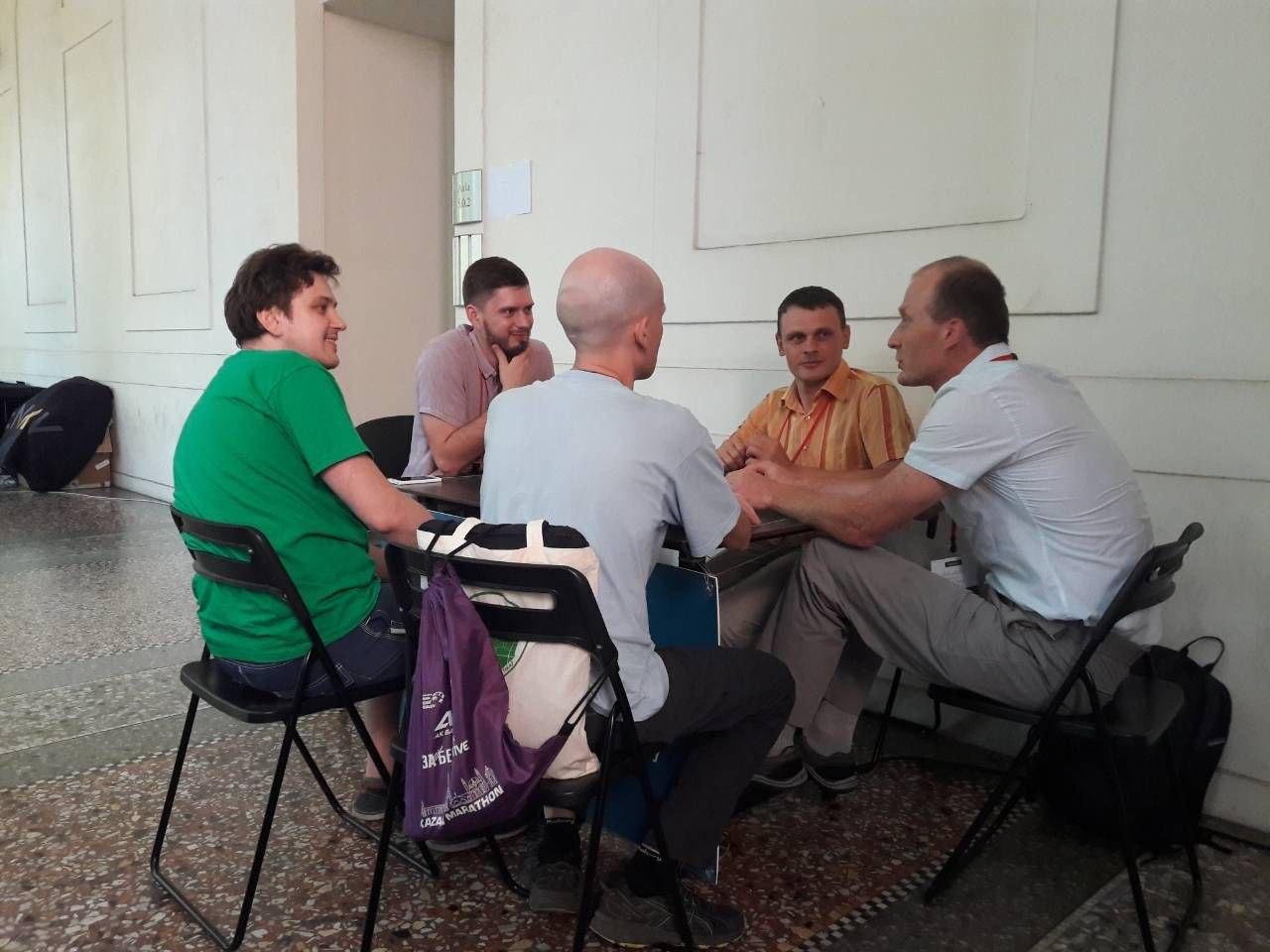 “There are empty territories, but then a question arises: if they are completely empty, then why should they be mapped? For some reason, the local people decided that they don’t need to map that.”

“We, as white men, are very privileged, and we simply do not see obstacles.”

“Why women can not program themselves an editor understandable to them, use tagging schemes that are necessary for women…“

“What this is about, is that Mapbox ruined the vector tiles for OSM.”

“To sum it up, we see that OSM is turning into Google Map Maker.”

Last week there was a big OpenStreetMap conference in Milan, where I obviously went. There were a lot of great talks, I met a hundred awesome people and shared many ideas. During the conference I wrote a live feed with thoughts and photos, though in Russian. That’s why I don’t plan to write a separate blog post: I’ve written enough.

At the end of the second day, when most people went to drink beer, me and four other attendees gathered to talk about OpenStreetMap and things learned at the conference. We recorded an 83 minute Russian-language podcast, which was shared on the live feed. But I also wanted to share it with the English-reading community, because some ideas from it were quite important, in my opinion.

Thus, I present to you a complete transcript of the podcast translated into English! I used Google Translate and spent couple hours on fixing words, so it should be understandable. I’d be happy if someone read it to the end and gave their thoughts on things discussed.

And I’d like to thank Dorothea again, who lent us a voice recorder. Without it, it would be unlikely the podcast could be deciphered at all.

It is somewhat unfortunate that you recorded it on Sunday so you could not take the Monday talks into account.

The idea of a layer-less rendering framework (which you seem to hint at in the discussion) is something i have contemplated as well. But this would be really hard to get people to warm up to since this is so firmly embedded into cartography and graphics design in general (and in fact clearly predates the digital age).

It’s great to see this, I miss your old frequency of WhatOSM posts (but who am I to talk), and had resigned myself to missing out on the details of your discussion which sounded interesting. So I’m now going to immerse myself in your transcript.

And please pass my regards & best wishes to vvoovv!

PS. @imagico: I’ve been thinking about layers and how deeply embedded in cartographic practice after reading the paper on stagnation in OSM. Here is a technology which truly hasnt changed.

If there are more men than women, or more Europeans than Africans, that means there is an imbalance or unequal participation. It doesn’t equate to discrimination. Discrimination is one of the “barriers” that cause this imbalance. OSM, as an “open” community, shall promote inclusiveness by eliminating these.

“Surely Northern Italy has enough trees to tempt @SK53 here” Not sure if I said that, or someone I was talking to.

Thanks for making this available, I really enjoyed reading this, and seeing the perspective of “five white men” on this conference ;-) … Nice selection of topics to discuss.

As you assumed, the combo of auto-translation + your edit work was enough to make it understandable. Just a very minor suggestion: replace “report” with “presentation” in most places, and it will be even more readable, as I think in most cases, you meant presentation.