When is a path not a path?

Posted by SomeoneElse on 16 January 2023 in English (English).

Just after the New Year, there were a few reports of people getting stuck and having to be rescued while hiking in the English Lake District.

There are writeups of this in “The Great Outdoors” magazine here and on Alex Roddie’s blog here. They really are worth reading - the consensus on IRC, Mastodon etc. was that the quality of the article was streets ahead of what you might expect to see in the generalist national press.

Lots has been written about how map and app developers can try and convey information to a user beyond “this is a way of getting from A to B” (including an OSM diary entry that I wrote in December 2022), so I won’t go over that again.

However, one particular quote from the Great Outdoors article did stand out for me, and it’s this:

A spokesperson for Keswick Mountain Rescue Team, which carried out the rescues, said: “There is no path via this route – only a scramble of loose scree which also requires the walker to negotiate the rocky outcrop of Slape Crag. It’s the scene of previous callouts.”

The reason why that stood out is that “path” can mean different things to different people:

Often the two coincide, and “where you’re supposed to go” matches “where people do actually go” correspond. Sometimes, however they don’t.

As an example, let’s imagine you want to go from the road north of Carlton near Helmsley to the old ruined buildings at Stork House, across the moor. That’s on Ordnance Survey map OL26, and you can also see that mapping at Bing maps here. You’re expecting the public bridleway to follow a track until a small bridge and then head left across moorland to Stork House.

At the western end there’s a public bridleway sign: 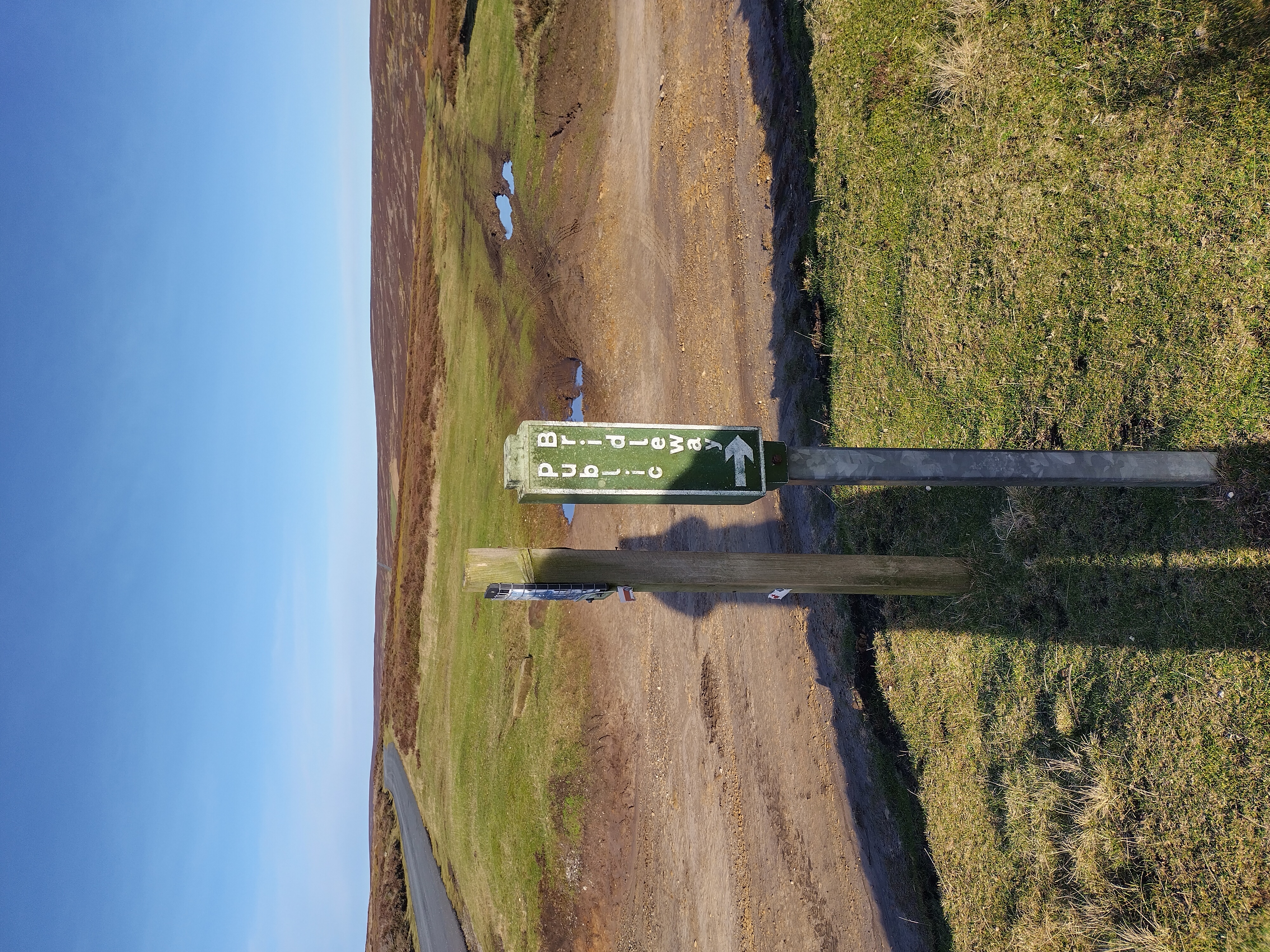 and the track is pretty clear: 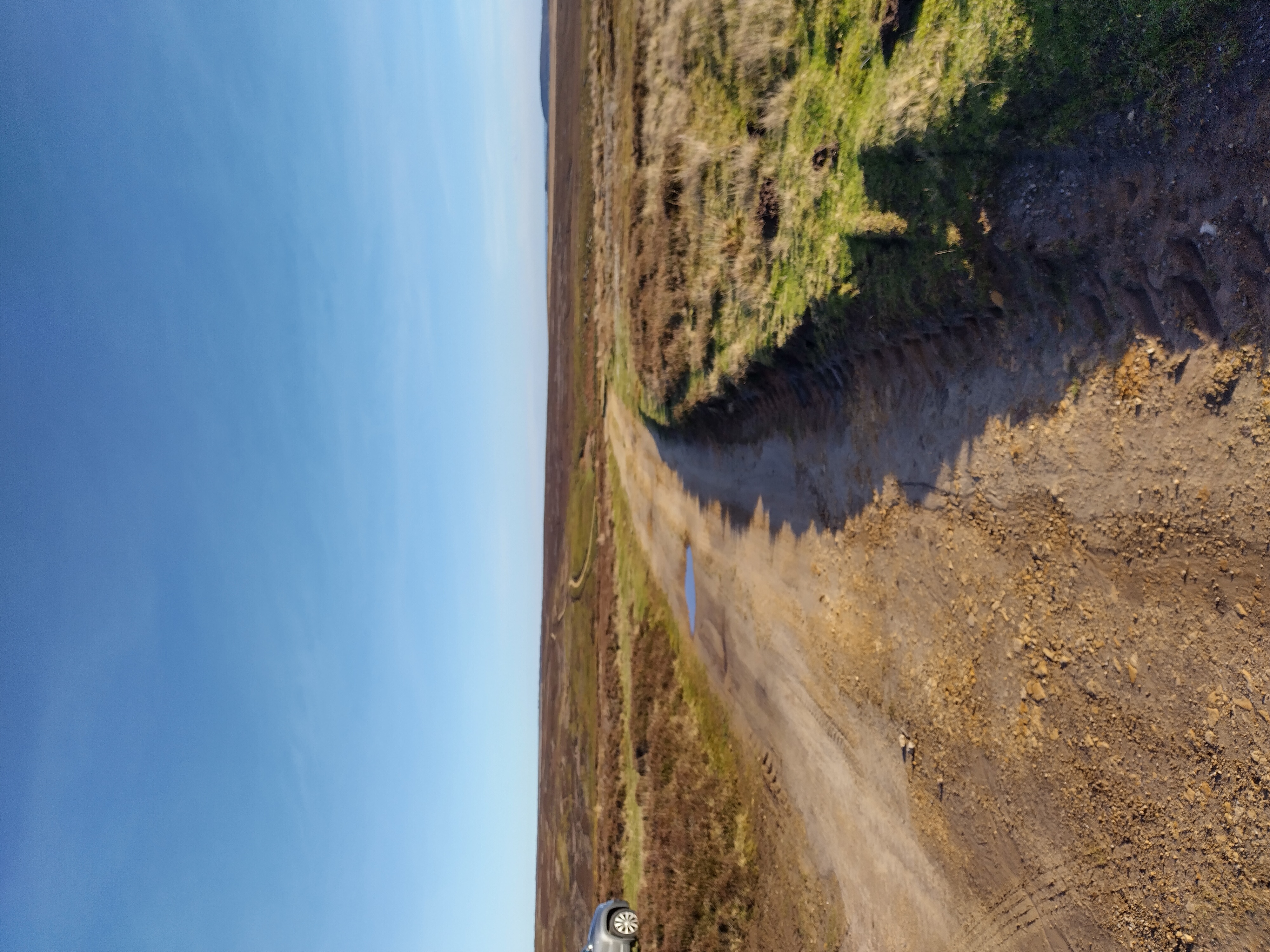 So off we go, accompanied by the calls of local grouse letting everyone know there is someone unexpected around. Soon, however, there is a bit of a problem - there’s no path visible northeast from the bridge 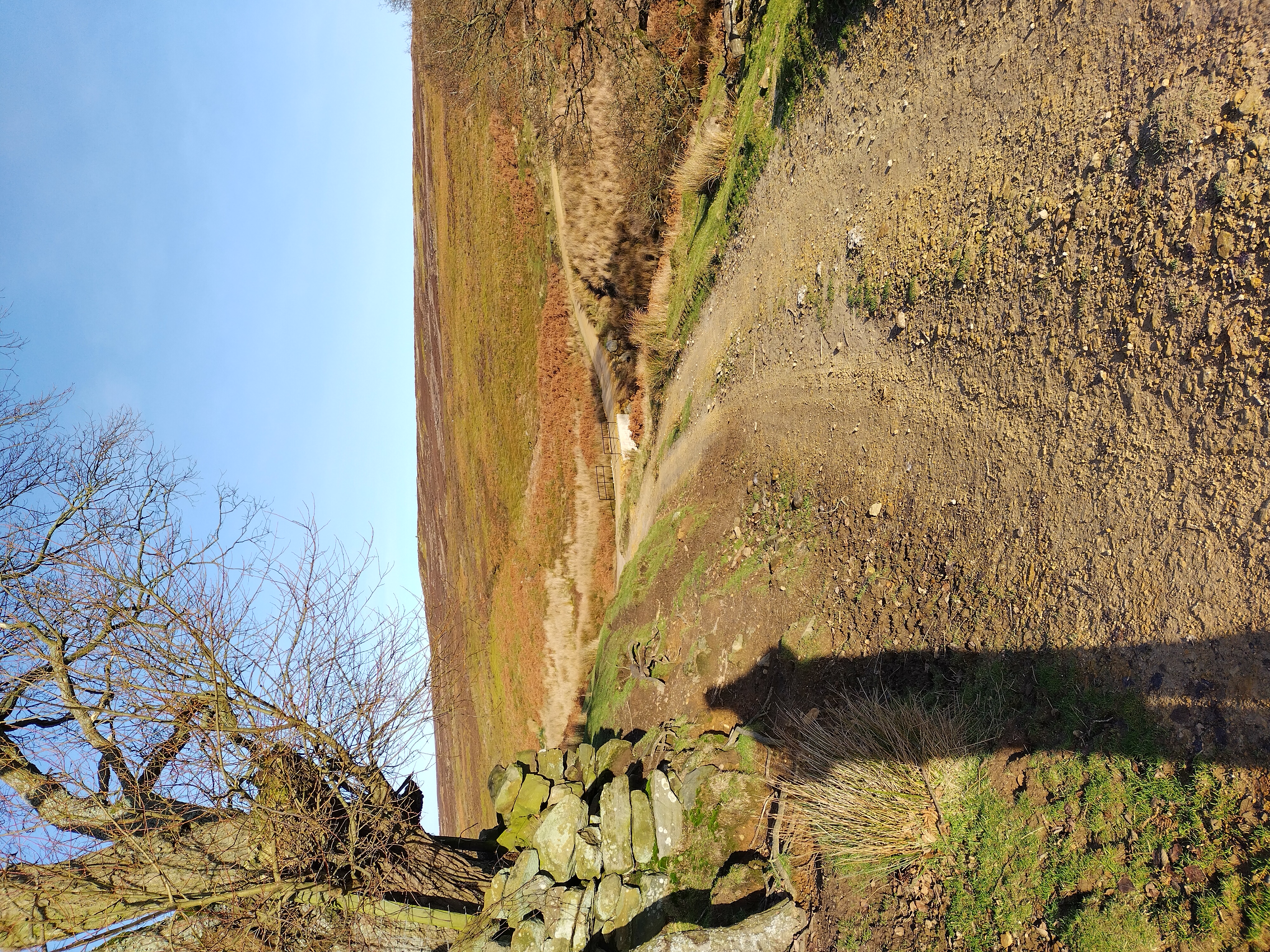 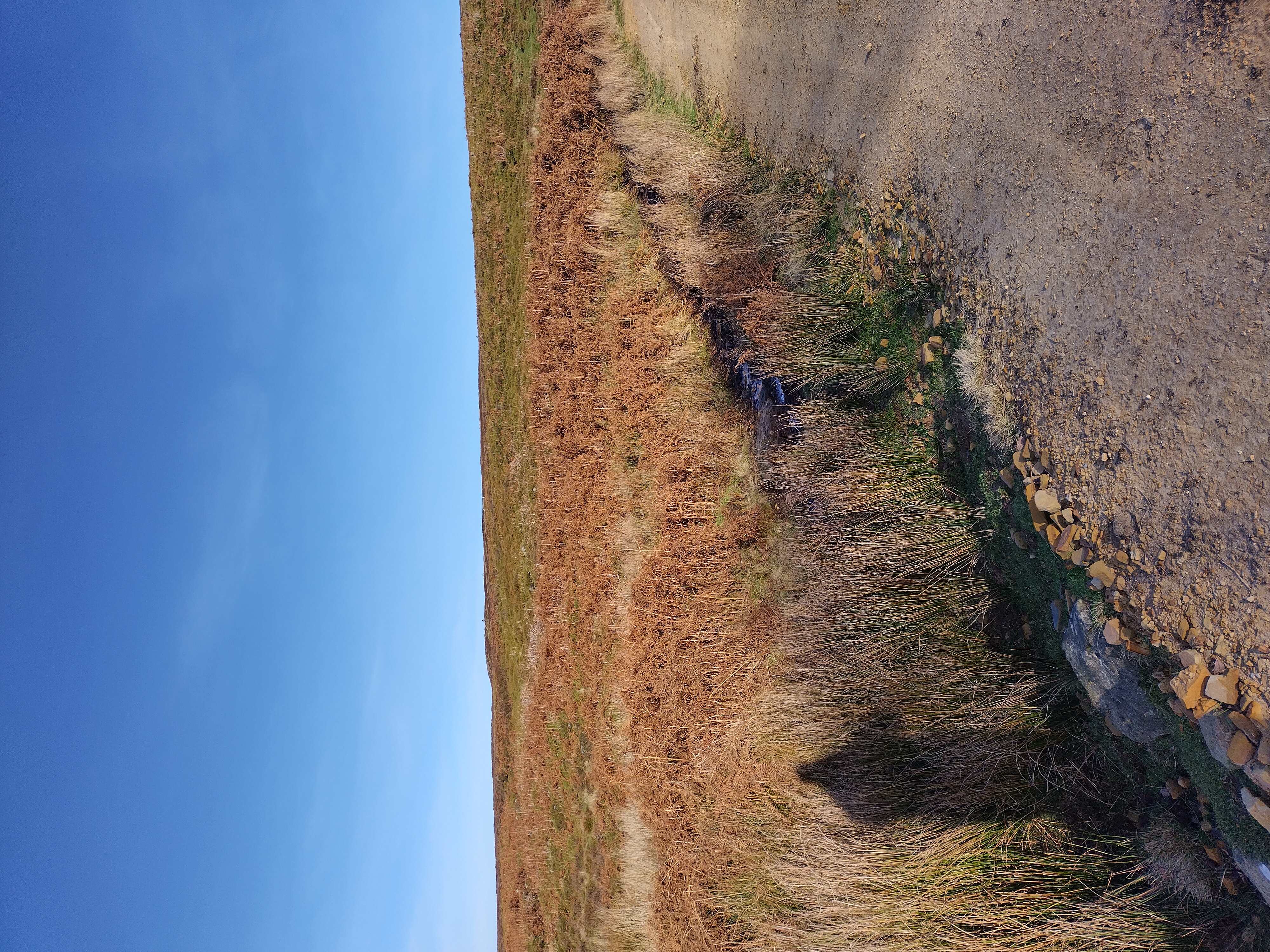 and there’s no “public bridleway” signage. Let’s carry on along the track for now. As the OS 1:25k maps attest, the moorland area is all access land, so public access on foot is allowed. Eventually we get to the guidepost here: 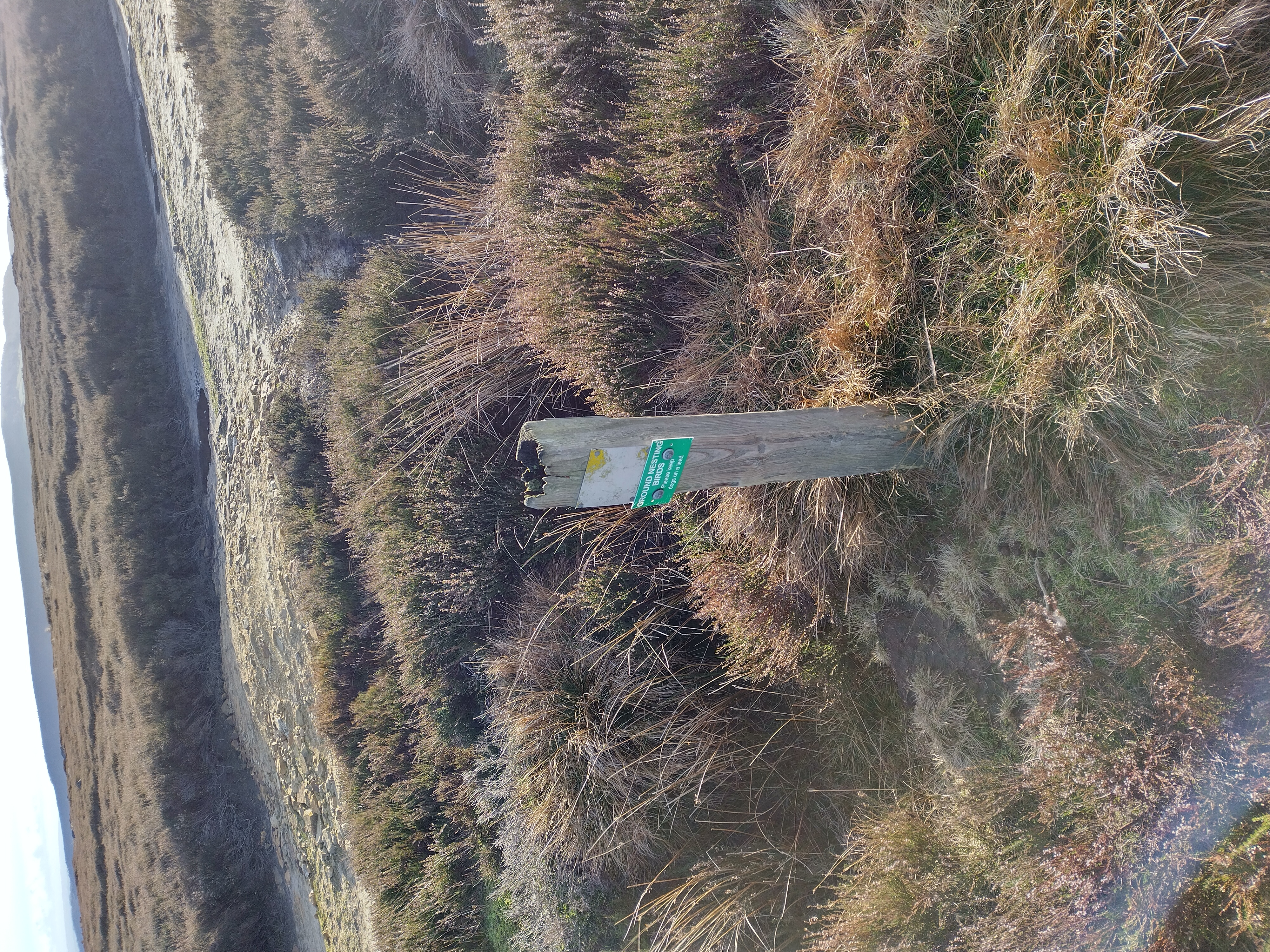 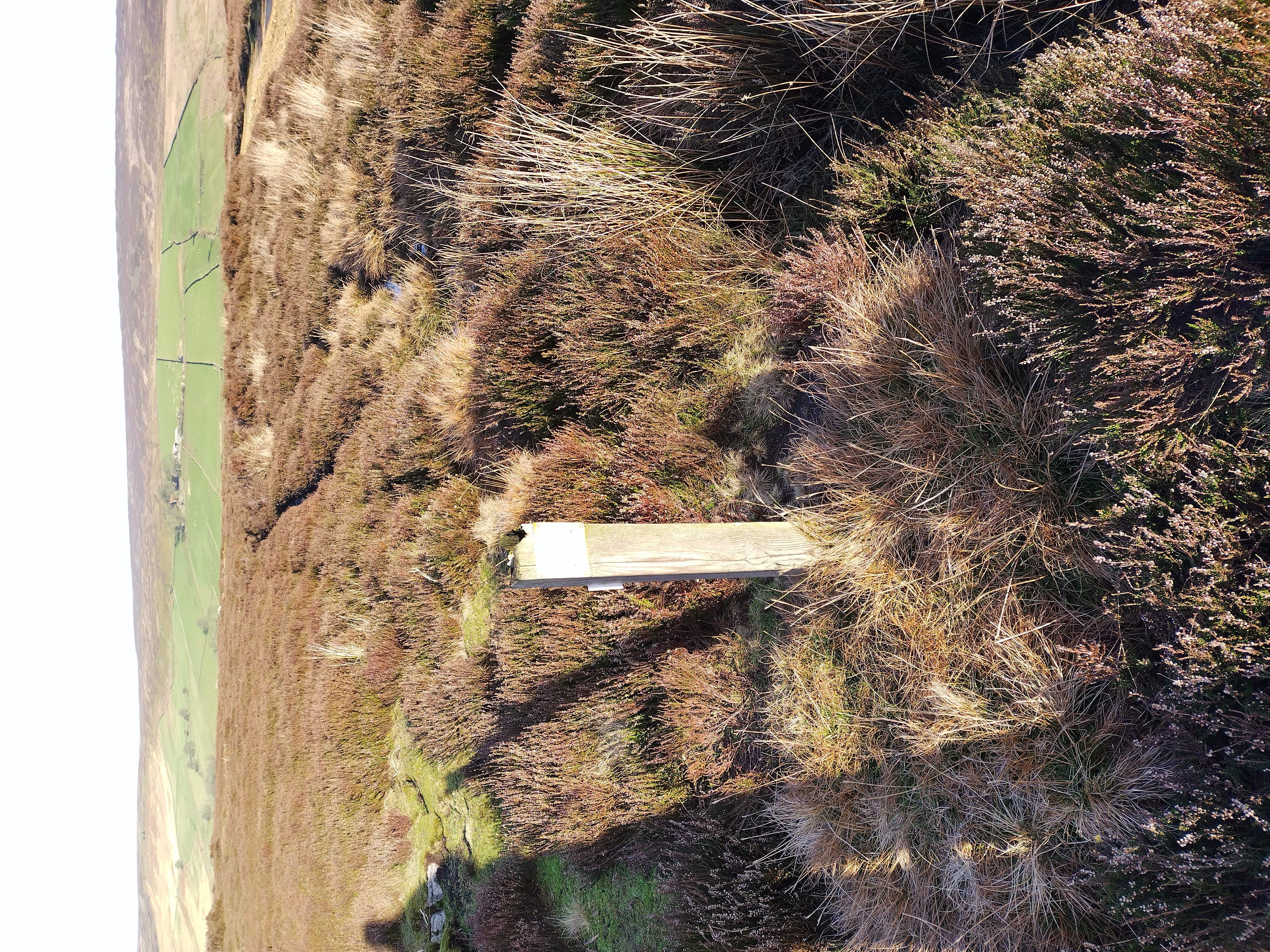 Although the paint has mostly worn off, it’s just about discernable as a “public bridleway” sign (well, it was last year when I first mapped it - a year later when I took these pictures it’s a bit less obvious). From there, the path that we need to take to get to Stork House is clear: 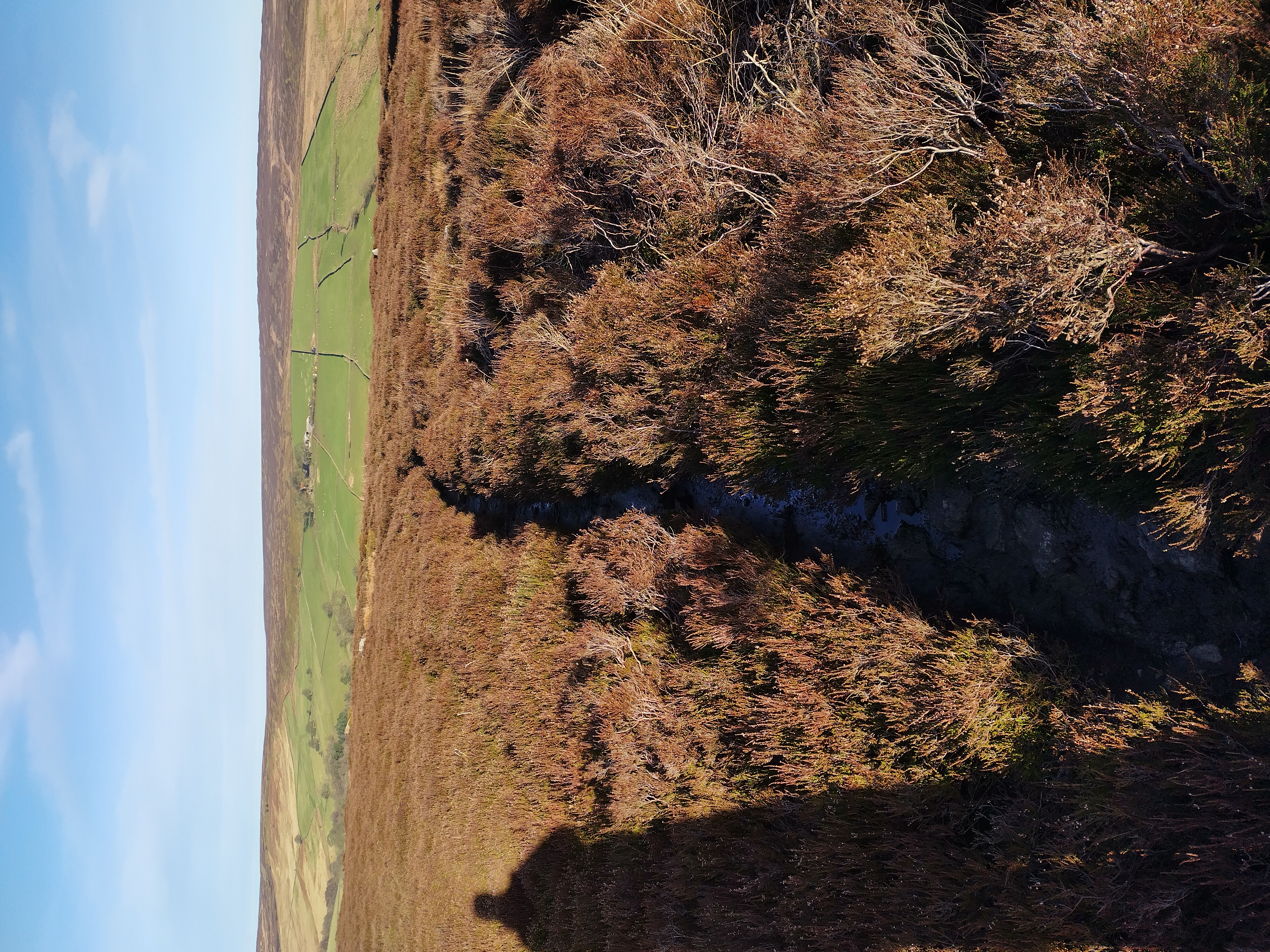 Soon, we can see the ruin of Stork House: 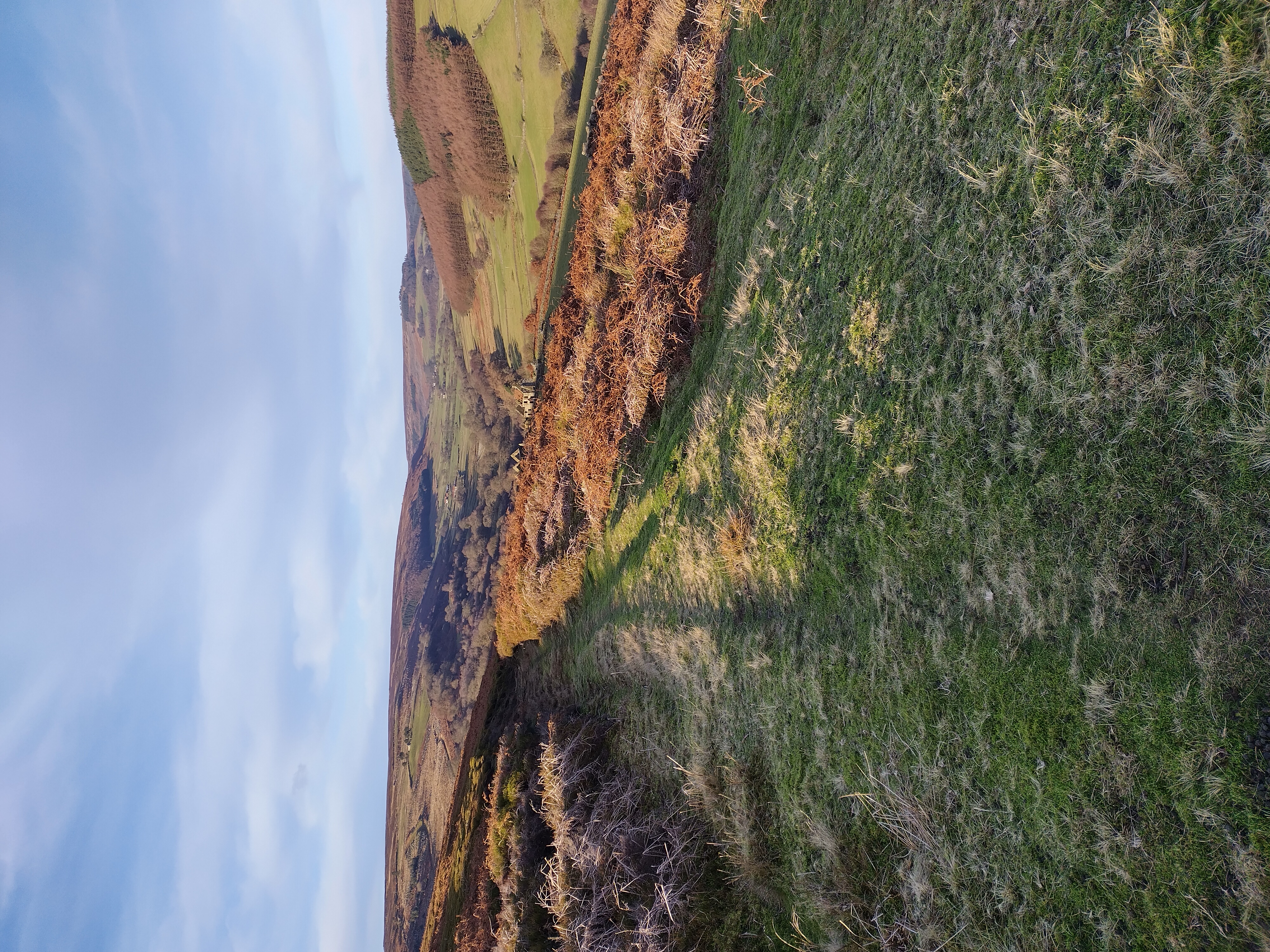 Not visible in that picture are the rabbits that scattered as soon as I walked down the hill. Eventually, we reach the point where the alleged bridleway that didn’t exist on the ground “joins” the path that we’re on: 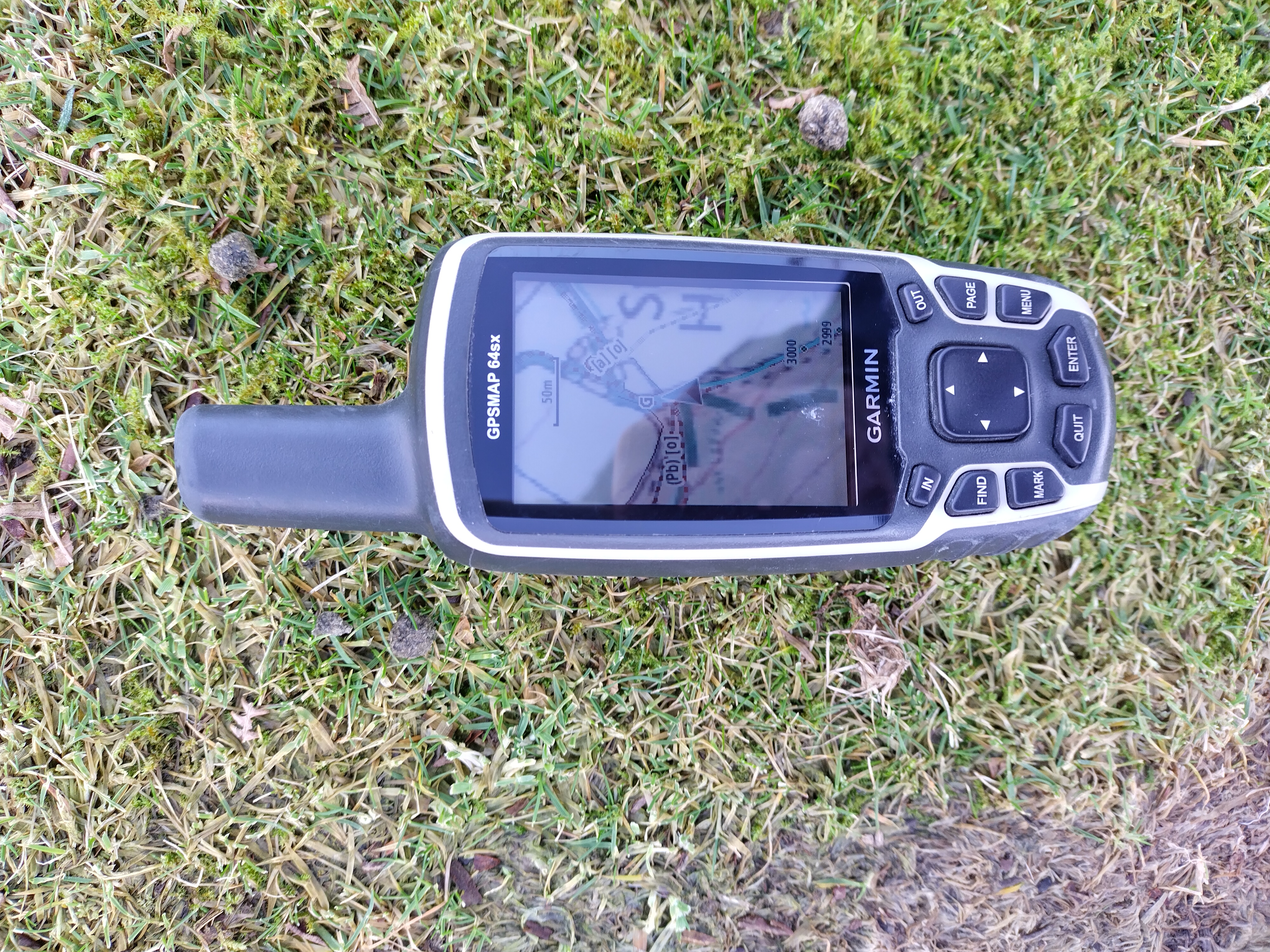 That Garmin picture shows an OSM-derived map that I created superimposed over OS Explorer Mapping. The green dashes are the alleged bridleway, the brown dashes are OSM paths, and the blue line is the route I’ve walked. So is there any sign of the bridleway marked on OS’ mapping from this side?

In that picture, the path we’ve walked in on from the southeast is on the left, and the bridleway route would go across the moorland to the right. There’s nothing obvious there. If we go through the gate into Stork House itself we can see that there are two plastic “public bridleway” signs: 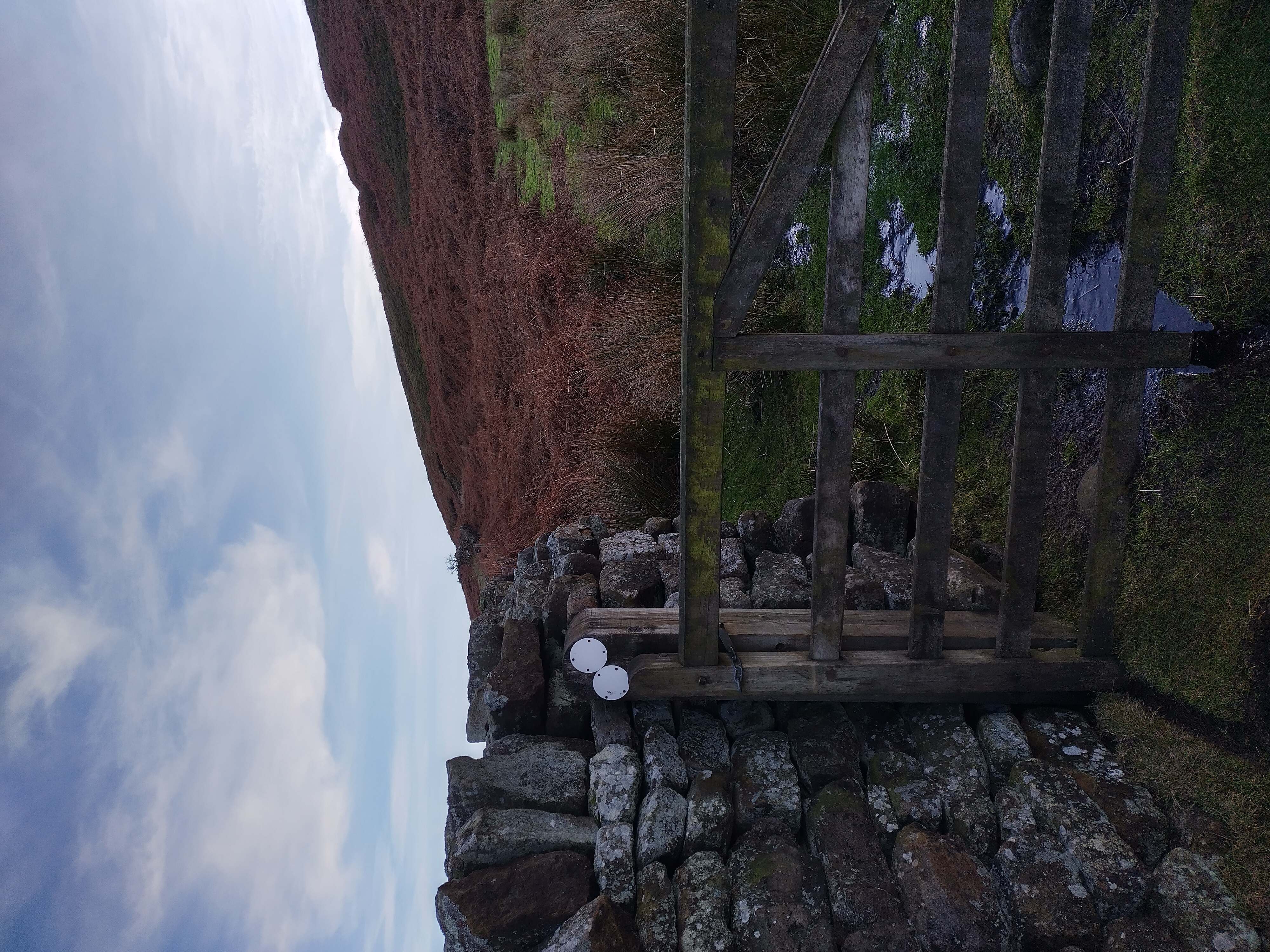 The blue colour has almost entirely worn off so the direction shown isn’t clear, but one presumably points back the way we came and the other to the northwest, where we’re expecting another bridleway to go.

One thing that I think we can say is that the non-existent-on-the-ground public bridleway doesn’t belong in OSM as any sort of path, as there simply isn’t a path on the ground there. Had there been fingerposts across open moorland then that probably would have been worth adding (perhap with a “trail_visibility=no” tag), but as there’s not even that, it’s really not worth adding as a path, despite appearing on OS maps and (in this area) being available from the local authority under an OSM-compatible licence.

As an aside on “trail_visibility”, it has been used around here. For example, the path across the road from where we started from is here: 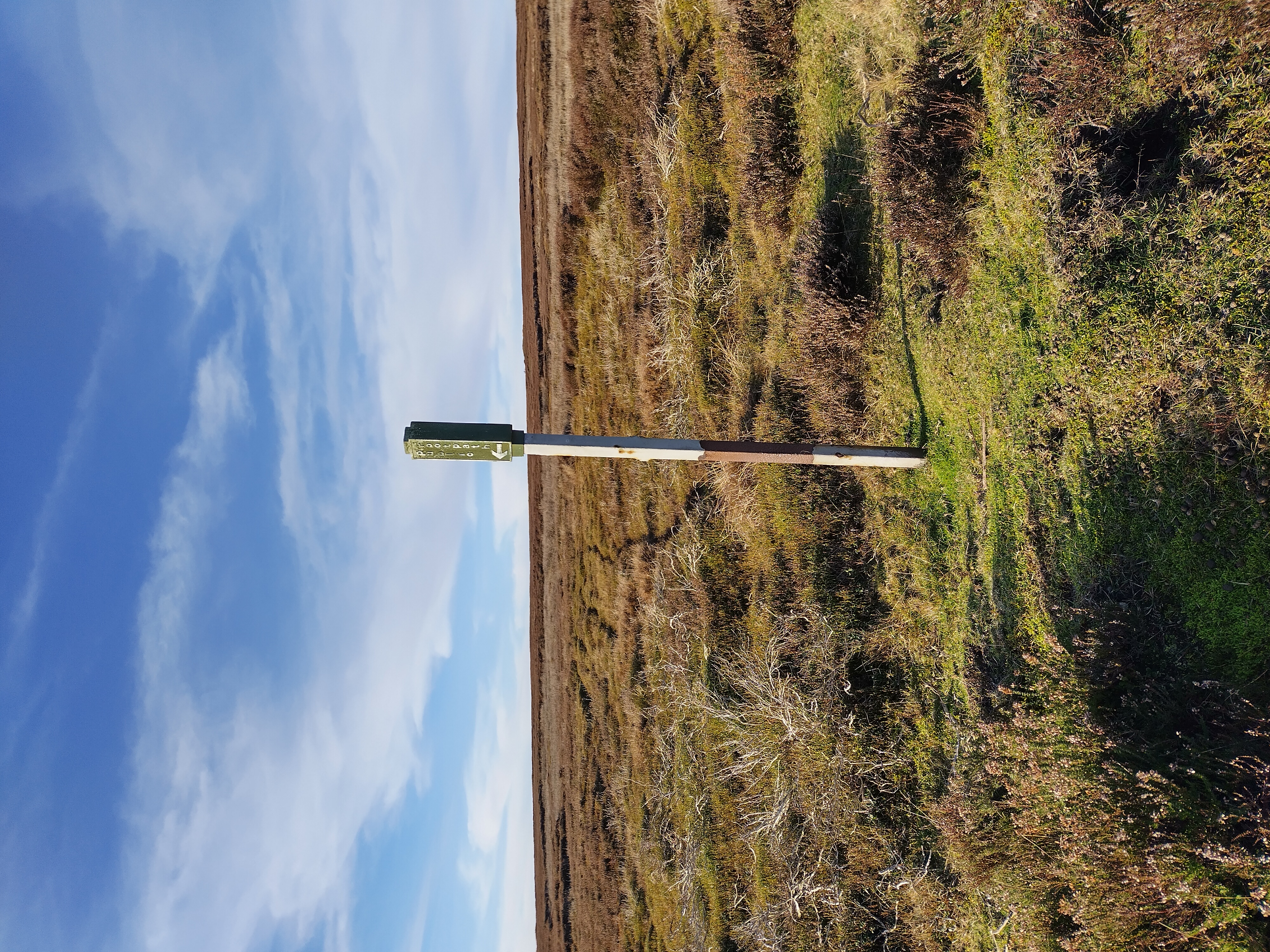 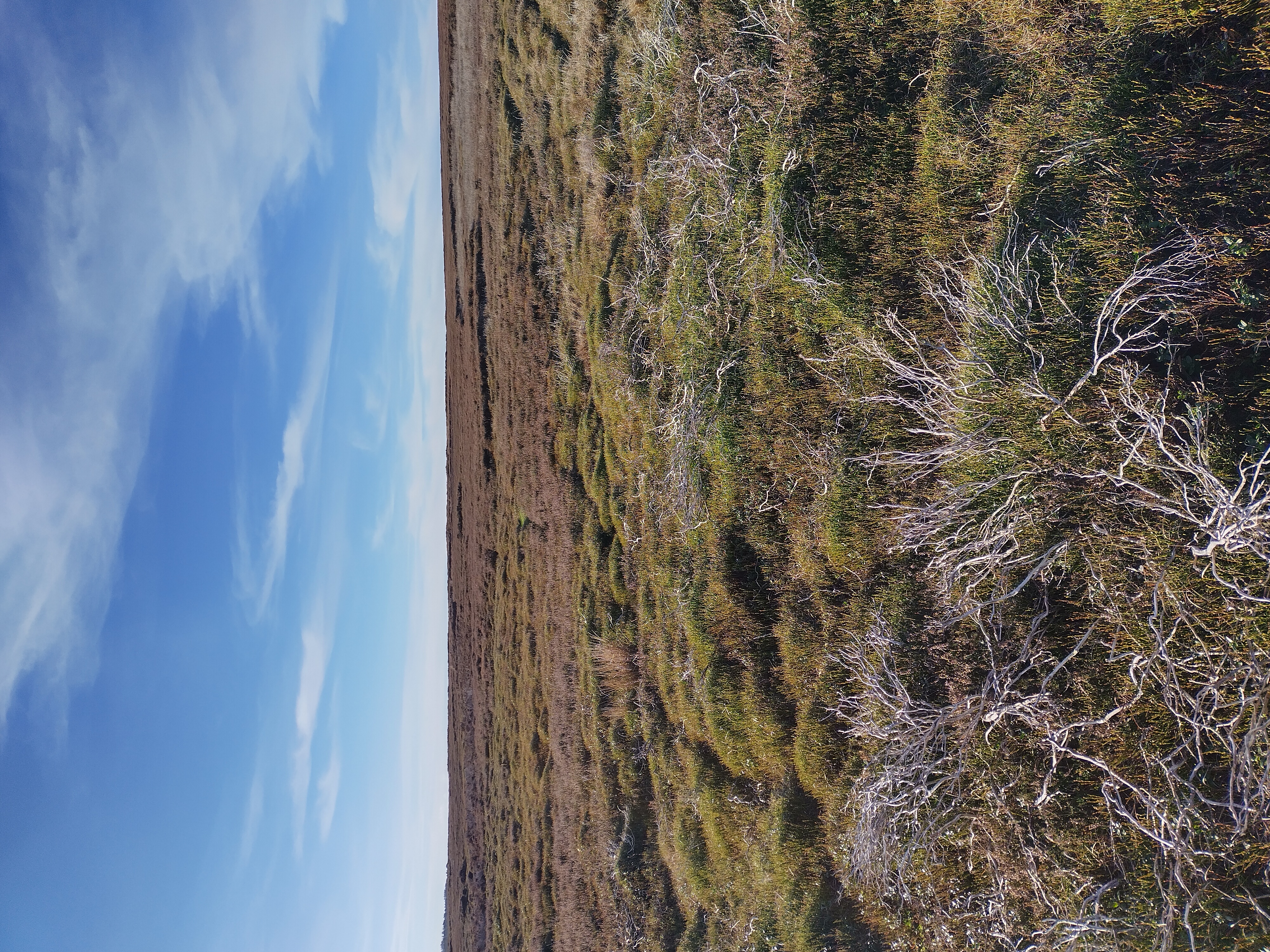 and isn’t very clear on the ground either, hence the “trail_visibility” tag on it.

The second conclusion is that “on the ground legal signage” of routes can diff from what the local authority thinks the route ought to be, and where it does, and seems on survey to be “more correct” then it’s best that OSM reflects that, rather than the local authority’s view. That’s why, in OSM, I’ve marked the signed route a the bridleway (the blue dashes and dots here. The red line on that map is the overlay of local authority rights of way. Turn that off and you’re looking at data from OSM only.

Copyrights etc. in maps and screenshots:

Great write up. I’ve come across non existent paths mapped seemingly by blindly following OS before, a few times when out and about. I previously assumed the path was just mapped a while ago, or has grown over, but turns out it’s just rubbish data. Probably worth keeping the way tagged with eg was:highway, to stop people from remapping again from OS

@4004 I’ve tended to use something like was:highway (or some other lifecycle tag) when I can see a bit of the history. Here, though, there’s really nothing left on the ground at all - I’ve had a few goes at looking in different weather conditions. It is present as a “bridle road” on an 1852 OS map that the NLS have in their collection, as actually are a large number of other no-longer present paths.

On IRC SK53 suggested that the usage change to full-time grouse moor probably initiated the path change, and that does make sense - I’m pretty sure that that resulted in creation of the wide vehicular access track that you can see in the pictures above.

It is not that much different here in Tyrol (Austria). Administrative data by the BEV (the local OS) contains both outdated and plain rubbish pathways, all the wile being quite precise on what is there most often. At times, some of the paths they map have special appeal in rare occurrences, because local law does not allow to create new paths, but allows grooming paths existing on paper.