Posted by SomeoneElse on 15 November 2020 in English (English). 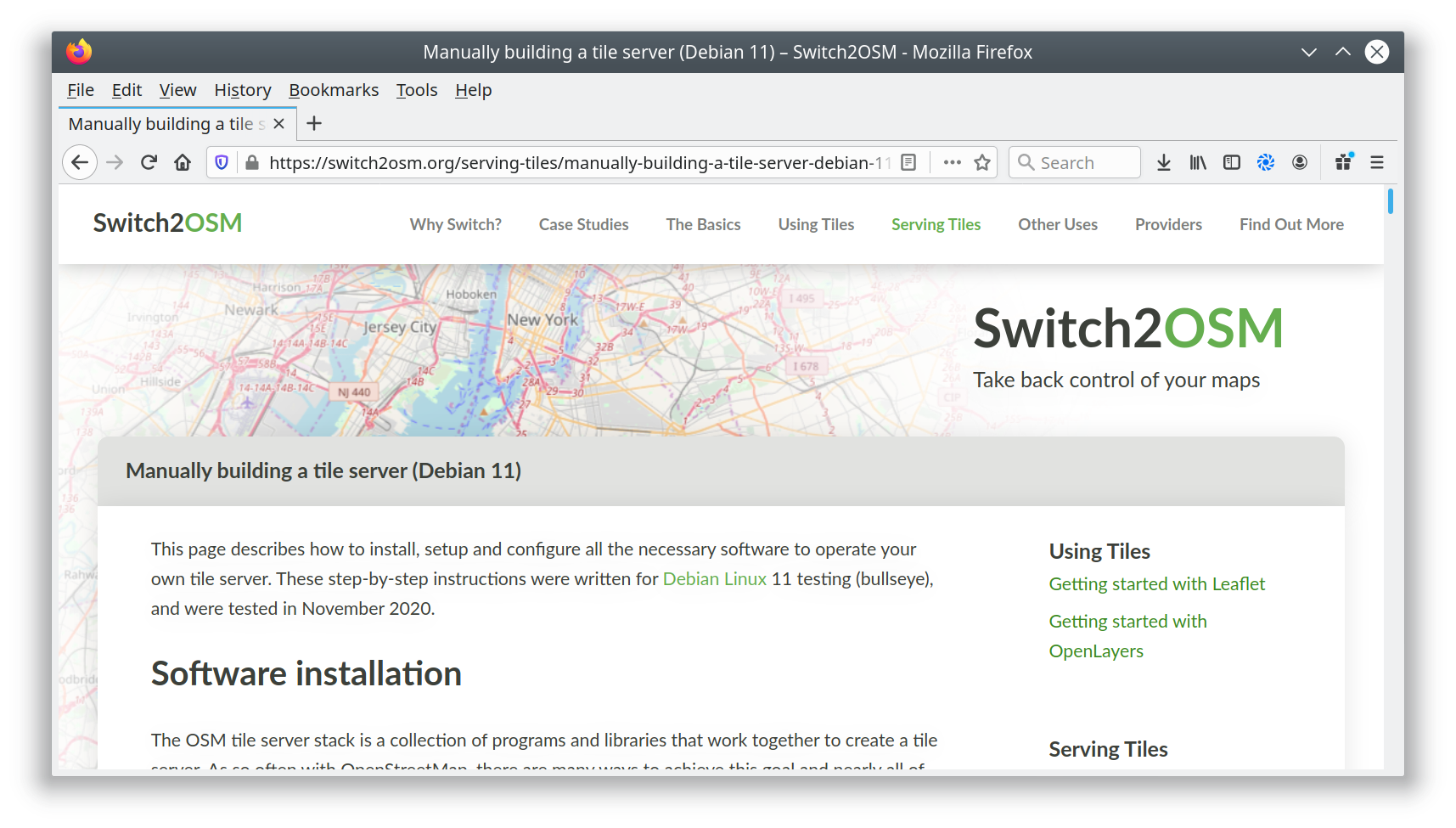 I’ve added a new page to the switch2osm guide: “Manually building a tile server (Debian 11)”. The Debian developers have worked to include the required software inside Debian 11, so there’s actually less setup work needed than in previous versions.

Debian 11 has not yet been released; it’s still “testing”, so there may be minor changes along the path to release. Also, there’s currently a temporary problem with the Natural Earth download site that requires a workaround, but that’s documented in the guide. When that is resolved I’ll update the notes.

I’ve not yet linked the new page into the menus because I want to give people a chance to test it and identify any problems first. Once that’s happened, I’ll add it to the “Serving Tiles” menu.

Thank you for this tutorial !

Following a couple of comments and some corrections, I’ve now linked this into the menus.

Apparently Natural Earth has broken again, and OSM Carto has added a workaround to their script, so the net result is no change should be needed to these tutorials.