Whilst writing my previous post on Welsh Heaths I discovered that a hill on the Llŷn Peninsula shown as heath in the Phase 1 survey has no landcover mapping on OSM. I walked up Myndydd Rhiw in 2008, just before I started contributing to OSM – so I failed to take enough photos. The weather was not very good that day so I’d opted for a car journey to visit locations on Llŷn rather than brave the rain in Snowdonia. Rhiw was the only place which wasn’t chosen because of personal associations: not only had we holidayed there several times during my childhood, but my great-grandmother’s family come from Llŷn, 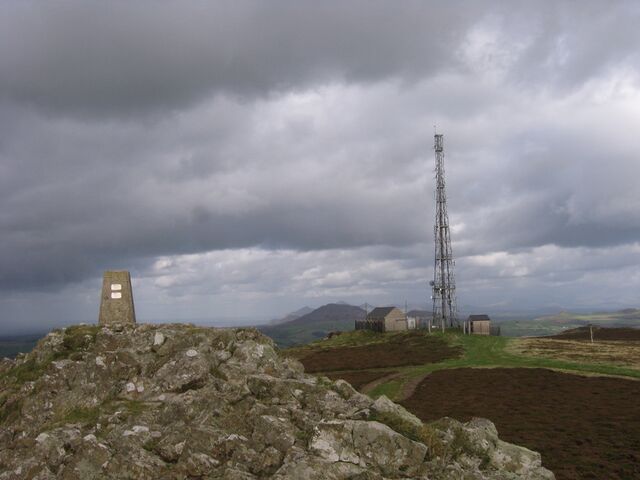 The Llŷn Peninsula consists of old rocks, those on the S side being Edicarian in age, with bands of Cambrian Rick’s along the North Coast, the two being separated by a fault. Intruded into these during the Caledonian Orogeny in the Ordivicaian are isolated groups of hills, mainly of granite. Mynydd Rhiw is the most westerly intrusion and is mafic (more basic than granite). These outcrops are distinctive not just from their height above the gently undulating farmland of the rest of Llyn, but also because even at a distance they obviously support heath vegetation, as seen in the photo below. 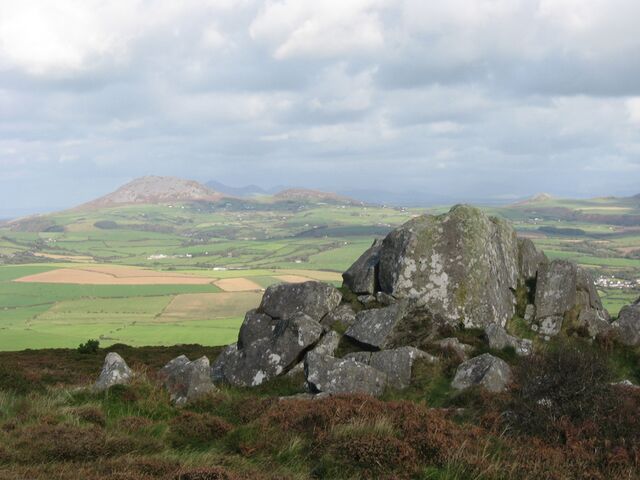 View NE from the road under Mynydd Rhiw

I’ve used a few suitable photos from that visit to show an example of “Dry Heath” from the Phase 1 classification I described in my earlier post.

Some, but not all of the open area on top of the hill is owned by the National Trust, as can be seen on their land-holding map.

Although I have my own recollections and photos and the Phase 1 habitat data, actually determining the boundary of the heath polygon is not straightforward:

On the other hand the entire area to be considered is quite clearly delineated on aerial imagery. The status of former forested areas cannot be discerned without a visit, but these are peripheral to the site anyway, so can be left for someone else. 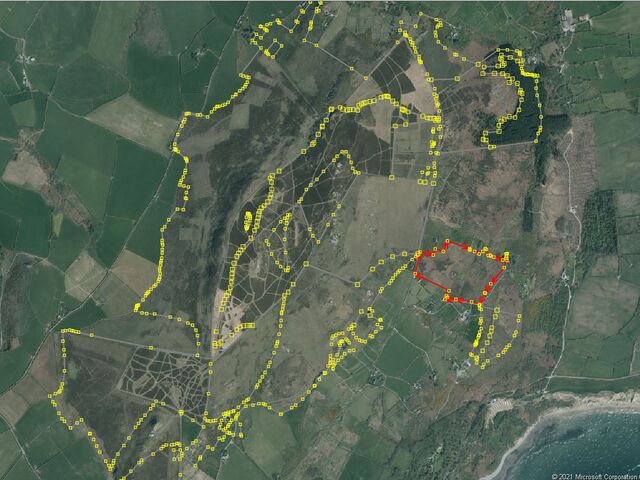 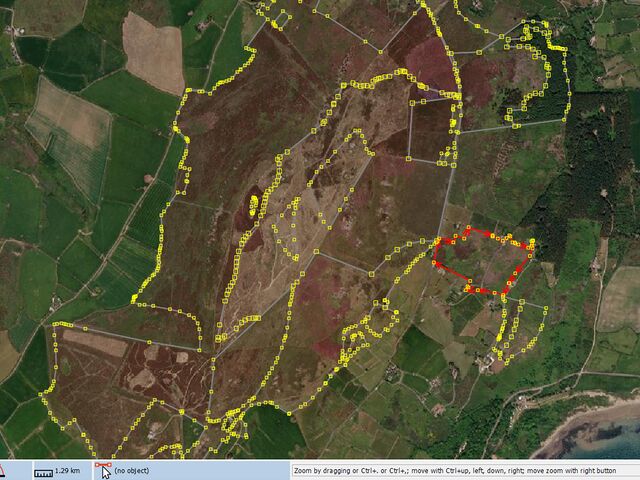 The changes in appearance of the heath area meant that I no longer felt able to use the Phase 1 polygons directly.Instead I used them as a guide for splitting the heath area into several polygons, largely aligned with the stone walls and property parcel boundaries. The major divisions were between the top of the hill which in all imagery shows heath vegetation, and the sides of the hill which seem to show variable amounts of it (probably with a good admixture of stands of bracken).

The purpose of looking at Mynydd Rhiw was to use better evidence to map a small well identified heath. Instead I show that even with goodish information high quality mapping really requires a recent on-the-ground visit. 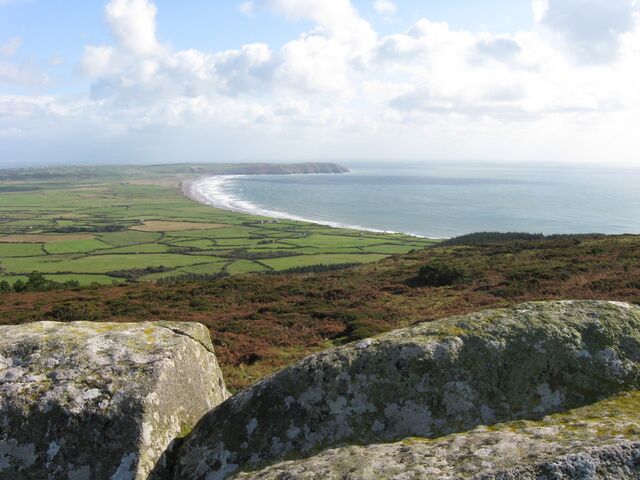 If you do fancy visiting, the views south to Porth Neigwl (“Hell’s Mouth”) are first rate!

Nice post; it’s nice to read about this kind of mapping-adventures.