I guess I didn’t keep up with this diary. I’ve been busy since that first entry.

I’ve gone through both Cleveland National Forest and San Bernardino National Forest to fill in and tag forest roads and trails. At this point, both forests should have all of the official routes of travel with their official names and refs. There will be some differences between OSM and the FS Topo data source where conditions on the ground are different from what USFS has in their data set.

I also worked with a team of mappers to update all the Sq___ names that were changed by BGN/USGS in both OSM and Wikidata. (See https://www.doi.gov/pressreleases/interior-department-completes-removal-sq-federal-use and https://edits.nationalmap.gov/apps/gaz-domestic/public/all-official-sq-names.) That made me really happy because the unfortunately named local “Squaw Tit” that I used in my backcountry navigation course is now appropriately named “Mat Kwa’Kurr.”

I have two things going on now. I’m filling in the roads that CBP has made in the Jacumba Wilderness Area. There’s been a lot of activity out there recently and some construction work on two new border wall segments. This activity is controversial for a number of reasons, so I think it’s important to document the impact CBP has had in the area.

I’m starting with the area around Superstition Mountain in Imperial County because it’s a popular area for off-road activities. The terrain there makes navigation challenging, so good maps can make a huge difference.

Unfortunately, the shifting sand dunes in the area also make mapping difficult. And the BLM data is not very good. The BLM tracks wander off into places where there are no tracks on the ground. And the BLM tracks take some improbably dangerous routes over surface features, like crossing the sharp crest of a soft sand dune. 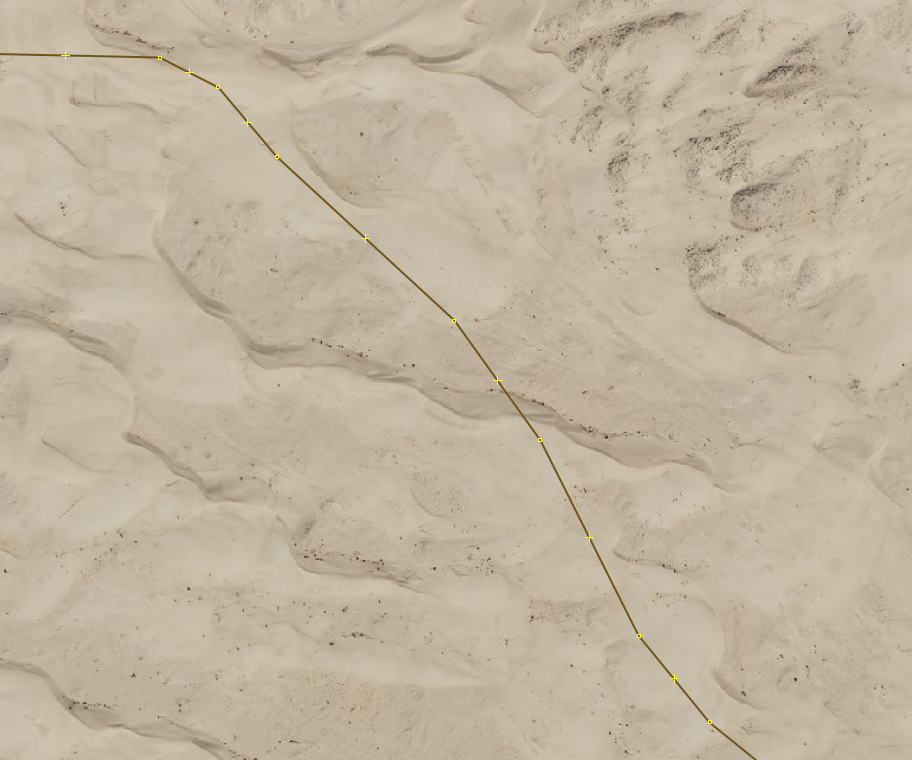 Reconciling the official BLM data with actual tracks on the ground is going to take some work.

[Edit] And then there are mysteries like this BLM 337 motorized route. 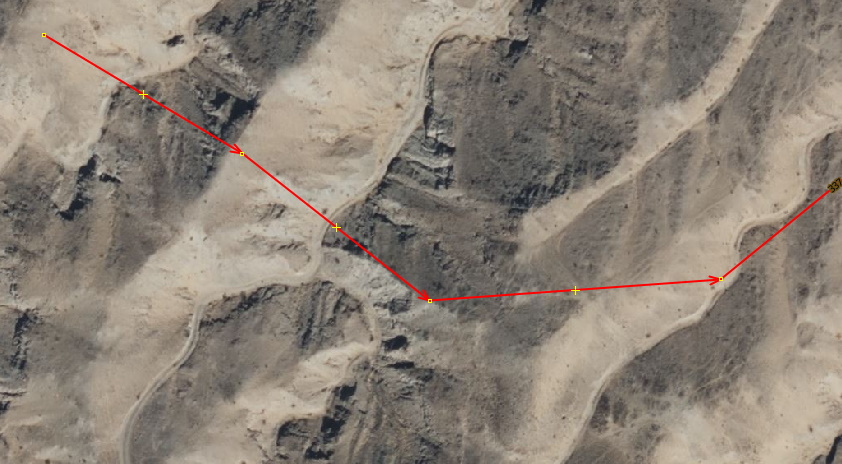 There’s some dual track in one of the canyons for scale. I’ve been out there. There’s no way a wheeled vehicle could follow that route from the BLM data. And it’s not like the data is just offset or poorly aligned. BLM’s PDF map of route of travel clearly distinguishes this route from the nearby paved service road, which is the only other similar feature in the area.

It’s not quite as bad as another BLM motorized route nearby that literally goes over the edge of a cliff. But I’m going to have to try to call the local field office about this. Sadly, they’re understaffed and I’ve never had any luck getting through to them.

Great work! PublicDomainOSM may eventually provide a means to give feedback to US federal agencies so they improve their public data.

Thanks @Skunkman56! I did see that work on feedback from PublicDomainOSM to US govt. agencies was underway. I’d really like to see that happen, especially with BLM routes where the data quality is not that good. If there’s an opportunity to try out working with feedback to BLM, USFS, or USGS, I’d be up for that.