Today, November 8, is the fifth anniversary of Typhoon Haiyan, known locally as Typhoon Yolanda, making landfall in the Philippines. This devastating typhoon, which broke the record for being the strongest landfalling tropical cyclone in history, had a lasting impact on the country and its effects are still affecting Filipinos to this day.

For the OSM Philippines community in particular, Typhoon Haiyan radically transformed what it meant to volunteer our time, effort, and resources to map and provide freely accessible geographic data for the country.

Before, the local OSM community was a pretty small group of hobbyist mappers who enjoyed going outside to map and share information about the places we live, work, and play in. But Haiyan showed us that the work we do in mapping the Philippines can sometimes mean the difference between life and death. Past typhoons and storms like Ketsana (Ondoy), Washi (Sendong), Bopha (Pablo), and the 2013 Bohol earthquake had shown the potential of OSM in applications related to humanitarian efforts and disaster resilience, but Haiyan has thrown that into a painfully clear perspective. 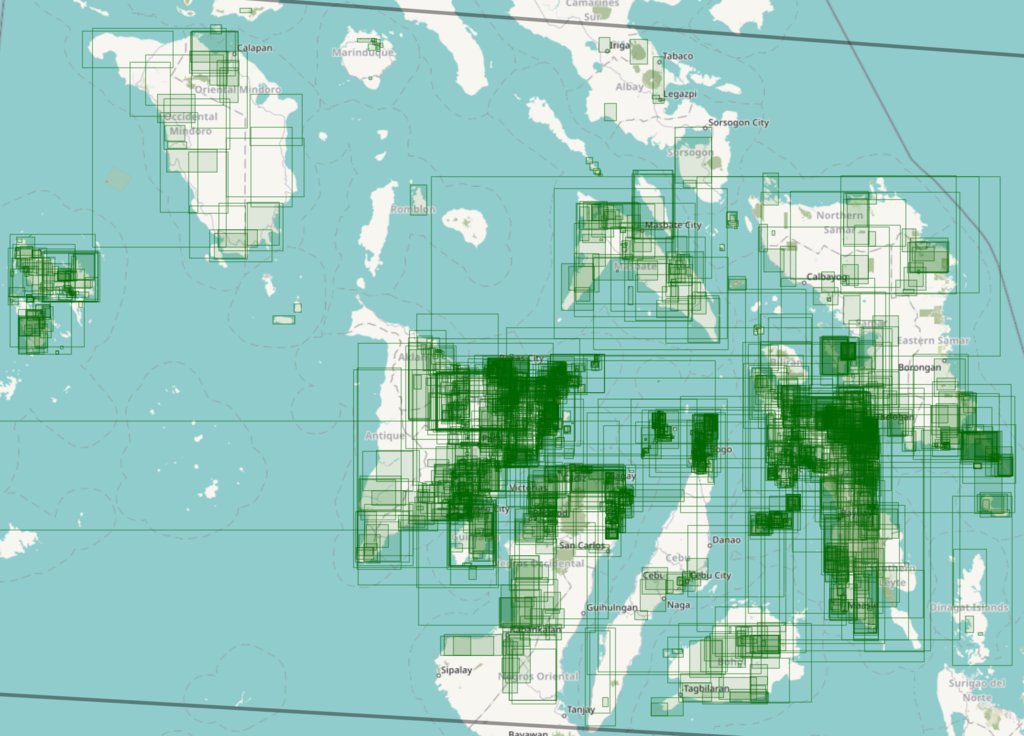 A visualization of the mapping activity from thousands of mappers all over the world before, during, and after Typhoon Haiyan hit the Philippines. (Source)

In the five years since Haiyan, OSM Philippines had fully embraced mapping in the context of disaster resilience. Project NOAH (now UP NOAH and under the UP Resilience Institute) initiated several tasks to map several provinces in the country to provide exposure data. Various international aid agencies and organizations such as the American Red Cross, USAID, the United States Department of State, the Asian Development Bank, together with local groups such as the Philippine Red Cross and the Department of Social Welfare and Development, have organized mapathons and workshops to teach Filipinos how to map and use OSM. At the same time, smaller initiatives like MapAmore, Map the Philippines, and the two PH YouthMappers chapters (FEU Tech and UP Diliman) have also pitched in with resources and events of their own.

Haiyan has transformed OSM in the Philippines. Who knows what the next five years can bring us? 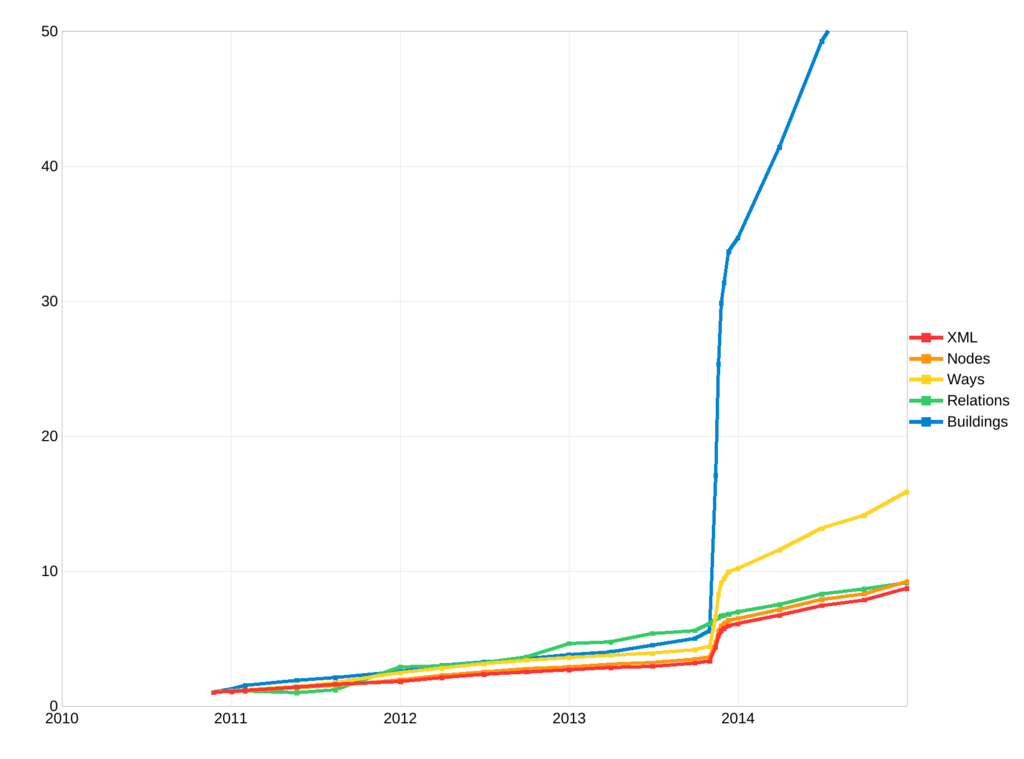 A line graph showing the extreme spike in the growth of OSM data for the Philippines as a result of mapping for Typhoon Haiyan.

P.S. I am aware that there are many mappers who are less than enthusiastic with the involvement of humanitarian people and organizations (like the Humanitarian OpenStreetMap Team and Missing Maps) in OpenStreetMap, but as a mapper from a country that is the the third most vulnerable to natural disasters according to the World Risk Index, I am most definitely not one of them.