A new layer with street names is available for Brazil

Taking the opportunity to scratch some things from the endless to-do list, I asked MapTiler if they could host some layers for us, the Brazilian OpenStreetMap community.

I explained our needs and our limited resources (people, time, infrastructure, financial, etc.) and they accepted!

They were very solicitous, attentive and open in helping us (and thus, OpenStreetMap), and they deserve our thanks!

Nowadays we have the IBGE map of urban areas, which usually meets our needs in order to get the name of some street.

But we also know that in some places there is no data, lack or illegibility of names, etc.

For example, here in Londrina we can see that there is no name in several streets in the urban areas layer: 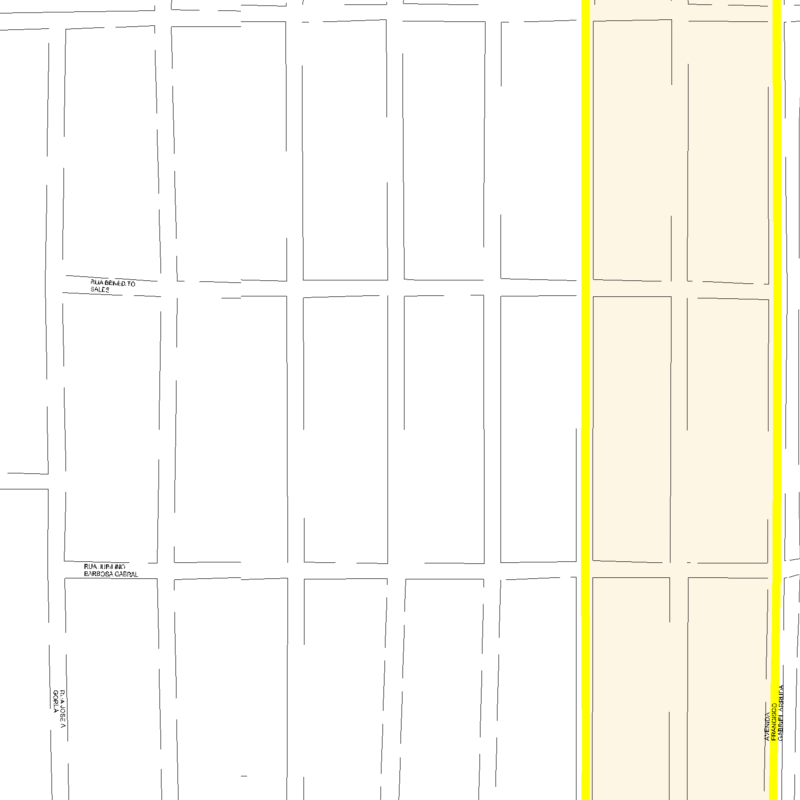 But we have this information available in the new layer: 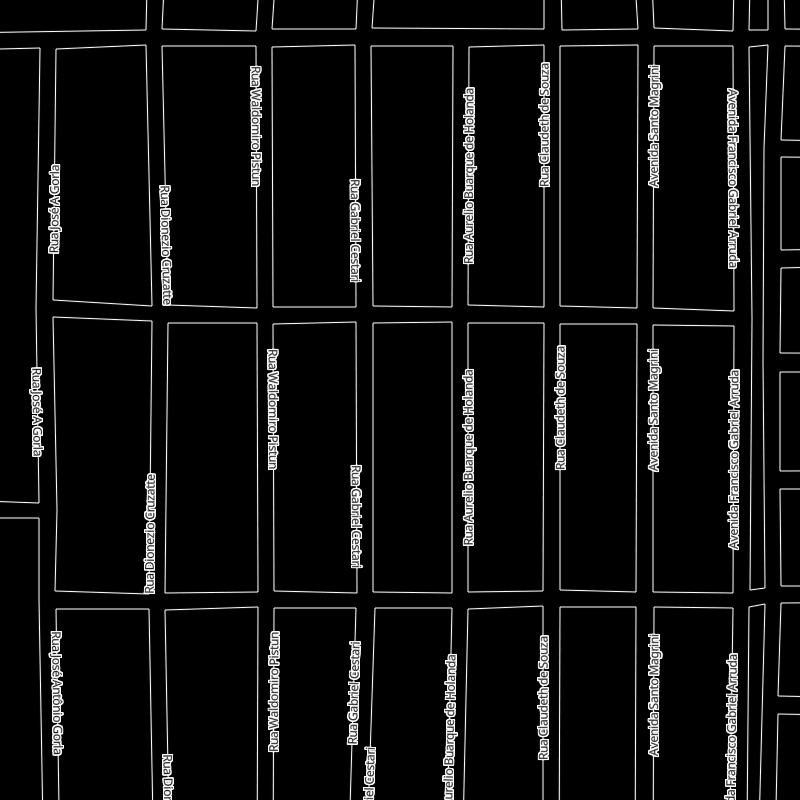 In Juazeiro do Norte we can see a “hole” in the current layer, without any information (not even the shape of the streets), but which can be complemented by the new layer: 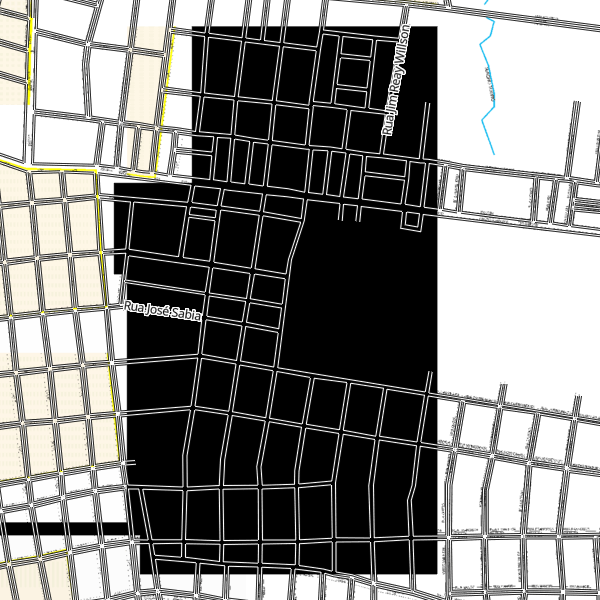 In Praia Grande we can see sections with a low legibility of the names: 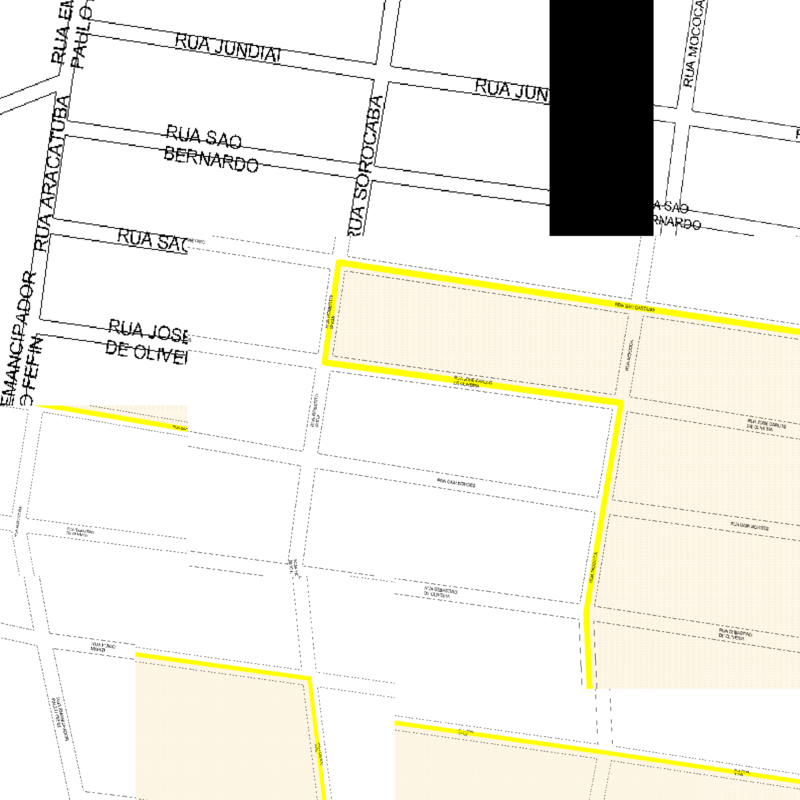 And that can also be improved with the use of the new layer: 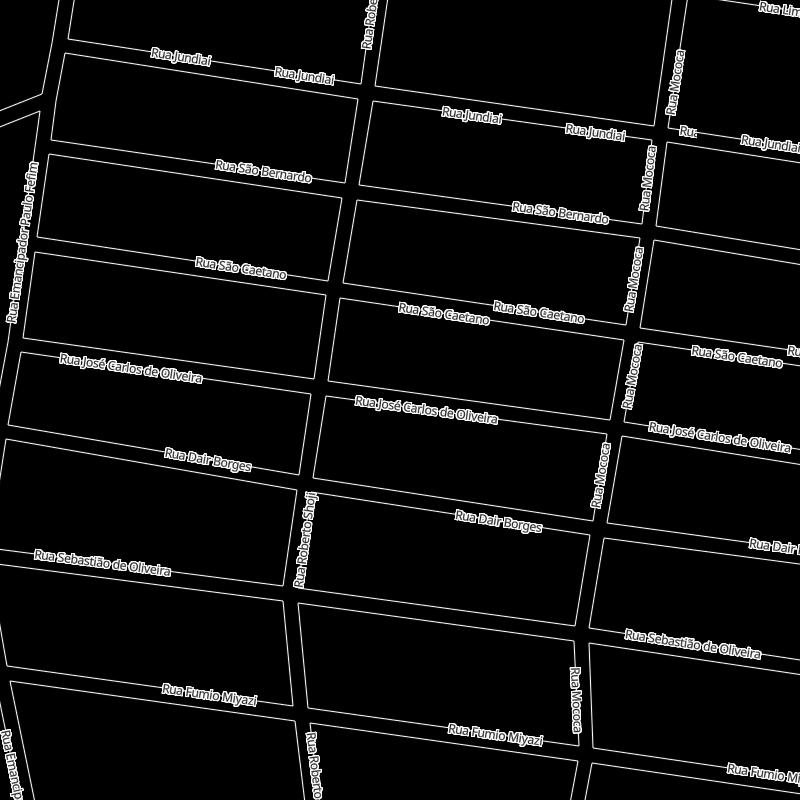 It is interesting to note that, in general, the data also align very well with the satellite images: 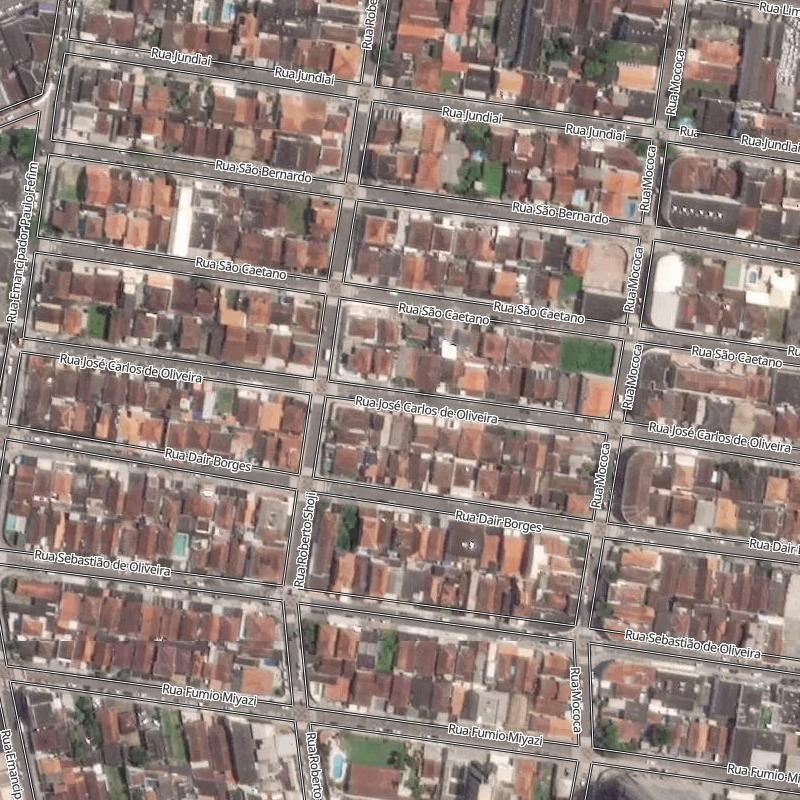 The layer is already available in JOSM (under the name of IBGE Street Names) and you can simply enable it.

In iD, for now, it is necessary to use a custom background layer, with the following address:

And for anyone using JOSM, depending on the version of Java that you’re using, you’ll need to use -Dhttps.protocols=TLSv1,TLSv1.1,TLSv1.2.
It’s a Java problem that causes sporadic errors while loading some tiles.

Finding streets without a name

An interesting thing to do is to use the no name layer made by Simon Poole (who also deserves a thanks for this service).

In JOSM the layer is named QA No Name; you can simply enable it and see the places that do not have a name (in red): 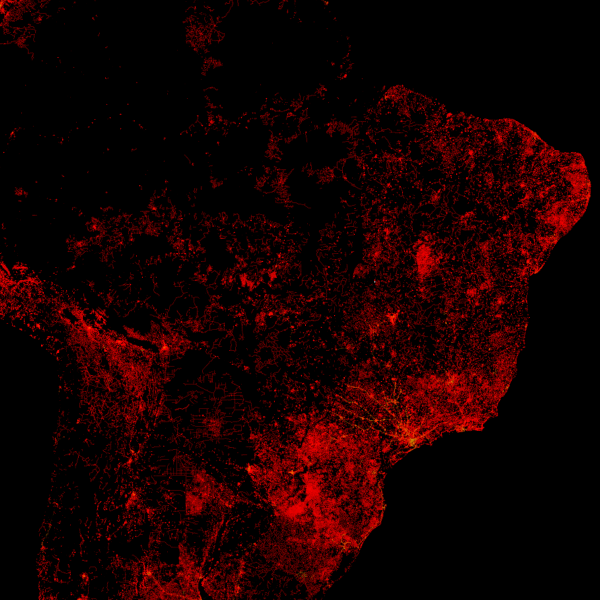 For example, in Lençóis Paulista it’s possible see that several streets are unnamed: 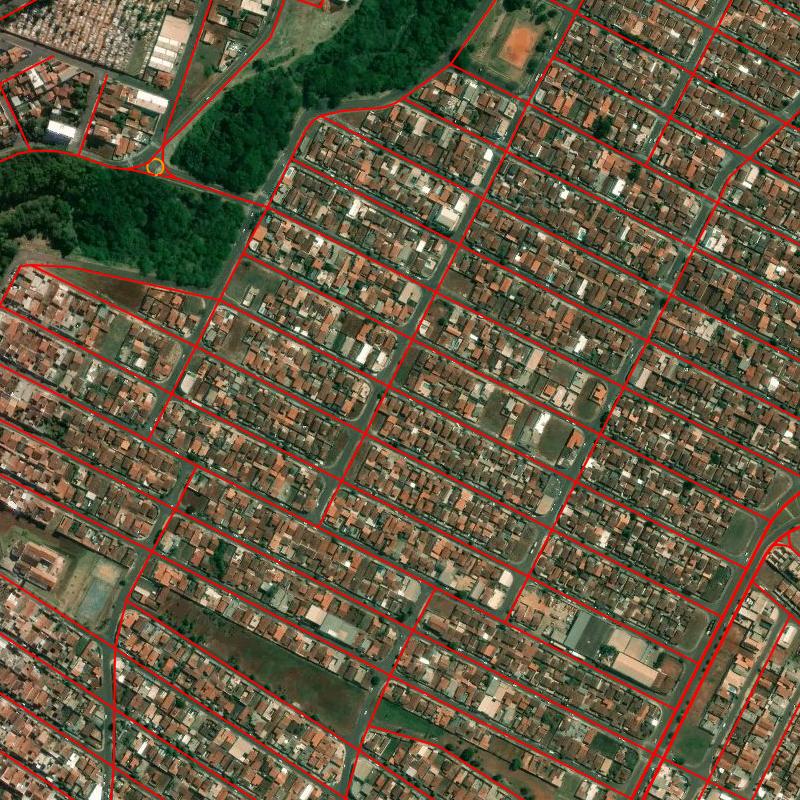 And we have this information in the new layer: 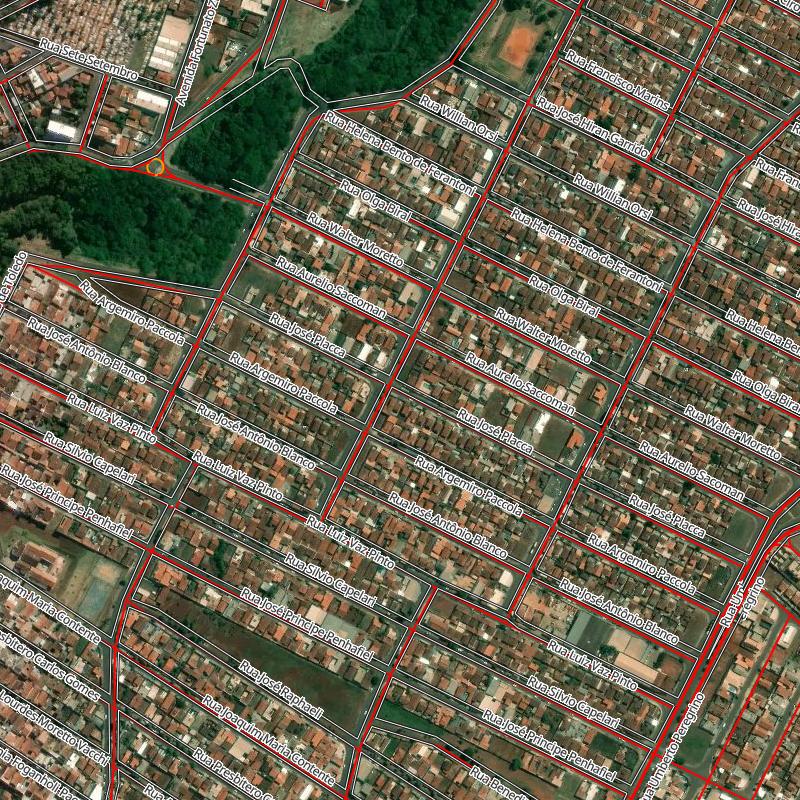 The data of this new layer is not always correct or complete.
For example, in Marília we have all the geometry of the streets, but there is no name: 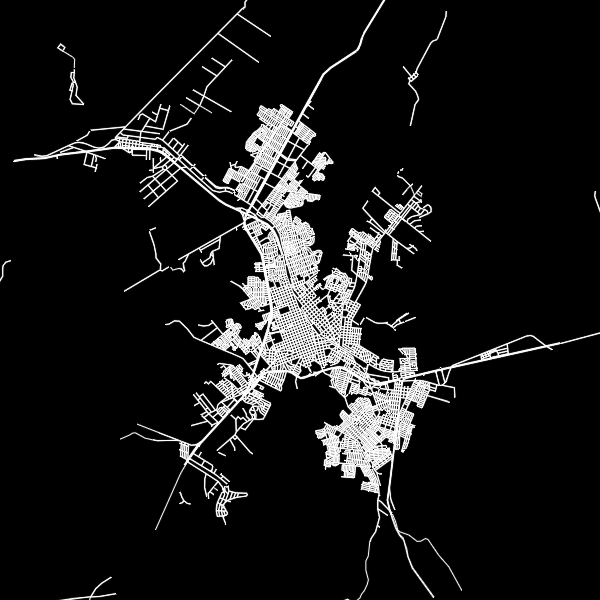 In some places the layer may only be used for geometry checking.

In other places there is a displacement problem and you can simply readjust the alignment of the layer inside the editor.

For Salvador and Distrito Federal, Wille has already provided layers with corrections for some of these problems.

Probably some other kinds of problem in other places will also be found over time.

This part is slightly smaller than the post in Portuguese (omitting some details perhaps more directed to Brazilians), but as you map the regions you are interested in, and using the layer, you just have to look for anything strange that you notice.

Again, it is good to remember that the IBGE data have displacement errors, lack of information or incorrect information.

Any kind of suggestion, error or something suspicious, please create a ticket in github, so that it can be verified later.

None of the layers (IBGE’s urban areas and street names) have all the data and they should be treated as complementary (the street name that does not exist in one maybe can be found in the other).

This should help to further improve the quality of our data.

The layer is synthetically described on the OSM wiki.

The service does not have unlimited resources and it is expected that there will be no abuse of it.

Sorry for the long text, for the delay in making this data accessible, sorry if I forgot something or if something needs to be improved/clarified (let me know) and thanks again to the nice guys at MapTiler.