Posted by mapmeld on 21 September 2022 in English (English).

I had planned to do monthly updates, but instead after a Europe trip, I returned home to a mostly-mapped Chicago and stopped editing so much.

I removed some OSM paths which made it look like you could enter the MGM Grand monorail station from the street level (you need to walk through the casino).

The new Caesar’s Forum conference center was well-marked with indoor mapping (restrooms , exits, etc. ) but the building did not appear shaded in on OSM. It’s unclear what was wrong, but I checked today and finally it’s appearing.

I was inspired to resume editing areas along the Myanmar-Laos-China border. A lot of times there are marked residential areas or some little bubbles of roads which should be connected to the larger road network. Other times, as previously discussed, there are large tracts of new construction in part due to the Belt and Road Initiative. I found myself making a lot more edits, and occasionally stumbling on roads which I previously edited in summer 2020. 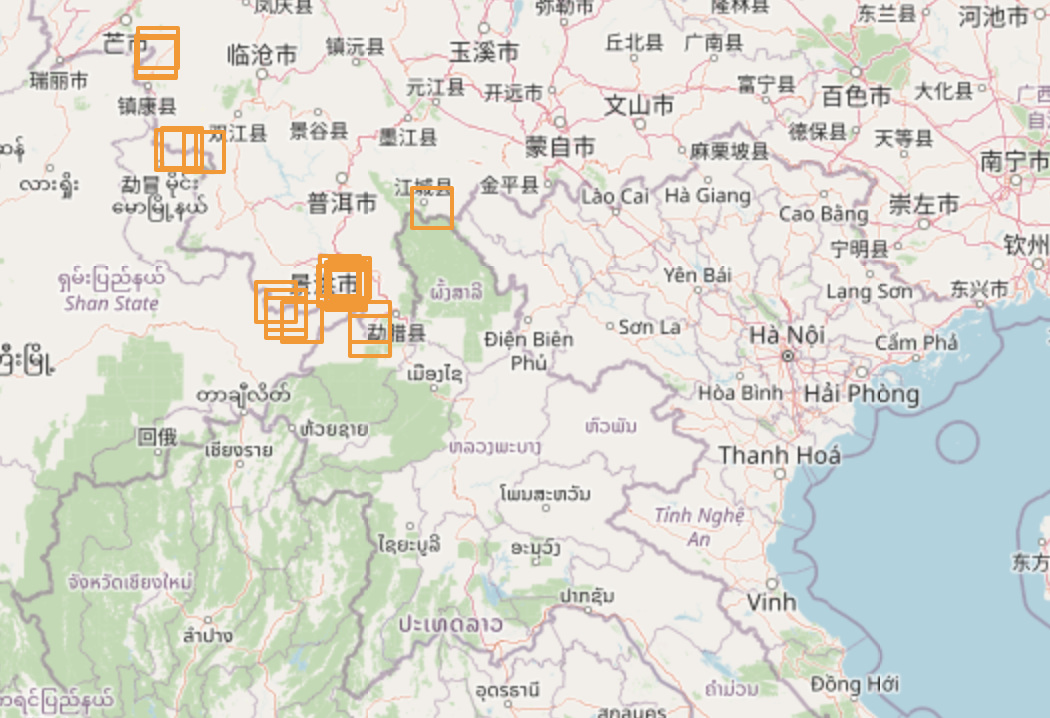