This entry is a copy of my comment in a discussion on some of the OSM Carto rendering ideas. It’s so general, that I think it makes sense to show it for more people. I have some more thoughts on this subject and I hope I will write them down too.

I believe the main obstacle for better coexistence of big cities and outdoor rendering is #1957 “equalizing” ticket being unresolved.

I think about “WMAs” (well-mapped areas), which are located in the big cities where mappers were active, that they make the biggest difference. They start to be very rich, because this is the reality, which was not well covered by mappers just a few years ago. We could rely on this incompleteness up to some point and render whatever was available without critically rethinking the whole system for years. But this is no longer true and the WMAs begin to be drastically more dense than outdoor areas. This is nobody’s fault, it’s just the unexpected consequence of the success of OSM in gathering all kind of data. Of course, we might stay with what we were showing before, but it’s just closing eyes to avoid noticing the constant change of OSM data. Something like taking the snapshot of some past moment and refusing to take more current ones, just because it’s more familiar for cartographers than trying to face these new challenges.

I like the outdoor rendering and when it doesn’t hurt, I’m happy to make it also rich. There are places where we outperform typical (if not all) outdoor maps with details, like for example here: 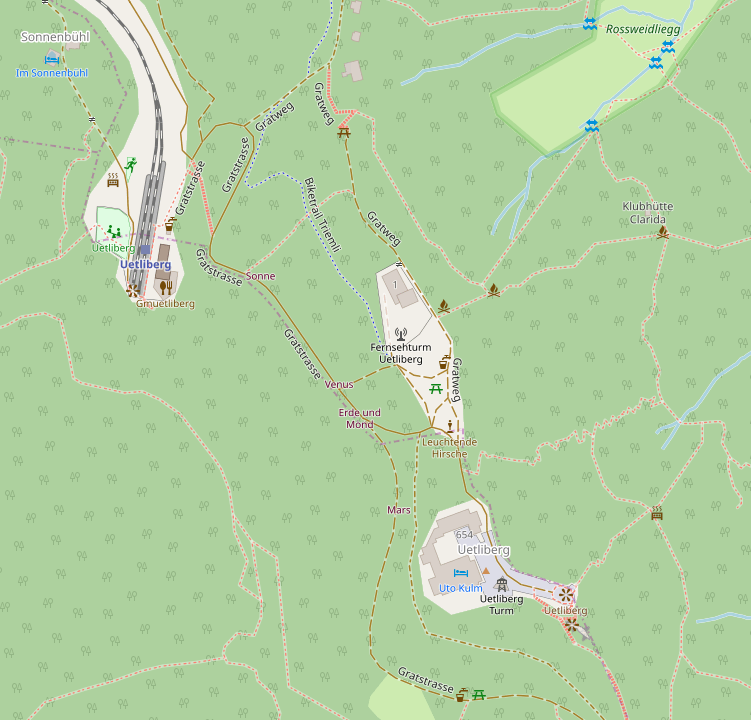 But without some kind of equalizer (making rendering aware of a place context), it’s absolutely not possible to find a visual balance between rural/urban environments. And when this inevitable moment of clash comes, I tend to care more about proper depicting WMAs than the outdoor.

“When this inevitable moment of clash comes, I tend to care more about proper depicting WMAs than the outdoor.”

Your discussion here seems to be limited to a European context. There are many commercially available maps of European cities and the countryside and many free online maps for these areas, with different style preferences, so people have plenty of choices.

But in developing countries, such as in Africa and Asia, there may be no reliable map available besides OSM. And in 1 generation there are projected to be 6 billion people between these 2 continents alone. Shouldn’t the concerns of people in these areas have as much weight as making a nice-looking map for a European city centre?

(That said, I still want to thank you for all of the volunteer work you are doing for OSM, I really appreciate it!)

I used to think about diversity just like that - that it’s Europe/USA vs rest of the world. But now I think about urban/rural differences. Big city in Asia is more similar to big city in Canada than forest areas in Canada. More and more people tend to live in cities around the world.

I also believe HOT style is more suitable for depicting remote areas. It’s also volunteer-based style and they show much less objects, so it should be easier there:

And I’m talking only about density of objects and initial zoom levels here. I hope to show some objects that are frequently used in developing countries, like water wells for example:

If there are other similar things, I’m happy to show them too.