Today I created a draft tutorial on how to modify the standard OpenStreetMap Carto stylesheet to use road colours that commonly appear on maps in the Republic of Ireland and the United Kingdom. This simple tutorial is available with two shield styles, as shown below: 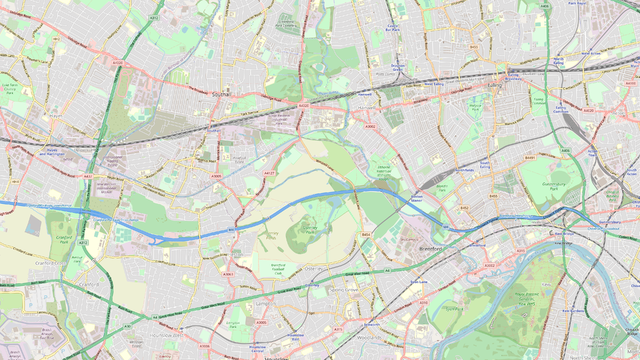 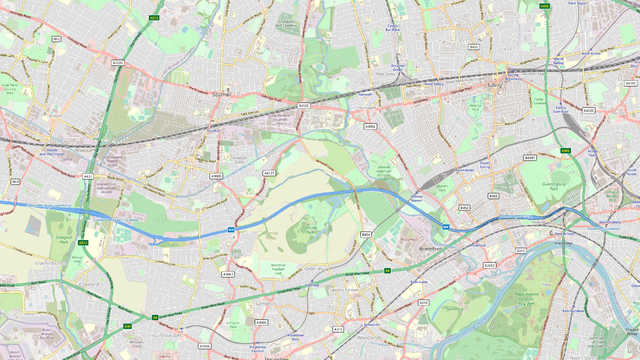 It looks like the tutorial will only require five simple steps: therefore, there is no need to create a separate GitHub fork.

The new colours are not direct copies from the pre-2015 versions of the Standard tile layer, because the old road colours would have appeared too dark and too dull.

Looks good. I’d probably make the motorway blue a little darker so it looks less watery and somehow make the yellow on green easier to read.

Hi, I made an attempt at improving the legibility of the motorway and primary road shields (for the official colour option), by adding a 0.25-wide halo around the text.

The current motorway route colour is a bit hard to challenge because it seems to be the most appropriate for the official colour of the shield.