While working with the high-resolution data of the German census 2011, I noticed that there are still surprisingly many residential areas that are neither recorded as landuse=residential nor as building=*. This concerns mainly linear settlements or farms in the northwest of Germany.

There is now a MapRoulette-Challenge to map at least the landuse for these areas:

Please jump in and help if you are interested!

As a source for the challenge I compare the 100m×100m grid cells with the landuse and building polygons, which indicate residential areas: landuse=residential, but also landuse=farmyard, landuse=allotments and some more. For the buildings the residential types building=detached, building=house, etc. are used, but also building=yes.

In the process all census raster cells are deleted, which are at least touched or covered by these polygons. Then all clusters of connected grid cells are combined into one polygon. Of these, again only those are used, in which there are at least 12 persons living according to the census and which contain at least 2 raster cells. The priority of the tasks is set according to the number of inhabitants, so that “worse” cases are presented first in MapRoulette.

With this rigorous filtering I hope that really only the legitimate cases will be left. After all, there are still 2760 cases, so enough to do. The 2011 census is already quite old. Where several people lived 10 years ago, hopefully some of them will still live today.

A map of the mainly affected areas in northwest Germany: 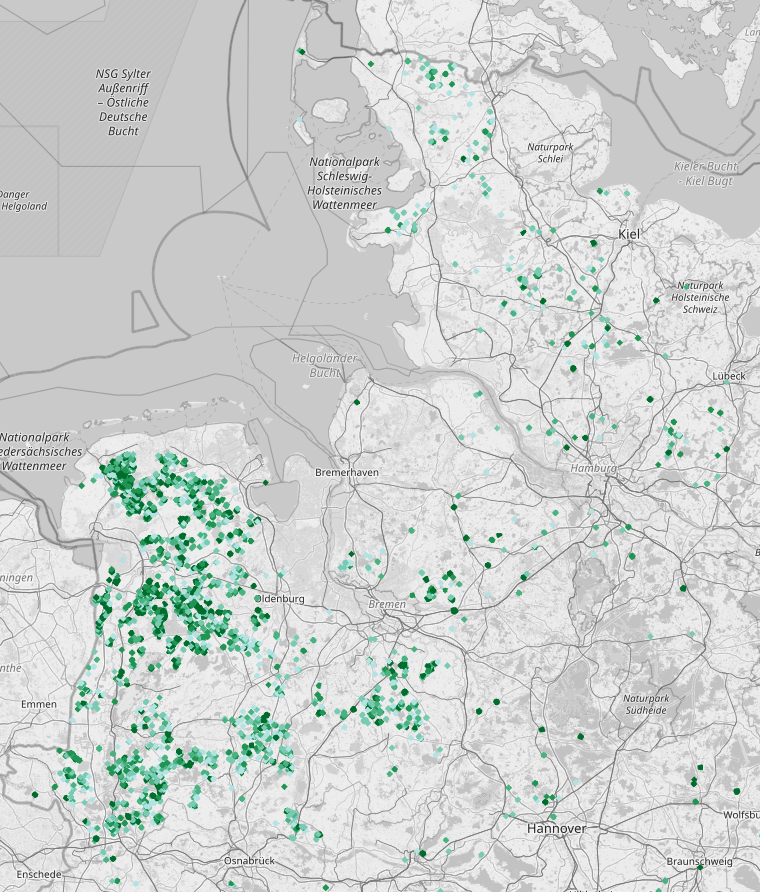