Sneak Preview of the Next Vespucci Release 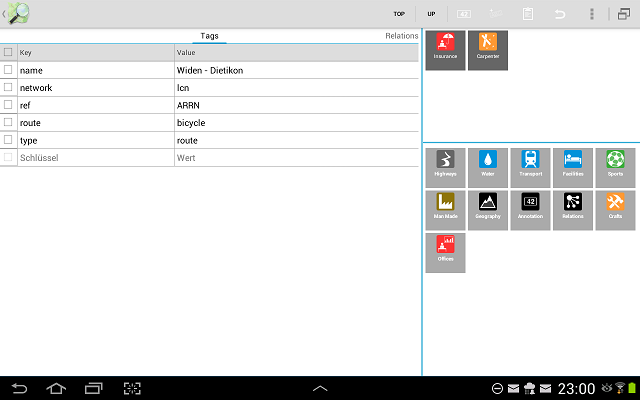 The last new version of Vespucci with major changes was at the end of 2014 and it has taken a lot more time than I wanted to get near to completing the next version. But now a lot of things are coming together and I’m expecting that we are only a single digit number of weeks away from a stable release.

Just some of the major features:

Besides the multi-select support most changes have been geared towards making the user interface more consistent and easier to use. 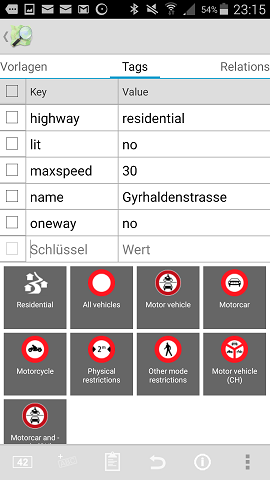 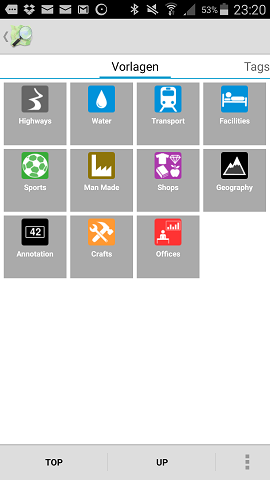 Given that the new property editor is so much better, I’ve added a way to quickly and easily switch in to the “tag editing-only” mode that has been hidden in the deprecated modes preference for the last two years. This should not be confused with the current raft of “lets add a node regardless of what is already there” pseudo editors, all available OSM objects can be modified, just the geometry is locked.

In other news Vespucci now has a twitter account and we have moved the source code repository and issue tracking to github.

For developers: one of the major hills that had to be climbed was refactoring the old “TagEditor” activity, likely some of the oldest code in Vespucci. Written by the original Vespucci author in the first months of 2009, by both OSM and Android standards it was pre-historic. I added a significant amount of code two years ago for relation support, but hadn’t touched the general structure and monolithic mass of code that it had grown to, and that had started to be a big road-block to improving and adding functionality. One immediate benefit of the refactoring is that Vespucci is much improved on tablets and uses the available screen real estate a lot better.

Watch this space or twitter for the announcement of release candidates, as always any help in testing and coding is welcome.

I look forward to trying it out

Indeed great news. I’m mostly using Mapillary to gather raw data while outside lately, but sometimes it’s interesting to change something directly in the data. The easier the editor makes this, the bigger the chance that it will be done before it gets forgotten.

Sound good. Can’t wait to use it.