Yet another noname layer ...

I’ve set up an experimental noname layer at http://qa.poole.ch/ .

It differs a bit from previous attempts in that it respects noname and unsigned tags (that have never become popular) and is generated directly from a synchronized database. Currently changes can be expected to show up in roughly 5 minutes. 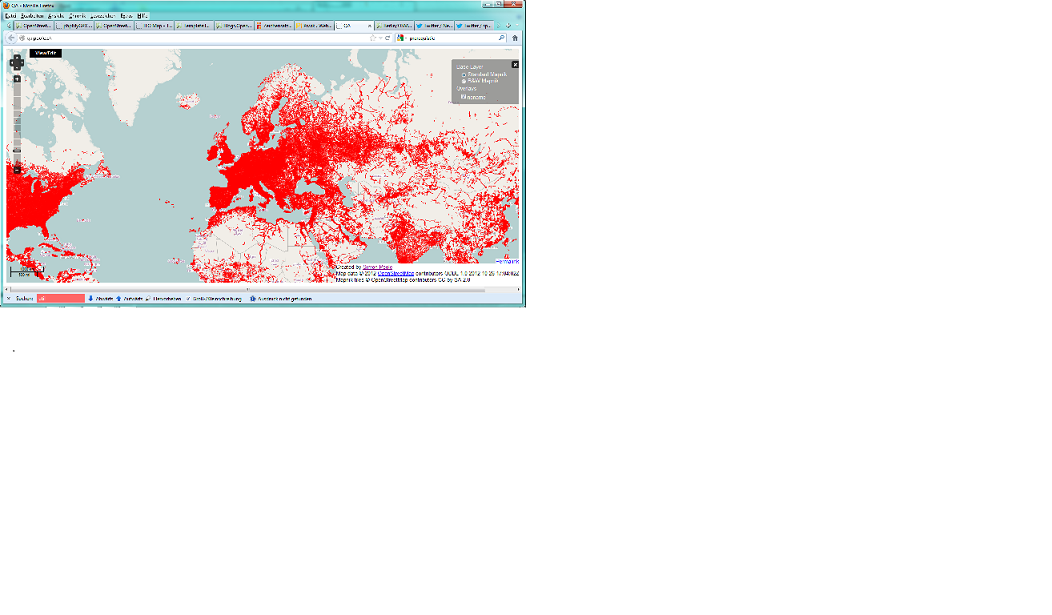 Would it make sense to tag roads as having “no name”?

That is a bit of a tricky question.

The main reason that the overlay supports unsigned and noname tags is to avoid mappers constantly resurveying the same roads (false positive suppression). If you live in an area that normaly doesn’t have street names the overlay doesn’t really make a lot of sense and insofar it is not necessary to weed out the false positives anyway.

Many rural roads don’t have any assigned name (may be they are colloquially named in one area by saying “road of City-X” or “road of City-Y” but the choice of the city has no formal agreement. In addition this name will vary depending on the direction (even if this is a bidirectional road without separation), depending from where you start.

Instead, these roads have a national or regional numeric reference (this is the case in France where NoName ‘'’incorrectly’’’ signals “no name” despite this is definitely not an error.

Sometimes they may have informal names, used for commercial purpose (e.g. “route du vin”, “route du meuble”) or hultural and historical names (e.g. “route de la liberté”, which very frequently colloquially references a long series of distinct roads with distinct statuses) and it is not consistant and NOT used in addresses (which will instead use names of localities (e.g. for hamlets), and more rarely the numeric reference.

You should not signal roads that have a correct “ref=*” (e.g. ref=”D 637” in France): the reference is really enough (the directions that appear on road indicators indicate various distant cities according to the direction, NOT the name of the road, but they consistantly display the national/regional/local classification, depending on the local collectivities that manage it, as a letter and the numeric reference).

In France, we use Osmose, which already does a pretty good job in detecting roads missing references (and or streets in cities), and which perform many additional checks that your tool do not perform.

So most of the red colors that appear in France are completely wrong: they do not indicate a low level of advancement. I think this is also the case in most countries of Europe : we should NEVER add in OSM “fancy” road names (or descriptive names), just to avoid your “red” colors you assign to them. (If you need to add a descriptive name just tag “description=”, NOT “name=” !!!

red: major and minor roads, service with service=alley without name or ref tag

and it has been that way since day one.

And yes you are quite correct, there are masses of roads in France that should have name or ref tags and don’t.

Is it also possible to have more additional layers? (for example, one “nosurface”, with roads that have no surface tags and one “nospeed”, with roads without a maxspeed tag)

The problem with both “nosurface” and “nospeed” that that there is no global consensus if they are really needed. For example in Western Europe you would always assume surface asphalt unless specified otherwise, similar with speed limits where you would assume the national max speeds (for the road type and location) for roads that don’t have maxspeed tagged.

None of the “noname” tagging proposals was ever “accepted” so using the validate:* schema is just as valid as what I’m currently supporting. There is no reason I can’t support this tagging variant going forward and probably I will.

Wrt *_link: I have no strong feelings about this, and will probably move that to the “orange” might have a nome or might not category.

But at least from what I see here in Brazil, a lot of streets are left without a surface type; it’s possible to see that there are several unpaved streets without a proper surface type (and they will be wrongly treated as paved; I wouldn’t like to be routed through unpaved ways, for example). Having a “nosurface” would help to look at places like this.

Likewise the “nospeed”, but with a lesser need. It could be used to calculate better routes (highways with the same value (residential), but with different max speeds, for example) or warning the driver about being faster than the max speed of the way.

Is the software of the NoName-Layer Open Source? If so, where can I find it? I’m particularly interested in the data and how you generate it.

Or maybe you could even provide a dump of the noname database?