Better late than never — I thought it’d be good to report back on the OSM meetup we had in March this year in Shenton Park.

We had a great turnout, with about a dozen people, many of whom were new mappers. We met at Lake Jualbup, and spent an hour or so sorting out devices, new accounts, and discussion differences between mapping apps. Morning tea (and later, some of lunch) was most generously sponsored by OSGeo Oceania (the Australian OSM chapter). 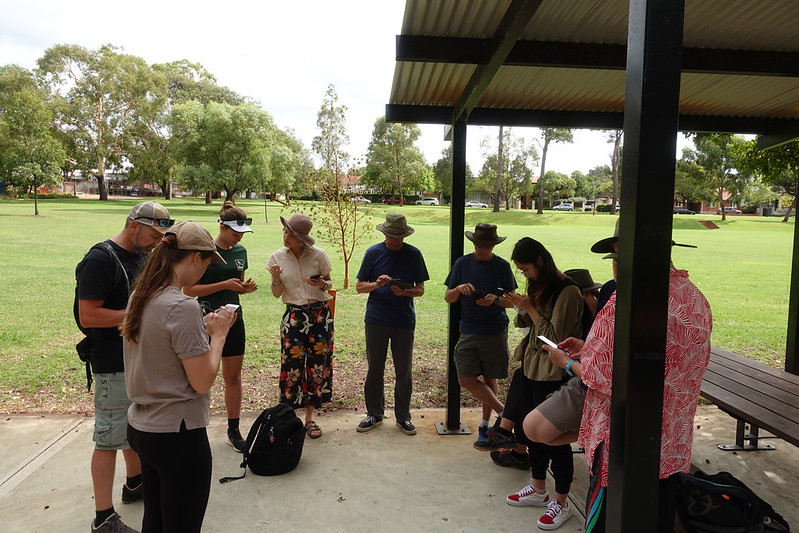 The group took quite a while to amble around the park, mapping bins, dog poo bags, signs, and figuring out how to map an unmarked but obviously intentional path through a garden. 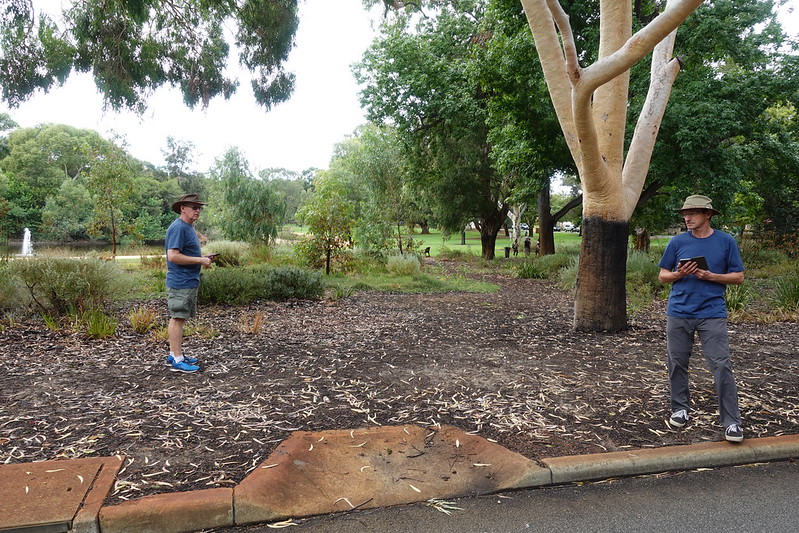 Part of the reason for choosing Shenton Park was that it’s at a central point of a few of the Whadjuk Walking Trails, and I’d hoped to head off to record a bit of a distance of one of these. In the end, we didn’t get all that far, because there was lots to map and lots of questions about how to do things. It’s generally slow-going when in a group and when trying to map all the things; it’s somewhat more satisfying than mapping alone, because it is possible to get much better coverage (e.g. all the shops, pedestrian routes, and street furniture).

I have set up a table of the Whadjuk trails on the wiki, so will keep trying to add their relations.

After a couple of hours of mapping, splitting up a bit to spread out more, we stopped by a cafe (and added its details to the map, of course), and took our lunch back to the park. There, we talked about how to organise the next meetup, and what Geogeeks should be.

A week after the Shenton Park meetup, we held a follow-up online mapping discussion (using the OSMF’s BigBlueButton instance). This was a chance to go over the GPS traces and photos that we collected while surveying, and give various demonstrations of mapping in iD and JOSM. It was useful, but I think everyone agreed that doing things in person and outside is more fun!