Old quarry-mapping in the summer rain

So, it’s vacation time. Lots of time to do some mapping. Well, not really when one has a house that needs attention, and 4 kids that can’t be left alone for too long.

Today I had some time, but it was raining. But the two oldest kids wanted to come along for some evening mapping of old quarries. The areas surrounding our village has plenty of old quarries. Some are marble, while the older ones are most often iron or copper. Over the years it has sort of became a separate hobby to find and map them all.

I had seen the quarries on an old orienteering map, so I knew were to go. 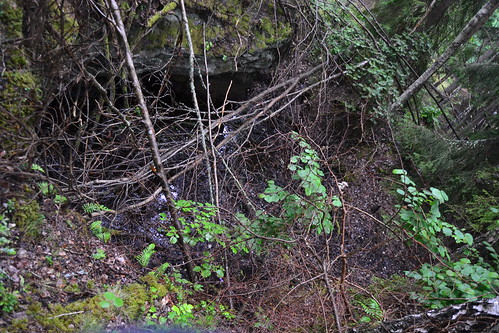 The second hole was a little scary since it was quite far to the bottom in one end. 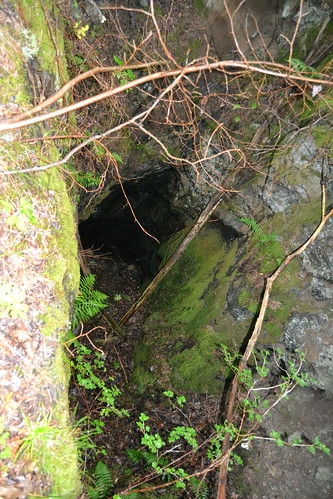 The last three holes were quite small and also quite shallow 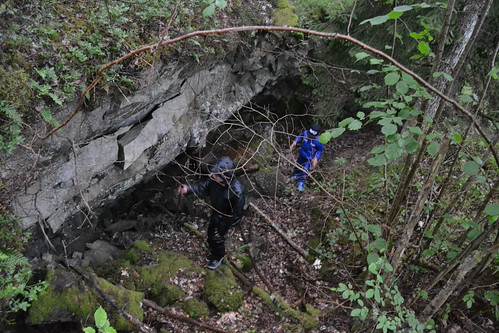 Afterwards, we went to a nearby location to look for two more small quarries. All in all, 7 quarries in about an hour. Still there are probably at least 20 more quarries left to find. I need a long vacation…

Awesome trip, I’m slightly envious :) Have you mapped any of the quarries in the end?

What do you mean, “in the end”? I have mapped the outline of the holes for each little quarry. I do this be walking along the perimeter once. Sometimes it is hard since there may be trees in the way, or it may be a bit dangerous since you may fall into the hole. In the latter case I walk a little further away…

Hello, nice post. I’m also interested in old quarries (lots of them on the north coast of Britany, essentially granite). I checked the tags : shouldn’t there be a tag indicated that the quarries are abandonned (historic:ruins or disused)?

Hi. Yes, you’re probably right. I should improve the tagging. I remember though that I found the suggestions in the wiki not matching my case.

Do you have any example of your mapping adventures?