Posted by Severak on 21 September 2016 in English (English).

I am glad to introduce you Metropolis style. It was developed for Matička Metropolis, a travel agency based in Prague. It aims to be general purpose city plan.

As of today, it’s available at Czech portal Openstretmap.cz for general use.

Note that tram lines, public transport stops and power lines are visible only in Czech republic.

Once upon a time I introduced lunarender map renderer here.

A month ago somebody asked on github if project is still alive. I told him project was suspended.

But this was impulse for later development.

I began to investigating how to solve major problems with my renderer.

I decided to switch to GeoJson as native input format. It will solve major problems with my renderer.

Firstly, there is nice nodejs app osmtogeojson. I will use it for assembling multipolygons.

Secondly, there are geojson-encoded vector tiles from Mapzen. I will use them to render large areas of maps in “tile by tile” fashion.

I am also thinking about creating svg icon/texture editor. I used Piskelapp for my pixel-art-style icons, but it has no support for saving in SVG.

Feel free to ask some questions or suggest some ideas.

Posted by Severak on 1 January 2016 in English (English).

For next style of my renderer I took a lofty goal - Soviet military topography maps.

I think OpenStreetMap definitely deserves an Soviet-military-like layer, because it’s more than just a map - there are tons of data hidden in database which are not shown on standard layers.

So I made one for my renderer. It can be used with command like this:

Enough talking, show us teh maps…. 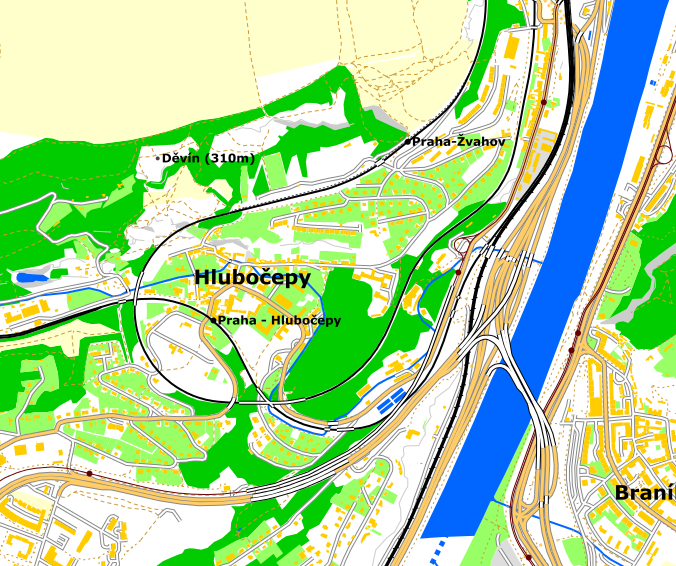 (not bad for week old renderer software, isn’t it?) 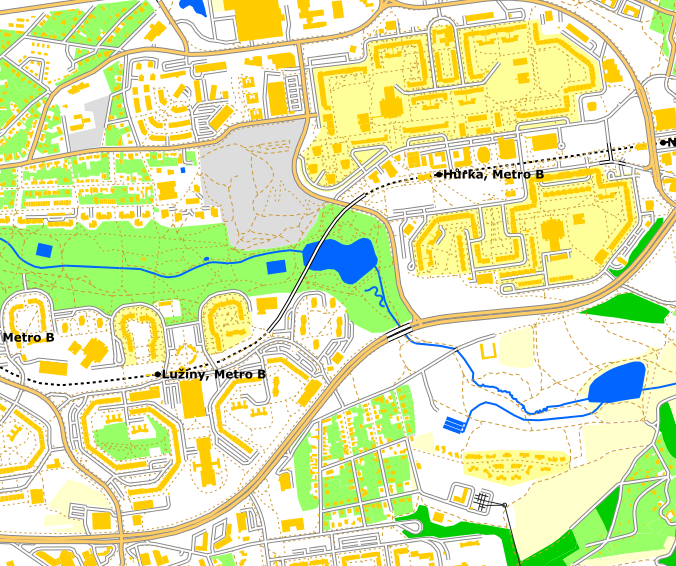 (definitely looking better on map than in reality)

Strašnice, note tram depot at upper side, disused railway classification yard at bottom and subway running from north to east: 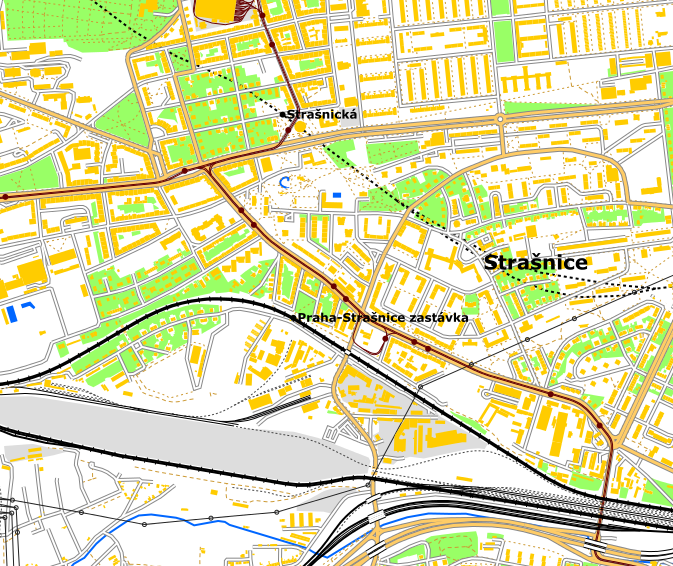 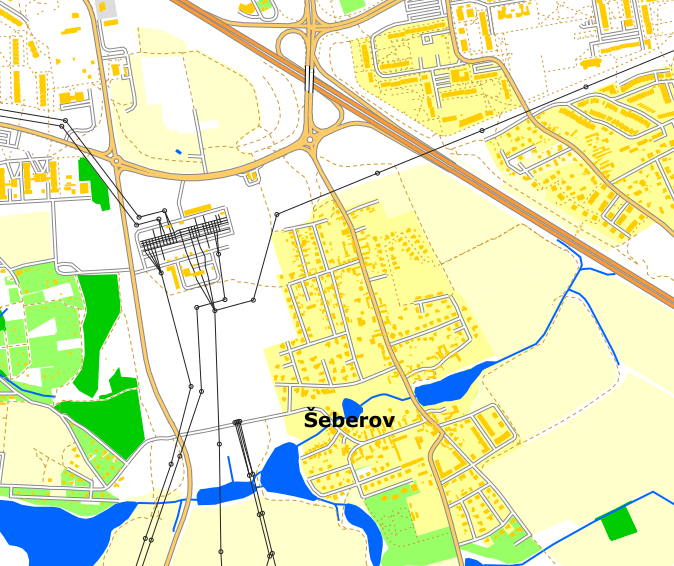 all previous pics was taken in Prague. But this style is useful in small villages too: 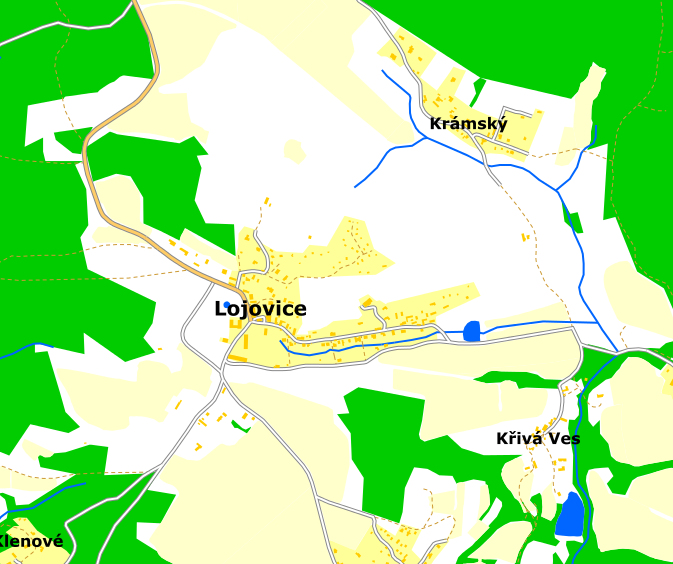 It isn’t perfect yet. I cannot properly render multipolygons yet, which is seen at this view of Palmovka: 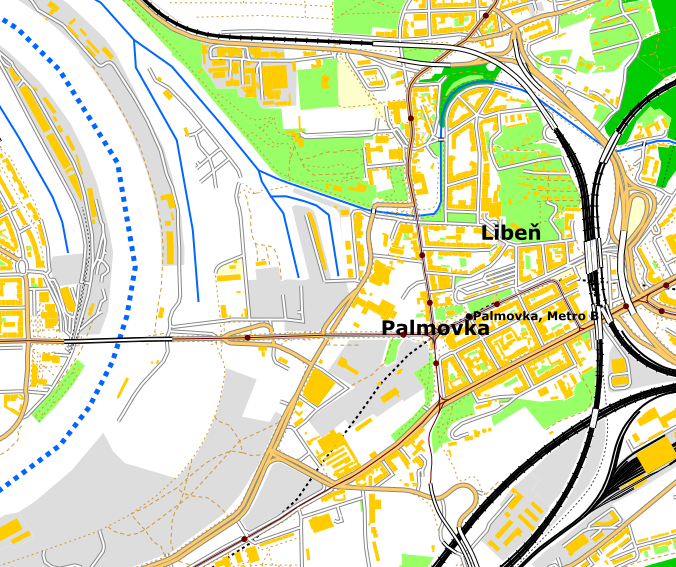 Note the blue dashed line where the missing river is.

Multipolygon support is number one in my todo, because it means lots of missing rivers and woods now. There are a lot of work waiting to be done…

I am glad to introduce you a new renderer written by me.

Despite its name it is used for rendering of earth surface mostly.

For more info and download visit severak/lunarender at Github. 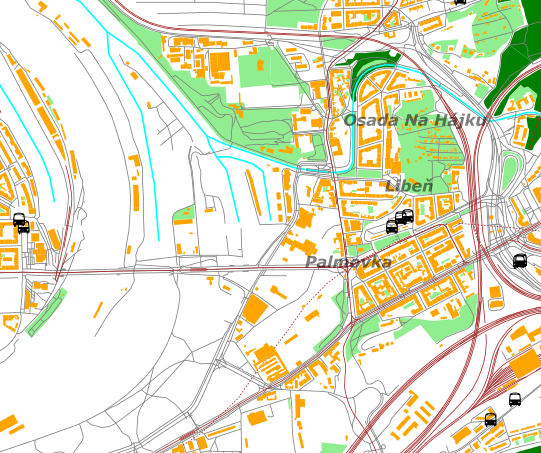 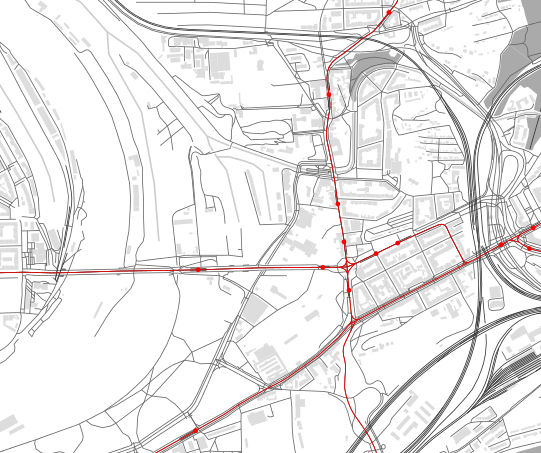 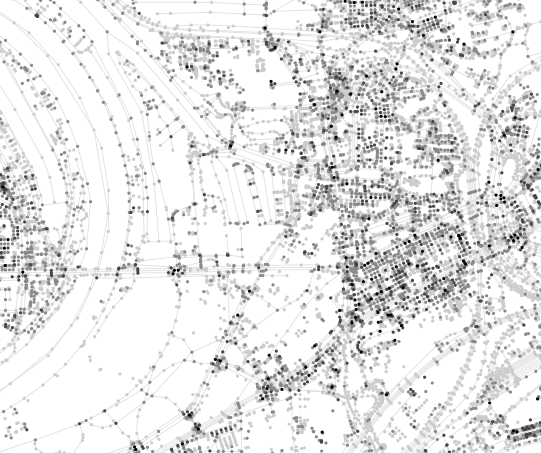 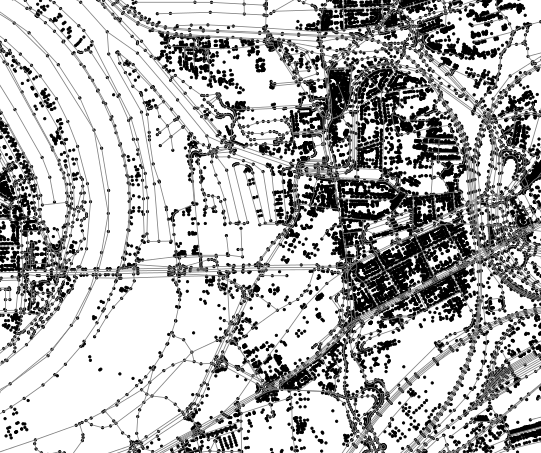 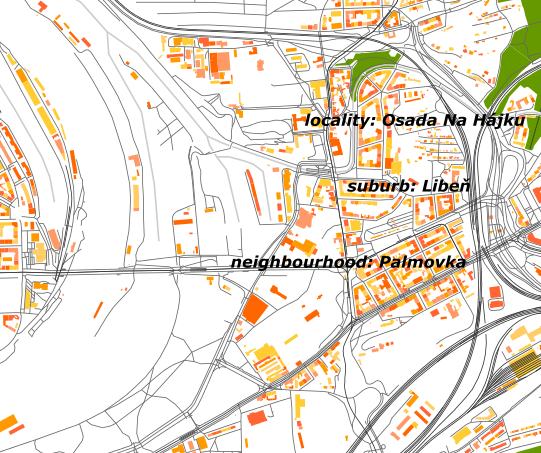 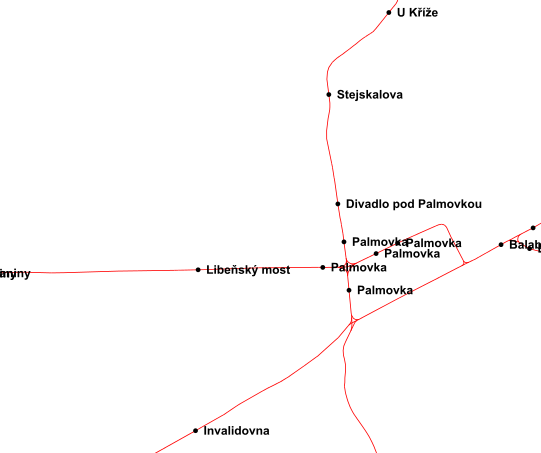 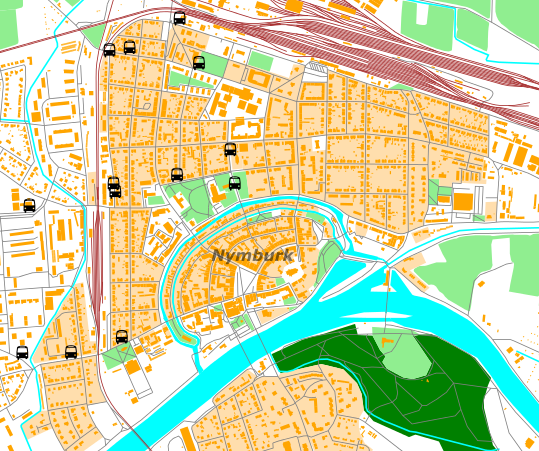 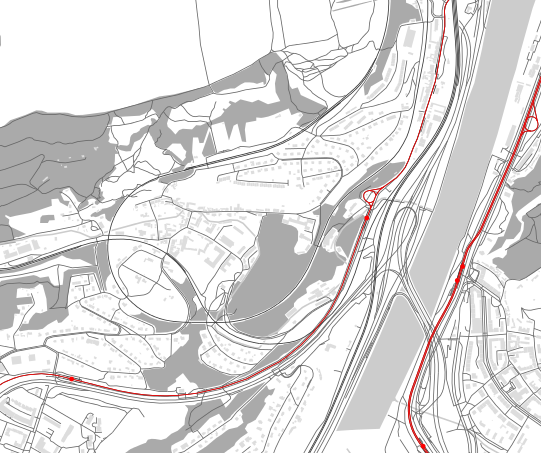