Digital Maps that make a change 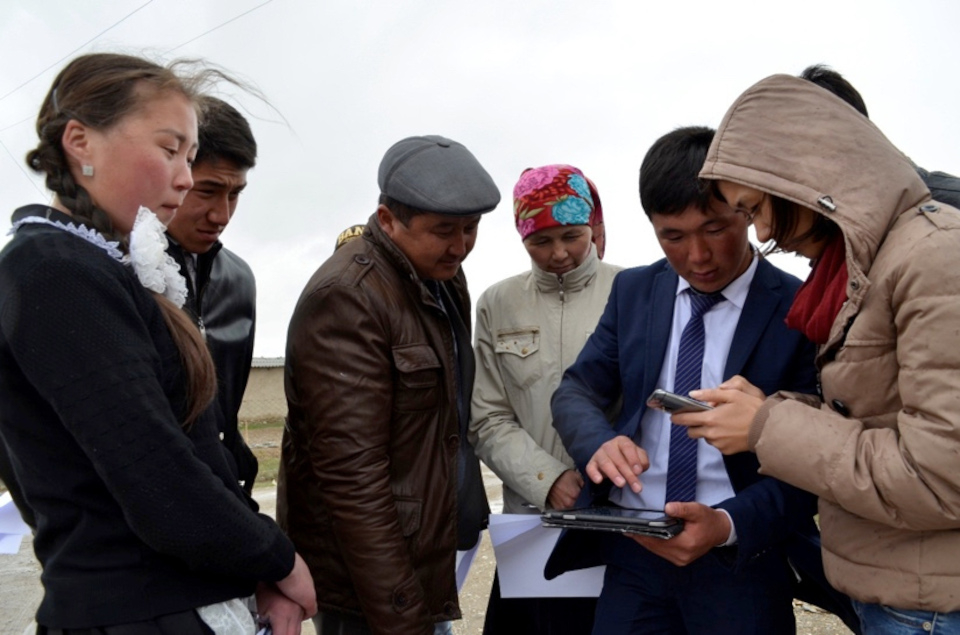 For the two students Taalaikul (15), Ulsana (16) and their teacher Kaiyrgul from the remote village of Jani-Talap, which lies on the edge of the roof of the world - on the Himalayas in the Tien Shan Mountains in Kyrgyzstan - water is the central theme. In the spring, the area is regularly flooded during the snowmelt, but after a few weeks, the wide river bed, which runs past the edge of the village, dries out for the rest of the year. The environment of the village appears dry and barren in summer, snowy in winter. The modesty of the people, but also their poverty can be felt and seen in the village. People make the most of it, having impressive patience and work together to improve the living conditions in this almost forgotten village that is hardly to find on any map.

The new media and open forms of collaboration through the Internet offer many opportunities to take on formerly professional tasks in your own hands: This ranges from Citizen Science, the idea that anyone can make scientific contributions, to gathering and writing collaboratively the largest structured collection of knowledge in the world - the Wikipedia - or as well self-filmed video stars on YouTube, and in this case to create an accurate world map together with millions of people from all countries of this earth. 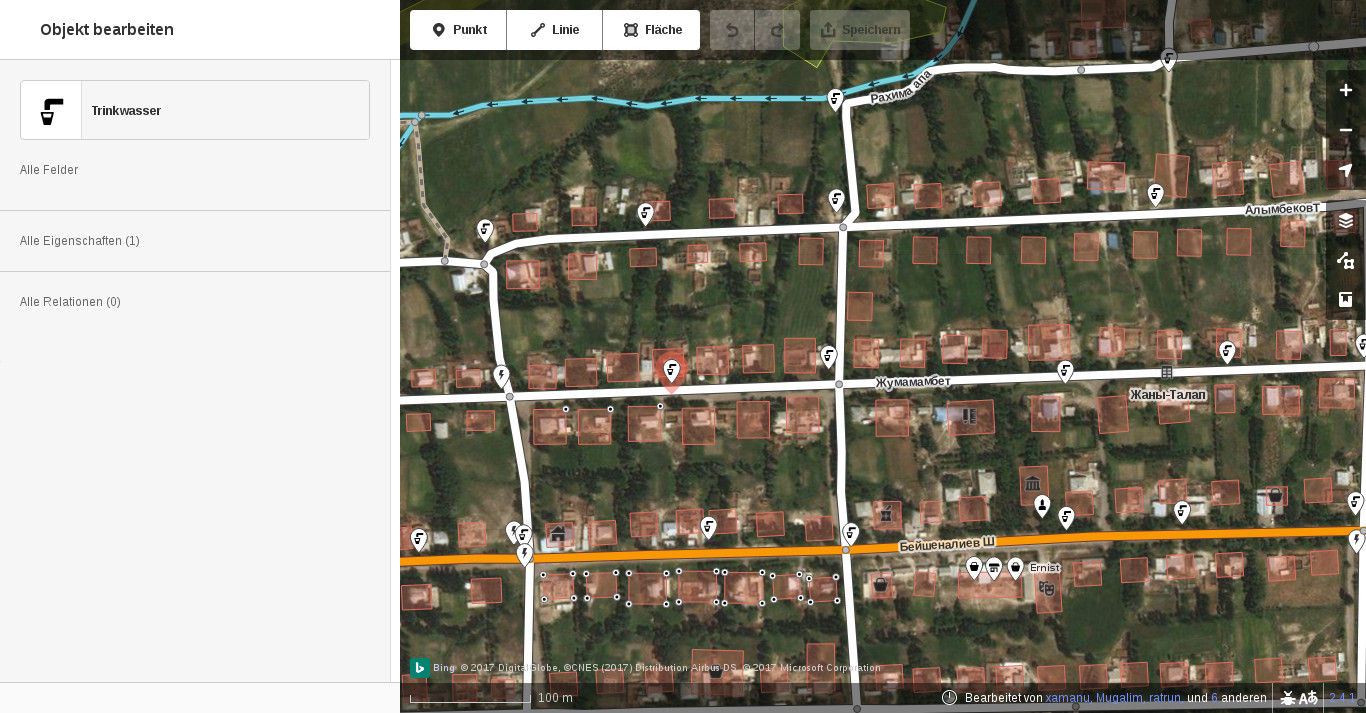 One of these initiatives is a Citizen Science project on environmental education at the University of Central Asia, where students and teachers from ten villages in the Tien Shan mountains participate, among them the aforementioned Jani-Talap students. From university teachers and students, they learn everything about water, environmental cycles, the measurement of water quality, to filter it and make it as useful as possible. Of course, many questions in the analytical investigations revolve around the “where”, that is, the origin and presence of water. However, most of the geographical maps of the villages in question and their surroundings were missing to work on this question. With the free and technologies around the OpenStreetMap project, Taalaikul, Ulsana, Kaiyrgul, and another thirty students and teachers themselves were able to become the geographers, creating the basis for their scientific research - a map of their village. 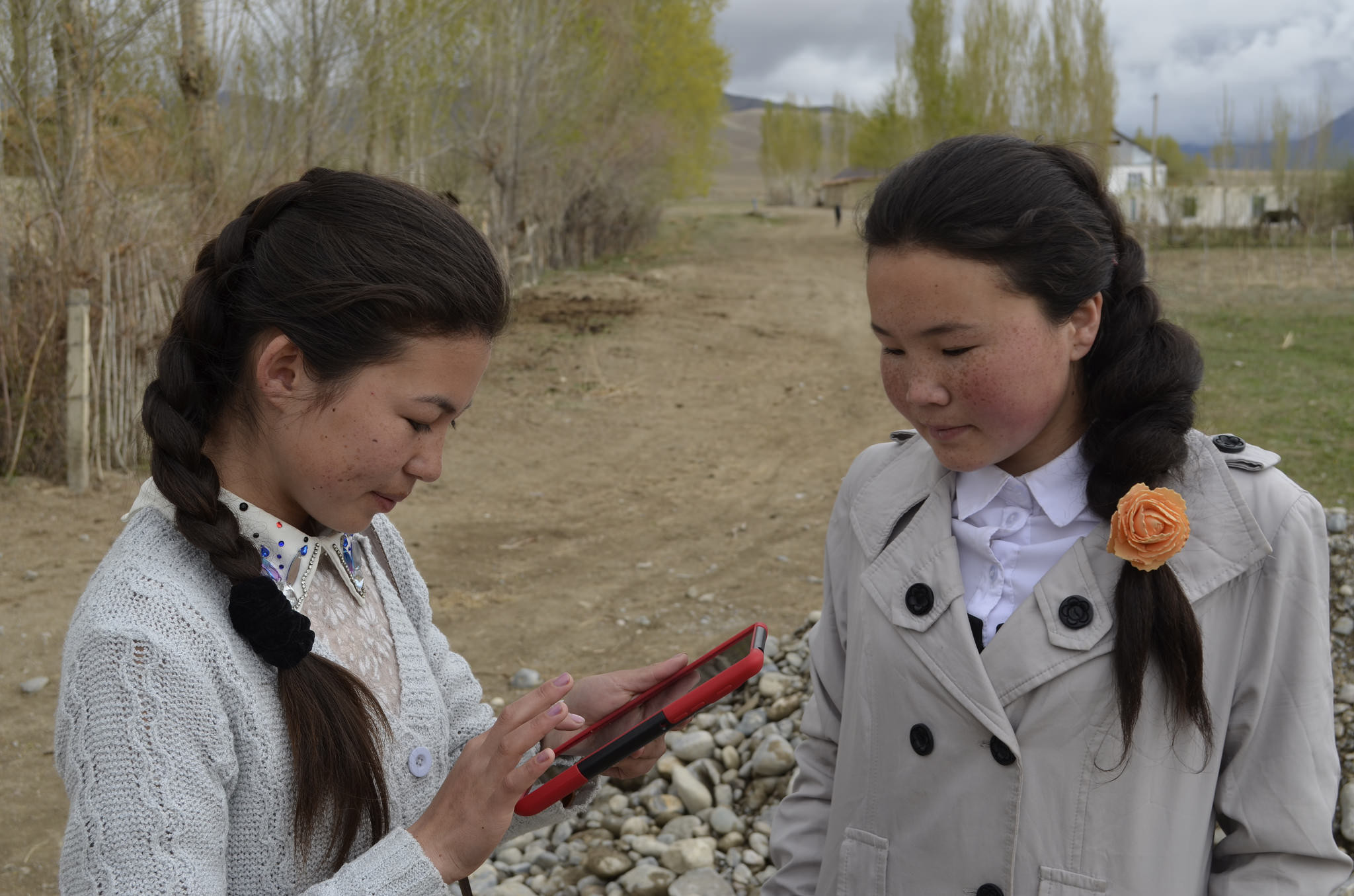 OpenStreetMap works much like Wikipedia: There is also a simple edit button that opens a map editor in the Internet browser. Anyone can use a satellite image to draw streets, add points and provide known information. In addition, there are a variety of other ways to record data locally - even without an Internet connection, be it paper and pen or smartphones with GPS location system. For the Himalayas, there was little geographical data on the world map of OpenStreetMap. At least the main roads were drawn, albeit inaccurately. Getting usable satellite images of the individual villages was often impossible. With a good dose of fun, the students and teachers tackled the topic of maps and learned about the technical tools around OpenStreetMap. The analytical reflections and life experiences of the teachers enriched in a wonderful way the student’s fascination about technology and their irrepressible curiosity and desire for change.

The Citizen Scientists in Kyrgyzstan created within a few days a detailed map of their respective villages. So they gave this information as open data in the knowledge of all humanity. All information in OpenStreetMap is not only accessible to anyone, it is also explicitly allowed to be downloaded, reused, to create additional analysis, maps or computer programs. In addition, there is already a whole ecosystem of mobile applications, computer programs, program libraries and geographic information systems, which are free software that can be used by anyone without discrimination or expense. In the Tien Shan Mountains, the geographical information of these villages is now available in digital form for the first time, and together with the existing software, offers extensive application possibilities. 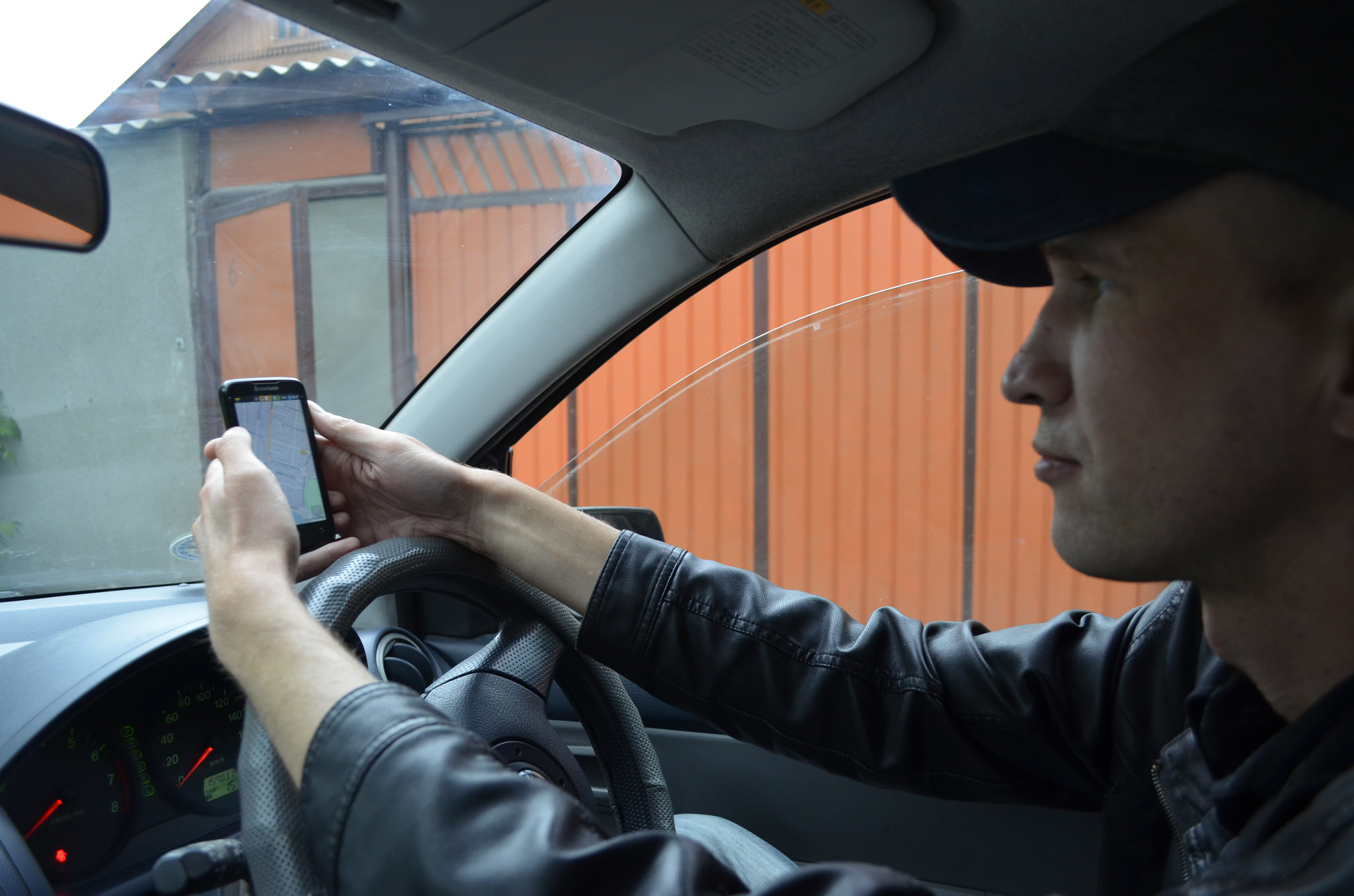 Concretely, the Citizen Science projects were able to use the maps created to investigate access to clean drinking water in Kyrgyzstan: where does the water come from? Which sources are acceptable? How far do you have to go and get it? Who carries it? And what methods are used to make it drinkable? Publishing on OpenStreetMap also ensures that the information continues to be consistent and is always picked up, enriched and enhanced by all sorts of people. In this way, the inhabitants of the villages hope that tourism will be strengthened and that the local economy will be stimulated. In the capital Bishkek, for example, the taxi drivers have teamed up and improved the already existing map in OpenStreetMap in order to use it on smartphones. This will help them locate hard-to-find addresses and better serve customers.

The open geo-information can be used for research and economic development, enabling each person to contribute to the improvement of the environment. In extreme cases, they can even save lives: The Humanitarian OpenStreetMap Team is a global non-government al organization that generates map data in the event of a disaster and provides them to relief organizations such as the Red Cross or MSF. Especially in the remote and endangered areas of our planet updated and detailed maps are rare. Especially after natural disasters, many volunteers want to help, and through OpenStreetMap they can do collectively. By this common effort, in only a few days, entire areas can be recorded on a new maps, that helps to save the population. Even during the Ebola epidemic in West Africa in 2014, the free geodata were collected by thousands of volunteers, creating probably the best map ever existed of West Africa. It has been used extensively by humanitarian organizations and has contributed directly to the effective functioning and success of the mission.

This constructive aspect of digitization, the ability to create something with new technologies that would not have been possible without them, means democratizing knowledge and skills. That’s just one ingredient to make our world a better one.