The latest installation of my yearly osm node density visualization is now online: https://tyrasd.github.io/osm-node-density shows the freshest data from mid 2017 (while the results from previous years starting with 2014 are also available on the site’s layer selection menu).

Can you guess where the following example screenshot was taken? 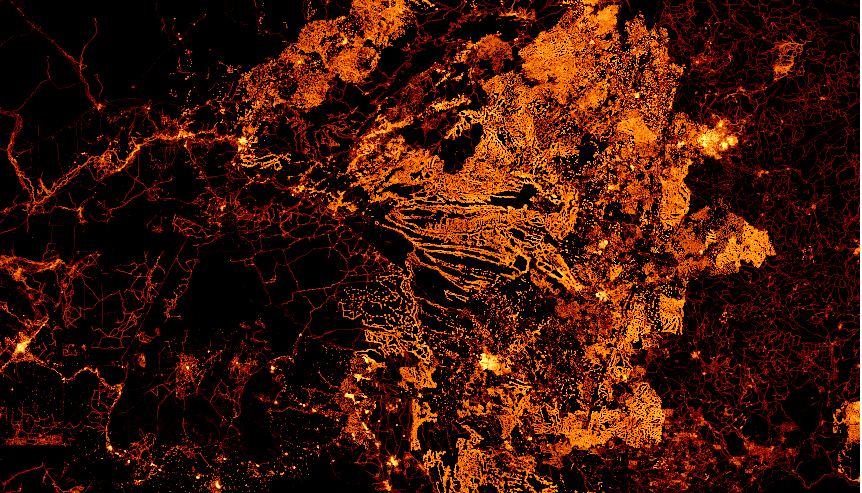 Could you please remove that fade-out-fade-in effect when switching layers? It only causes “change blindness”.

But the non-linearity of the color scale could be adjusted to approximately maintain the overall color level of the map.

@tyr_asd - last year Joost Schouppe suggested comparing the node density to population density since there is obviously some correlation between those two, i wonder if anyone did something like that since then - this could be used to find the most overmapped/undermapped parts of the world relative to population.

@Jedrzej Pelka: You mean the short flash of a black screen when switching layers, right? Does it look better now? I’ve now actually added in a bit of fading to make the layer switching smoother.

@imagico: Right. But I’m not sure if Joost (or anyone else) has already had time to actually look into it, though.

Looks great! Thanks. The screenshot is showing mostly Zimbabwe with Harare on the upper right and Francistown at the center bottom.

oh. Just saw you linked directly to the solution. Now my comment looks a bit dumb… :)