It’s been a while since I last reported about new features in overpass turbo. Surely, the tool got a noticeable amount of new features in the meantime, so I guess it’s time for an update.

The export-tool got the most visible changes, which now has a cleaner interface, provides downloadable content (via FileSaver.js) and – brand new – the possibility to publish the data directly as a Gist (the pastebin service by Github that loves maps): 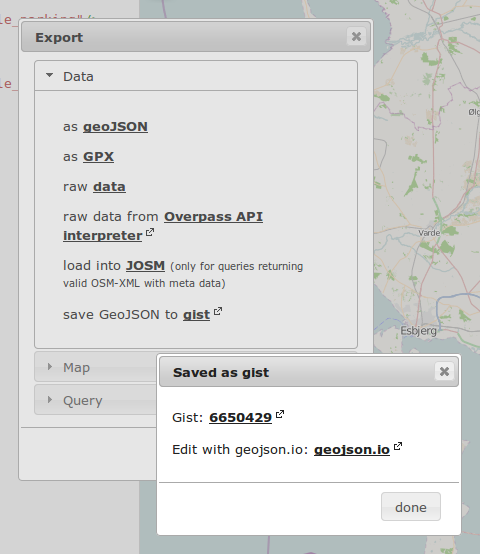 As an example, here are all bicycle parkings in Copenhagen (there are a few, aren’t there?): 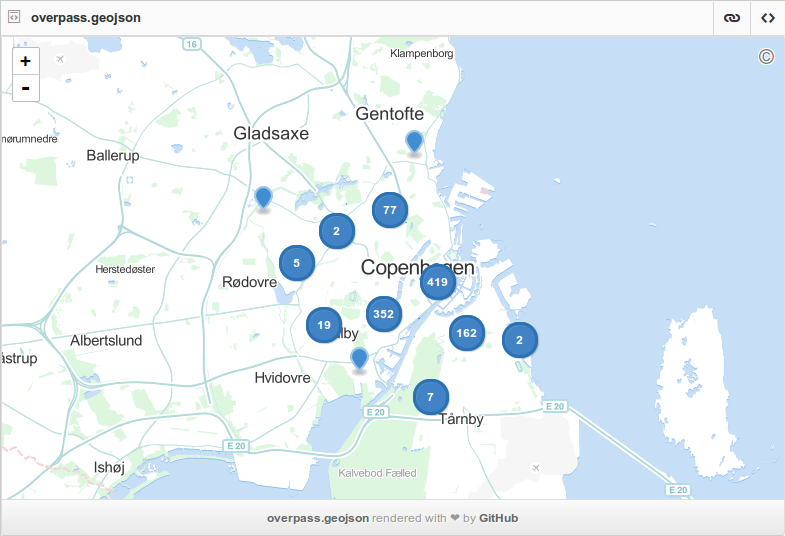 Via Github Gists it’s easy to edit an OSM dataset with geojson.io, the online geojson editor. For example, you can go ahead and export your favourite Danish island to create your own geojson.io map based on that: 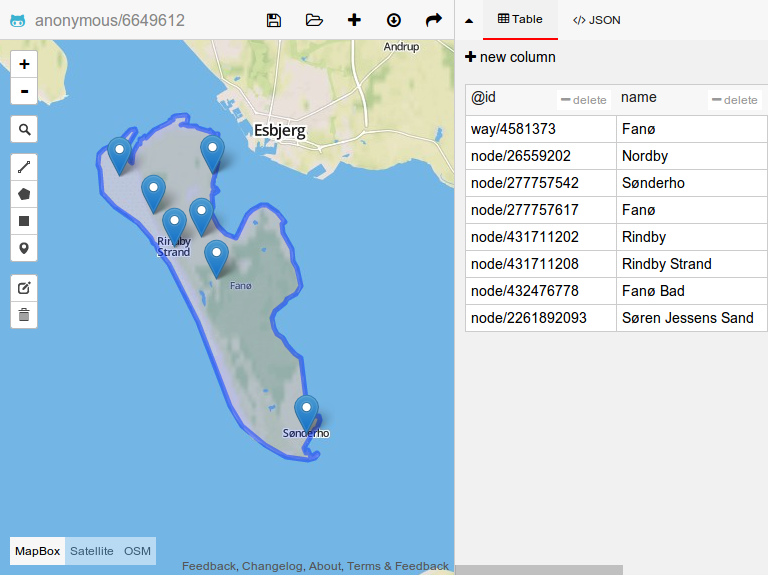 overpass turbo is now translated through Transifex, an easy to use online translation tool.

For a start, overpass turbo already got a brand new translation into Danish by Søren Johannessen (which is now the third language in which overpass-turbo is available after English and German)!

If you’d like to help translate, simply create an account on Transifex and head over to the project page there.

Edit 2013-09-24: The first bunch of translations just went online: Russian, Vietnamese, Croatian, Dutch and French. Huge thanks to all Contributors! :)

Edit 2013-10-19: Meanwhile, the next two languages are active: Italian and Japanese. Thanks!

PS: Just drop me a message if you need me to activate another language if it’s not already on the list.