End of year shout out to the Missing Maps hosts and organisers!

This diary is dedicated to all the people who have organised mapping parties on behalf of the Missing Maps project this year.

When I started working on Missing Maps for MSF (before it even had a name), I was nervous that the idea wouldn’t take off in the way we needed it to - after all, we have some pretty lofty ambitions! The first Missing Maps mapping party had me worried - would we fill a room that could hold fifty people?

A few short months later and we are complaining because we can’t find London venues big enough to meet the demand of people wanting to map!

So, then I started to worry that other people wouldn’t want to organise their own mapathons. We needed the mapping parties to take off globally in order to tackle tasks of the magnitude of South Kivu in Congo (DRC). And, here is where my job has been a real pleasure this past year.

In the past year, we have seen mapping parties organised across six continents, involving all sorts of people and the impact this has had on what we want to do has been tremendous! I know that statistics are sometimes meaningless out of context, but until today, 5,370 volunteers have committed nearly 16 million map changes to OSM in countries like DRC, South Sudan, Zimbabwe, Haiti, CAR, Bangladesh, South Africa, Sierra Leone and many, many more as part of Missing Maps.

Again and again, I hear and see NGOs, such as MSF, using maps that include OSM data in their operational decision making, their logistical planning, their disaster risk reduction programming and their epidemiological analysis. Much of this data has come from Missing Maps and HOT volunteers and a lot of it has come from people at mapping parties. 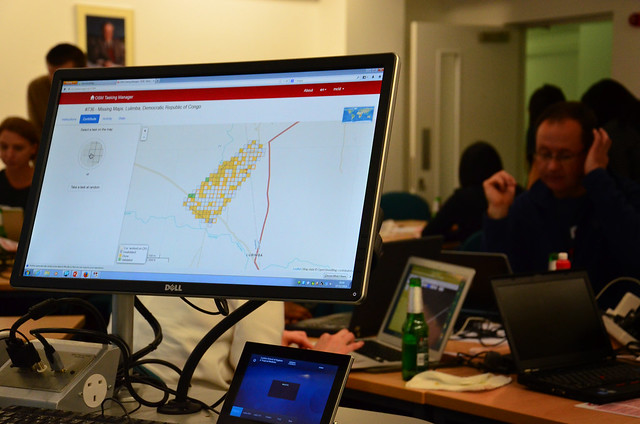 So, a huge thanks to all of you mapping party hosts for all the organising and advertising and teaching and follow up! Looking forward to working with you all in 2016!

A few special mentions (and far from comprehensive as I don’t have direct contact with everyone that organises these events)…. The London HOT / Missing Maps gang who I am so happy to be a part of, the fabulous OSM Bangladesh community, the Friends of MSF student groups, The Engineers Without Borders crew in Norway, the Scottish OSM and Missing Maps guys (probably the most prolific mapping party organisers I know), and everyone involved in OSMGeoWeek on the #100mapathons campaign (I think we got to 70, which is incredible).

And, a very last special mention to the lads and lasses from MapLesotho. Loving your work, guys - inspirational stuff!