Building a Women's work group in Openstreetmap Latin America, or How to Make Community

The gender gap in technologies and information’s world is a commonplace, so assumed that few solutions are sought. This reflection appeared through an internal debate in the regional chat of OpenStreetMap Latam, allowing that the concerns of several people could concretize in a work line within the community. This text could also be a reflection on how to build community.

The OpenStreetMap community has various channels for relating, communicating information, giving directions, debating opinions: mailing lists, wikis and chats, country or region based, working group based. In the ConDatos 2014 event in Mexico City, where several people from the continent meet each other, linking the Openstreetmap community of Latin America in a more integrated way was proposed, firstly creating a mailing list and a regional chat.

I wasn’t personally involved in these media until summer 2016 when I was invited to the chat. A chat of about 100 people can be a space where topics are drowned, but also a space where new perspectives, information and conversations emerge. In relation to the State of the Map Latam event in Sao Paolo, November 2016, where an extremely low participation of women was taking place, the issue of the gender gap in the community appeared as a problem to be addressed. The chat then had an active participation of no more than 5 women over then 80 registered. We began to talk about propositional actions to achieve greater participation in the SOTM. The ongoing debate was first about the need to have data about female participation in the mapping, but this data not exist since the profiles of OSM users are anonymous. We talked about some analyses presented previously in another SOTM event (Brussels 2016), which sought to interpret the mappers gender through the types of mapped objects. The analysis related a type of commerce and service with a specific gender: services considered male-oriented (car shops) appeared more frequently on the map than services considered typically women-oriented (hairdressers and services oriented to personal aesthetics). This analysis was considered inconsistent for the most of us, generated passion in the chat and raised to ask:

What actions were proposed?

Certain countries, such as Argentina, had already a map of the location of their users, being a local community support. We all decided in the regional chat to replicate the map at the LatAm level asking each one to locate him/herself on the map, with gender information. Although it grows permanently, the map reflects the gap in the same proportion as estimated. It is proposed to frequently invite new OSM members to mark his or her location on the map. In addition to giving a visualization of the gender gap, the map is a nice product and a medium for identity group construction. Because it allows to clearly perceive the problem of the very low female participation, it gave the impulse to the formation of the internal group: #OSMchicas.

The discussions focused secondly in the need to develop an effort to summon more women to the SOTM event: from the local community of Brazil, from the region, and orienting the scholarships that are generally oriented to have a wide participation, towards women. In this way, the participation of women from the chat was greater, they could attend the event and meet personally. As a consequence, this group of women strengthened and had the possibility to propose specific actions to address this issue, in advance.

The plan for the event was: 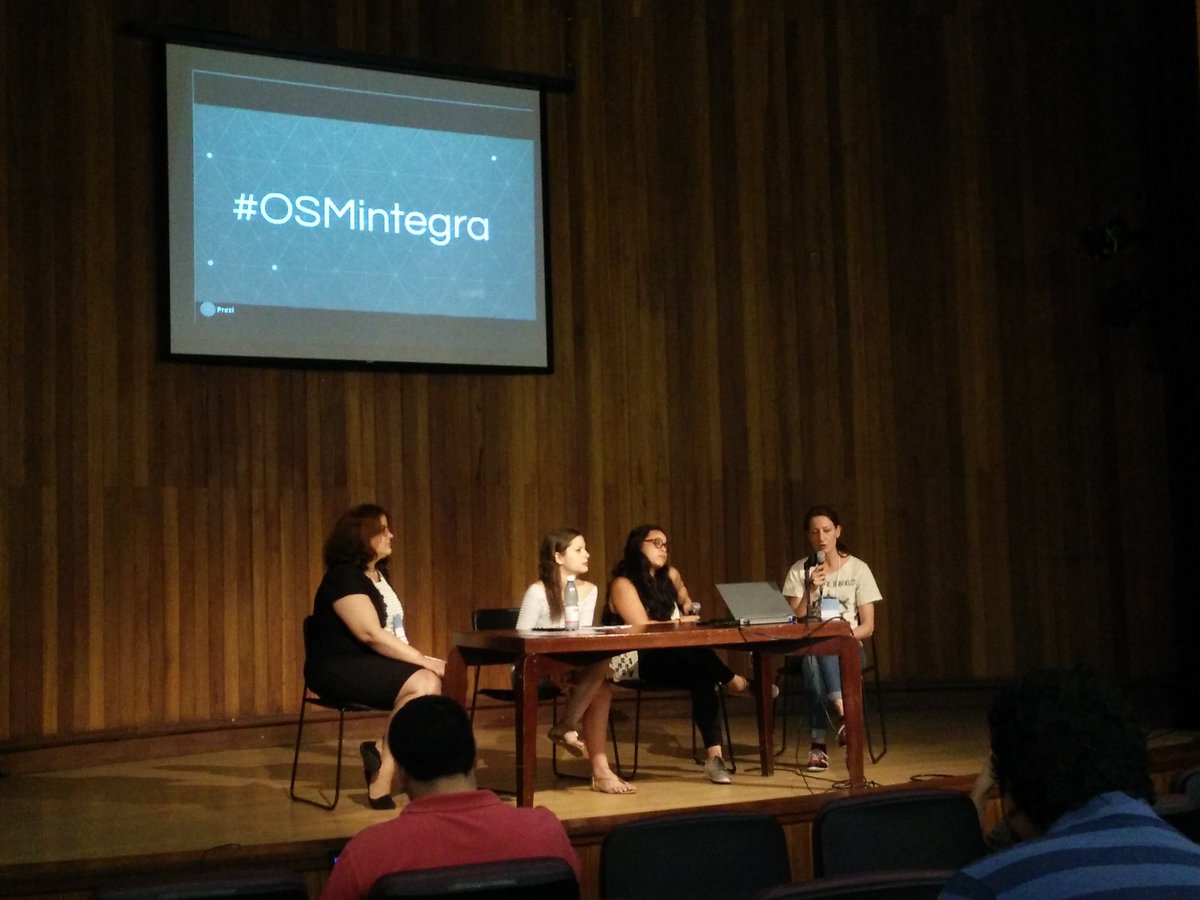 In addition, a pre-SOTM toast was proposed to get to know and strengthen ideas before the panel, being a pretext to summon more people not very connected with the community or the subject. 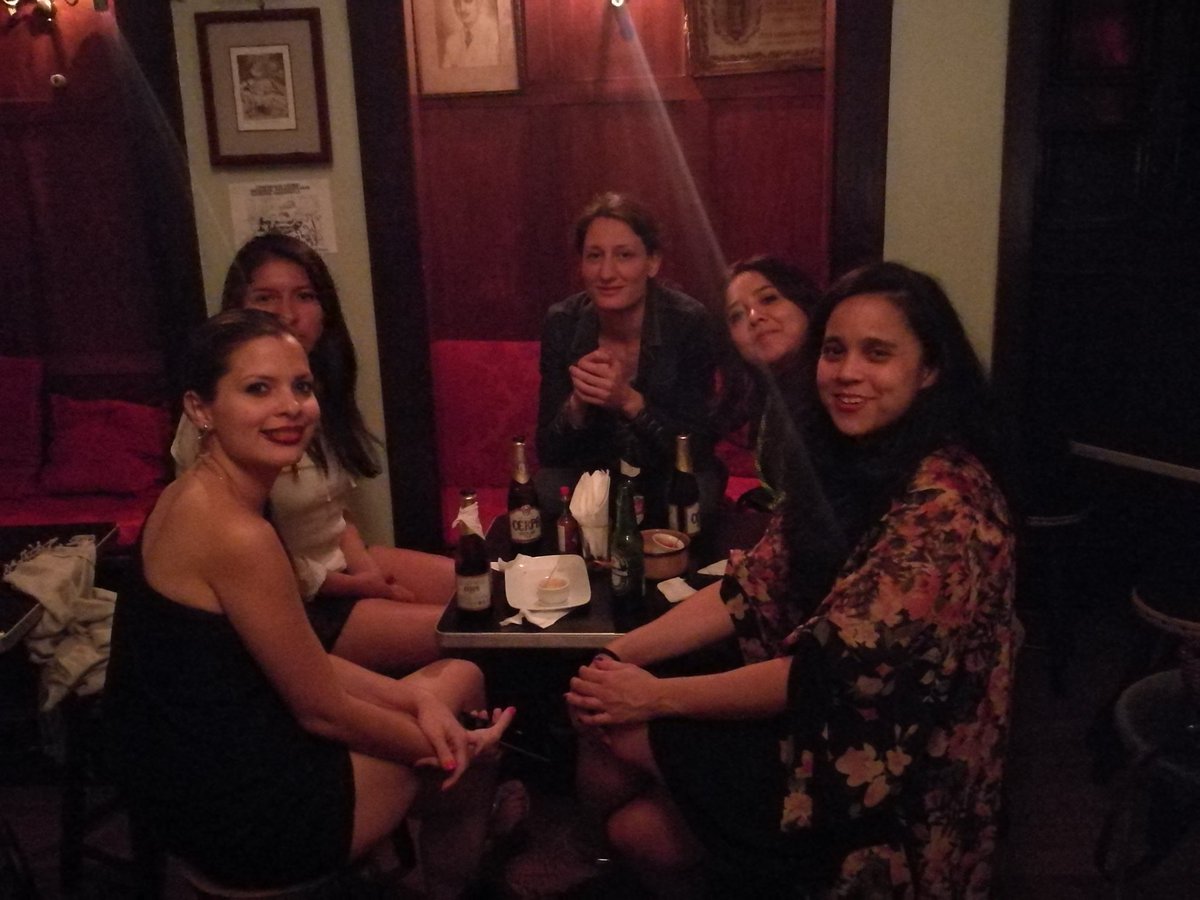 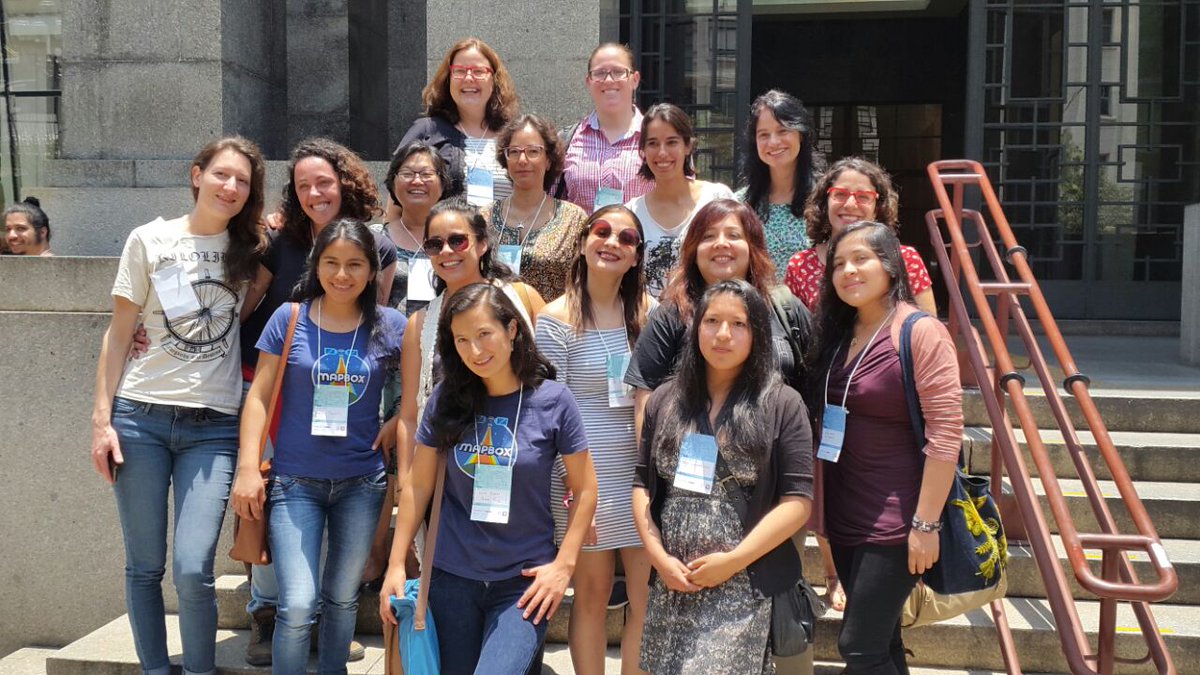 What results did we obtain?

We can consider that, as a first step of linking, these actions with a gender perspective and female empowerment have had a triple success: raise awareness on this issue in the community; start a network of Latin American women broader than the starting nucleus; Through gender-based engagement, integrate isolated people into the OpenStreetMap community. The panel also gave rise to several agreements, in addition to identifying us and forming a new workgroup, with a parallel chat of 15 people.

We invite attendees and participants as well as social networks to brainstorm about the gender gap with the hashtag #OSMintegra. This action will be a permanent task of the OSMchicas group.

We also understood the need to link and make more visible the different works with a gender perspective that we are doing throughout the community, linked to the construction or use of the map, or technologies associated to OpenStreetMap, as well as training actions for women in any kind of context. It is about documenting and having a tendency to publish in all possible ways (and firstly in this OSM diary) to give space to the subject.

Reducing the gap also implies a constant effort to increase women’s participation in OSM, data and freeware events in general. Added to a representation gap, there is a clear problem of funding for traveling, and targeted call, which can be achieved through the work of network construction. A central task of OSMchicas will be the search for sponsorship of all kinds to finance:

As a result of the link that naturally happens in a regional scale community event such as SOTM Latam, we have been interested in participate in an important upcoming event for a wider community: CubaConf 2017. Several dimensions today lead us to have a more committed attention to this event: the interest in the challenge of a free technology event in the context of Cuba, and a challenge for OSMchicas to promote in a first occasion the participation of women.

Our participation in the organization of CubaConf, with ideas and proposals, gives us a pretext to continue building our instruments of work and OSM women’s network. It also lead us, given the particular context of Cuba, to develop new strategies, projects, methodologies for local community participation.

It seems to have a high relevance to continue analyzing participatory processes in a network like Openstreetmap, but not only. Explore the mechanisms that result in the building, growth and strengthening of a community; Identify how leaderships are built and how these leaderships can be as positive as inhibitors for certain parts of the community, based on a gender or any other difference. This analysis is nourished by our expression and debates, both in our differences and internally to a subgroup. In this sense, separating women in a reserved space is not a matter. They are given the opportunity to work in several groups and expand their opportunities to express, propose, take leadership. It was quite revealing how the construction of a separate chat for this new group led us to have new ideas and how it encouraged the participation of people who were already part of the regional community, but less visible.

Our participation in CubaConf can have a positive impact in boosting the participation of women in Cuba and in the region, by continuing to build networks, and to give greater scope to training. We will be seeking funding and having a participation of more institutions to achieve this.

We invite to join a general effort of documentation to the people who can contribute to this issue of cartography and the uses and perceptions of space by women, being a necessary link to have an integrative vision of the territory. People from the Openstreetmap community are invited to write on this topic in their OSM User Journal, with the hashtag #OSMintegra (in diaries and in social networks), that allows to link the contributions, to spread them more easily, and to continue to invite to be part of the debate. Finally, any link will be enriching to understand better this topic. The group of girls of OSM Latam was very enthusiastic following the meeting in SOTM Latam of Sao Paulo. Thanks to the organizers!