Posted by alexkemp on 20 September 2022 in English (English).

Time for a humiliating admission.

Year-dates below can be cross-referenced within my last diary-entry: Mapping Changing Street-Names in Nottingham City.

This was sparked by a visit to the Manuscripts & Special Collections (MSS) at the University of Nottingham on 6 July this year. I was conducting research into water & sewage history within St Ann’s and was there to research (what turned out to be) the 1883 Beck Valley Storm Water Culvert. That needs a diary entry all for itself, but today I need to stay on subject.

Mapping the culvert began on 15 September and, fortunately, began at the River Trent end (on Trent Lane). ‘Fortunate’ because, 5 years ago, will_p had mapped it and — my assumption — had found the culvert outflow nameplate and had both recorded and used it in his mapping.

So, mapping started at the southern, riverside edge of Trent Lane & continued northwards towards Bath Street, ending today as I reached The Wells Road, following what had been recorded in the MSS.

I was in great mood as I started, since I now had an official name for the culvert. That mood began to deteriorate as it continued. Roads were skew-whiff & houses off their centre. It seemed that earlier mappers had not used any imagery-offset corrections. I was fixing everything that I met as good as I could, but it was beginning to wear me down.

After a couple of days of this I took some moments away from the culvert & mapped a 1884 Water Reservoir (west), Water Reservoir (east) & associated Police House on Mapperley Plain (this one was obtained during research at Nottinghamshire Archives). That brought me into contact with Porchester Road, and that is bang in the middle of mapping that I was the first to conduct in that area. I looked more closely and oh! dear!:– roads were skew-whiff & houses off their centre. A couple of deep breaths, and I got stuck in to correct the errors. After a couple of hours or so doing that I finally got the point. I started mapping in 2016 & did not use any imagery offset for quite some time. My mapping at that time was, consequently, pants.

It Could Be Worse 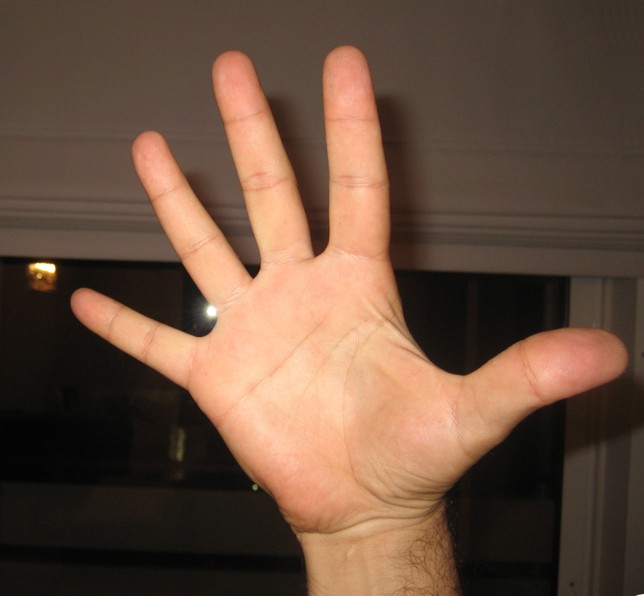 The image above is of a Greek physical insult known as The Moutza. I believe that I have worked out the genesis of this gesture, and why it is considered insulting, and thus the reference to today’s headline.

All civilised places these days conduct sewage away from their houses by means of underground piping. Indeed, in ancient Rome the wealthy did the same, including culverting water from streams & using that also as disposal in their lavatories. Life was very different in medieval times in towns in England.

The upper floors of homes in medieval towns extended over the lower floors. That was because the habit was to use chamber-pots to accumulate their bodily waste overnight and then to empty those slops in the morning. They would fling the windows open & empty the chamber pots directly into the street, crying out “Gardy-Loo” as they did so (a corruption of French:– “garde à l’eau!” (watch-out! water!)). The streets had primitive gutters — actually, just a depression in the cobbles next to each pavement (US: sidewalks) — and that was to allow the slops to drain away when it rained.

That gets us halfway to the genesis of The Moutza, for Greek towns & villages would have been little different from English towns in sewage disposal. The last part is what happened when Greek citizens were arrested by their police.

When arrested, their criminals would have their hands bound, and then the person would be walked to the jail. During this perambulation the townsfolk would gather and, using the plentiful nuggets gathered in the road gutters (it doesn’t rain as much in Greece as it does in England), those empathetic citizens would throw their missiles at the criminals.

So, ‘egg’ on face sounds very moderate in the circumstances.