Posted by TuanIfan on 16 December 2019 in English (English).

If you traveled to Vietnam, you may have heard about Huế - a city located in the Central coast of Vietnam. It served as our national capital during the Nguyễn Dynasty (between 1802 and 1945). Despite its short existence, the city is blessed with invaluable heritage sites : Huế Imperial City and royal mausoleums scattering throughout the city area and surrounding villages. 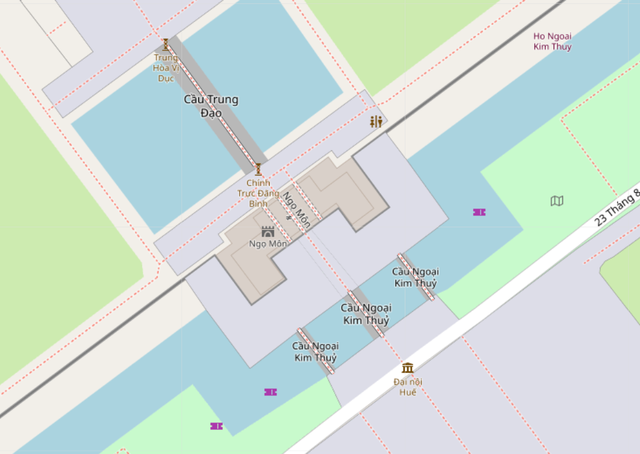 Huế Imperial City is a walled enclosure within the Old Citadel of Huế. It was constructed at the beginning of Nguyễn Dynasty, founded by King Gia Long (titled Emperor of Vietnam) in 1802. Thousands of workers were ordered to build the walled citadel and ringing moat, measuring some 10 kilometers long. The original earthwork was later reinforced and faced with brick and stone resulting in two meter-thick ramparts. (src: Wikipedia).

The Imperial City consists of various places and halls where the King and his royal courts met and conducted ceremonies. Besides, there was also Forbidden City, which housed the king and the queen’s residences, as well as several national level temples dedicated to his ancestors. 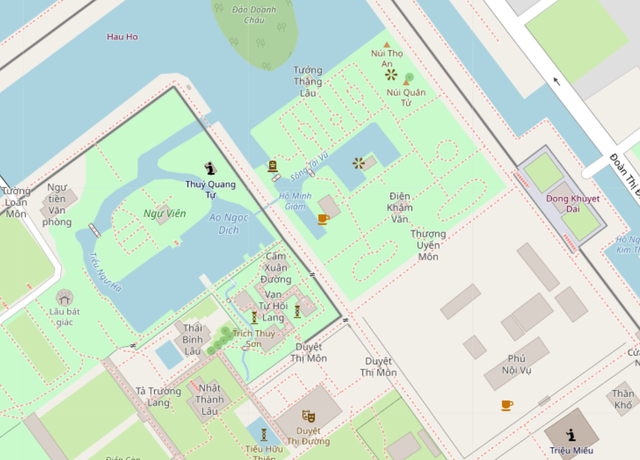 You should not miss the royal gardens, which were numerous and placed in various corners of the royal citadel, especially Thiệu Phương Gardens with its Swastika corridors, and the Royal Garden. 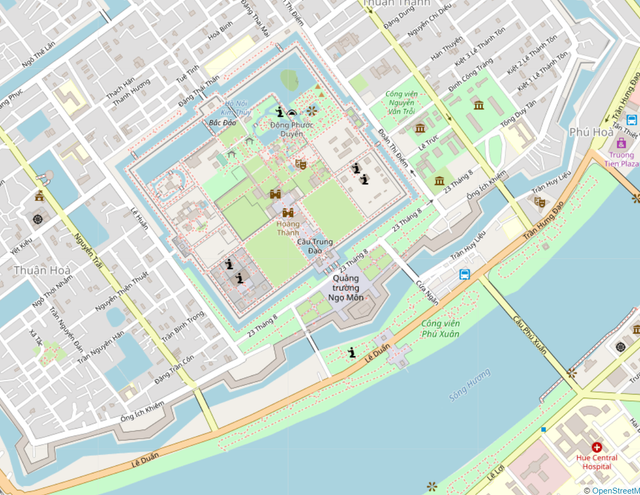 A mapper with passion for History and culture, I have spent various months drawing the Imperial City to OpenStreetMap. It was very difficult as I am not living there, hence lacking realtime experience. However, I have read various old and new resources, especially government resources, in order to produce the best available data. 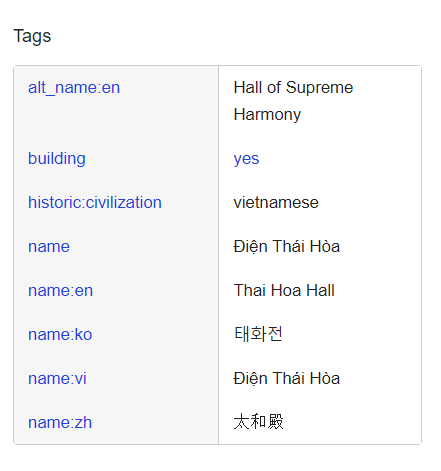 Due to its historical importance and the need for reference among social and history researches, I have tried to add Chinese names to various items, and objects inside the Imperial City. You can check the tags under name:zh.