Development Seed data team has been supporting the HOT community for a long time collaborating in many mapping projects in response to disasters, health, transportation.

The main objective on the participation in these disaster projects in these cities is to mitigate and reduce the impacts of natural disasters, thus helping the population to save lives and reduce the victims of events.

In the last months, Development Seed data team have been working in Ebola 2018 campaign, in this campaign 58 projects were created on tasking manager that have been developing since May, the Development Seed data team supported a project in the Congo, other projects where our team helped were in the project of the eruption of a volcano in Guatemala, earthquake in the city of Takatsuki in Japan, and also in floods in the cities of Kurashiki and Sojya - Japan.

More detail about each project and our support in each one can be seen below:

- Ebola virus disease in Democratic Republic of the Congo

On 2018 May 8th, the Ministry of Health has announced the 9th Ebola outbreak in the Democratic Republic of the Congo. This task was aims to map the buildings in the villages south of Lac Tumba, in Equateur province.

The purpose of this mapping is to track all buildings that exist in the area to be able to visualize the population that exists in the area, which could be affected by Ebola disease if the spread of the disease is not prevented. 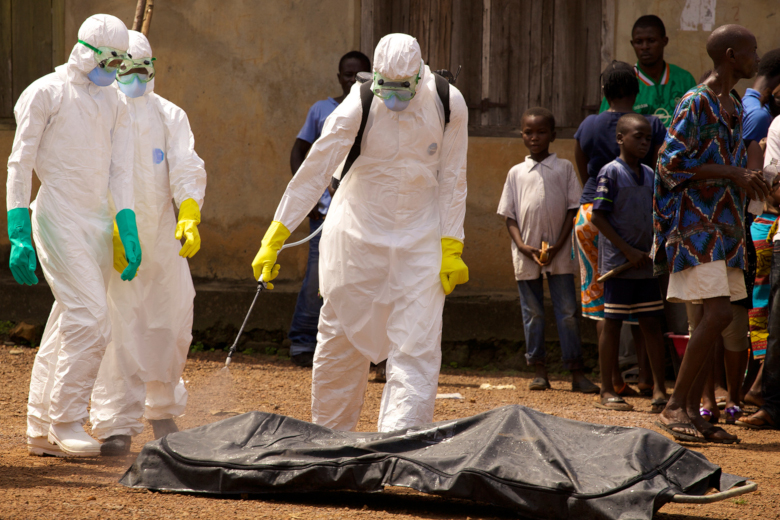 In the image we can see those responsible for mitigating the disease that are in an area affected by the disease, in this image it is shown that they are fumigating a person who died from Ebola disease.

On Sunday June 2nd, Guatemala’s Fuego Volcano erupted violently and with little warning, sending ash nearly four miles into the air, and burying villages under an avalanche like pyroclastic flow of super heated ash and volcanic gasses. For this reasons, the NASA Disasters Program has requested for maps of buildings and critical infrastructure in areas vulnerable to Lahar and Landslide, for estimating the number of structures, as well as population, vulnerable to lahar and landslide. For this request, the tasking manager were enabled and many users helped the buildings mapping.

Each building added on the map helps response and aid organizations prepare for, and minimize, compounding emergencies. 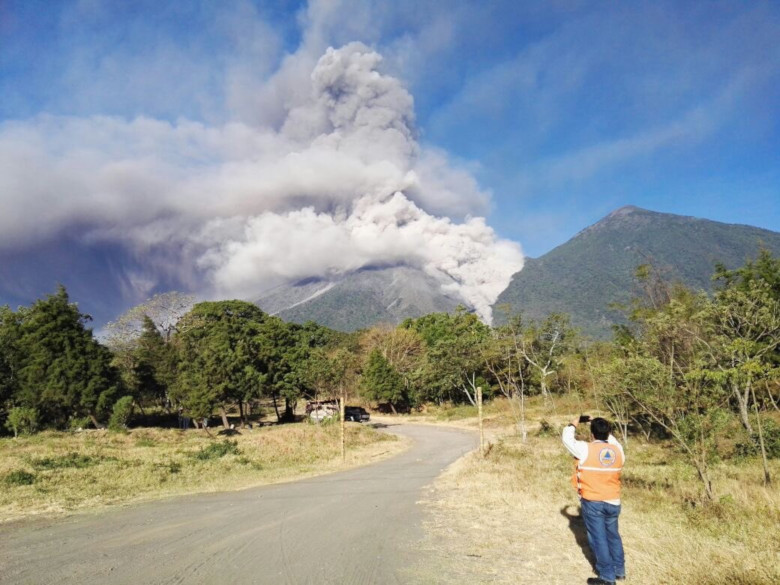 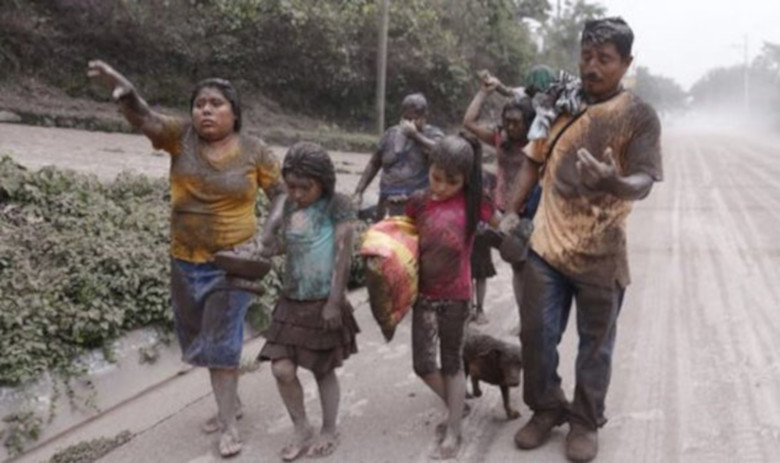 On 18 June 2018, around 7:58 a.m. Japan Standard Time, an earthquake measuring 5.5 on the moment magnitude scale struck in northern Osaka Prefecture, Japan. The earthquake’s epicenter was near Takatsuki and occurred at a depth of 13.2 kilometers (8.2 mi).

The shaking from the earthquake was felt strongly in the prefecture and the nearby metropolitan areas of Osaka and Kyoto, temporarily disrupting electrical and gas service to 170,000 homes and buildings. The earthquake struck during rush hour, disrupting train services for several hours, and also damaged water pipes and hundreds of homes. At least four people have been killed and 417 people have reported injuries

In this project all the buildings were mapped to be able to visualize the damages caused by the earthquake, and in this way the firemen, lifeguards can save and evacuate the affected population 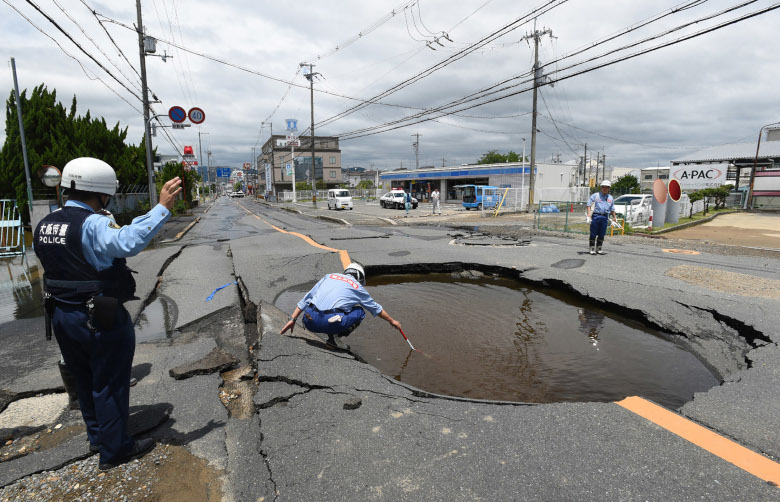 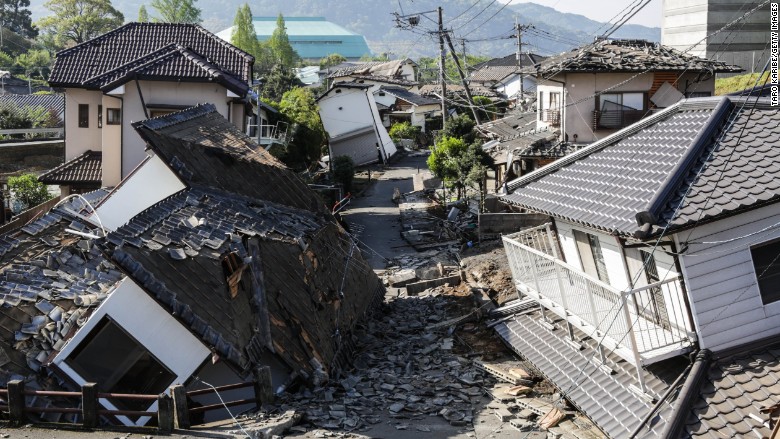 In the images we can see that because of the earthquake the roads were cracked and some houses collapsed.

In late June through mid-July 2018, successive heavy downpours in southwestern Japan resulted in widespread, devastating floods and mudflows. The event is officially referred to as Heisei san-jū-nen shichi-gatsu gōu (平成30年7月豪雨, “Heavy rain of July, Heisei 30”) by the Japan Meteorological Agency. As of 20 July, 225 people were confirmed dead across 15 prefectures with a further 13 people reported missing. More than 8 million people were advised or urged to evacuate across 23 prefectures. It is the deadliest freshwater flood-related disaster in the country since the 1982 Nagasaki flood when 299 people died.

In this project all the buildings were mapped so that in this way to know how many buildings were affected in the area, this allows the aid to reach the areas affected by flooding and so people can be evacuated. 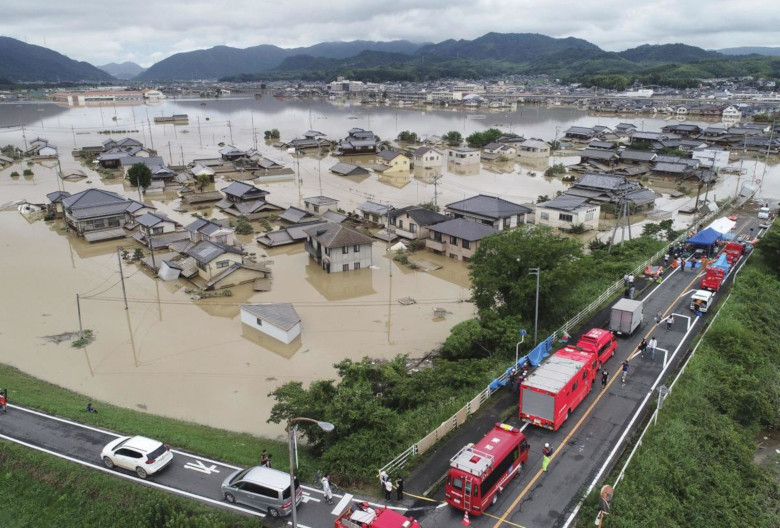 All the previous tasks were completed 100% in the mapping and also in the validation.

The Development Seed data team is always on the lookout in the HOT slack chat, to see if there are urgent projects on which we can support. We also make tweets so that more people find out about the project and so they can join the cause and support, as an example this tweet was published in response to the earthquake that occurred in the city of Takatsuki Japan https://twitter.com/RichmanSAC/status/1009826919276310530

All these tasks are carried out jointly with other local and non-local communities, as in the case of Development Seed data team, in this way we can support the HOT community in the mapping and validation of disasters no matter where we are.

If you are a beginner and want to contribute, we suggest that you visit the Tasking Manager Tutorial at LearnOSM.