Open Summer of Code and OpenStreetMap

Posted by Pieter Vander Vennet on 30 July 2018 in English (English).

As a coach for the Open Summer of Code in Belgium, I thought the community would be interested in reading a little about it and get inspired - along with reading how many of the teams used a map and specifically OSM.

What is the Open Summer of Code

If you have never heard about the Open Summer of Code yet, it is an awesome project. Students create an open source or open data application which a real client needs. The client -often, but not always a governmental organization- sponsors the students. During the four week program, the students get relevant workshops, gain lots of experience, have lots of networking opportunities and are exposed to other Open Source projects and ideas. This all is organized by Open Knowledge Belgium, a small but amazing organisation which furthers the use of open data in Belgium.

This year 73 (!) students participated, along with 17 coaches, making this eight edition bigger then ever. Furthermore, oSoc has been more international then ever, with lots of international students and projects and having a spinoff in Spain. This first Spanish edition had 10 students whom enjoyed it a lot. In other words, don’t hesitate to contact us. Wherever you are, you are welcome as student, coach, client of partner organization or perhaps even as organizer of your own edition.

For me personally, it was the first I participated to oSoc. I had the honor of coaching two teams, quite a challenge for someone just stepping in; but whatever challenge arose, there was always some coach with the right expertise to help out. Furthermore, with Ben Abelshausen (Xivk) and Jonathan Belien (jbelien) being coaches as well, OpenStreetMap was well represented, especially when Joost Schouppe passed by as well. 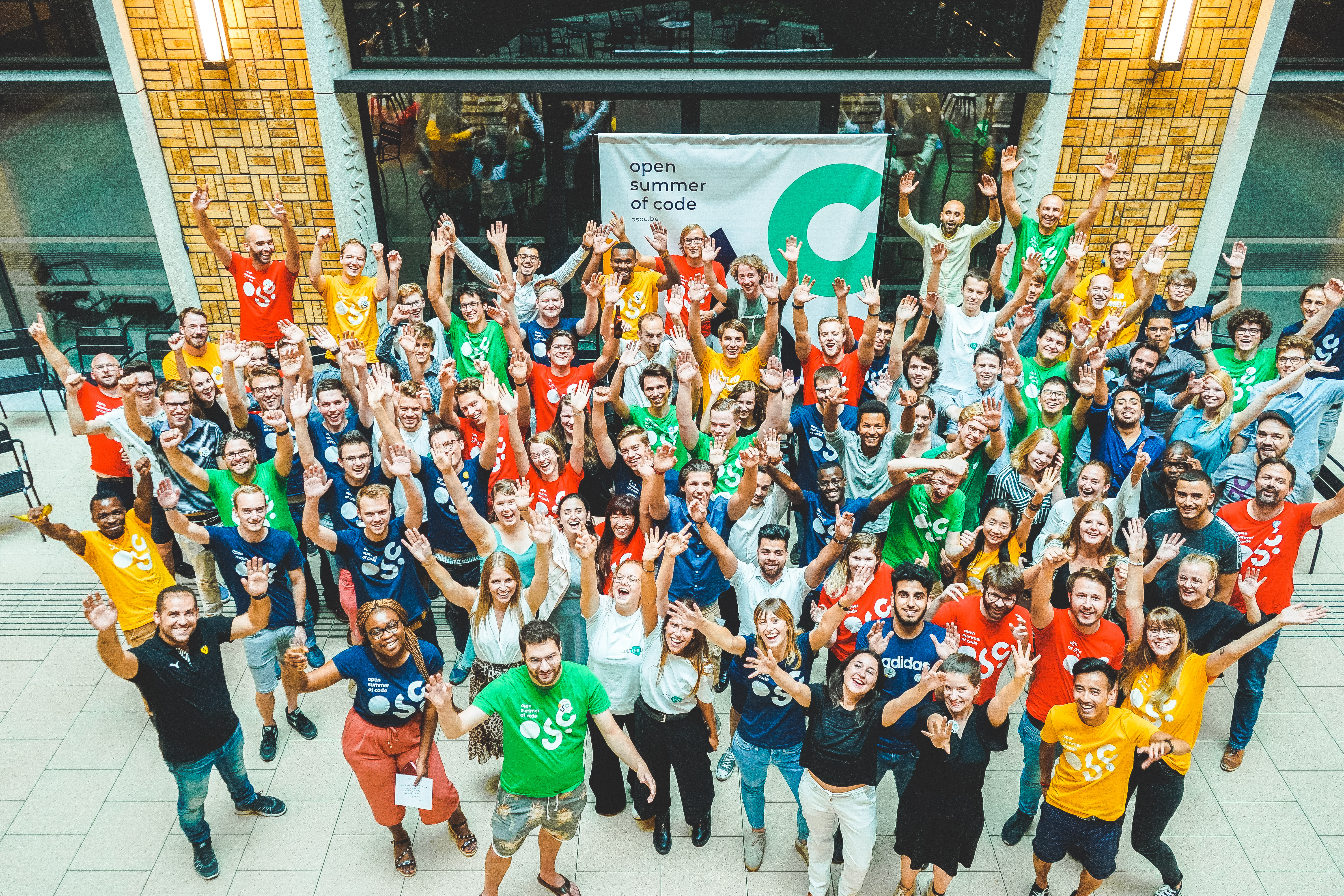 Maps in the projects

Lots of the projects needed a map. In the spirit of the project, we encouraged everyone to use open source and open data projects. OpenStreetMap is of course a perfect fit for this. And with so much OSM experience in the room, there was always someone to get people started with Leaflet or Overpass-turbo.

And boy, lots of projects needed a map: 10 of the 17 projects. Out of those ten projects, only one did not use OpenStreetMap. Ironically, this was one of my own projects: the project focused on visualizing sea data, thus the ESRI oceanographic map was suited better.

The other nine used OpenStreetMap in some form or another. Some used OSM as a small embedded map as extra information about some building, whereas other projects had it as a more central component; thus a map visualizing lots of data.

Ben coached another two projects. The first project, bike4brussels is a route planner for cyclists in Brussels offering many handy options, such as having a more relaxed ride, the shortest ride (which often is over bicycle-unfriendly roads), a compromise between those or a route with a bias towards the cycling network.

Ben’s other project was even more OSM-centric: the Brussels governement asked us to compare their official data with OSM. They use OSM regulary for their operations, as the official data they offer has no routable graph. In other words, the OSM toolchain is better then their own internal toolchain - but they wanted to make sure that every road and all other official data is available within OSM as well. This project indicated the growing level of trust in the project and the maturity OSM has reached over the years. We’re winning!

In other words, lots of students worked with OSM in varying degrees - for small basic needs such as a simple map up to complex tasks such as the road completion project and route planning. However, they all agreed on one thing: OSM is very dev-friendly. This clearly shows the global effort that has been put into OSM, not only into the actual data but also into the software surrounding it - for which oSoc thanks the OSM community. Without OSM, some projects would have been more expensive or would have been totally impossible!

All in all, oSoc was a great experience that was partly possible due to the power and awesomeness of OSM, but also thanks to the bigger open data/open source movement. The project clearly shows that an open approach works, that freedom and working together pays of in the long term.

I’d thus like to thank all of OSM for their work, the entire oSoc team (including the student, coaches, clients and organizer Dries) and invite everyone all over the world to participate next year as well to an oSoc.