The 26th of september was an OSM-meetup in Bruges. The few guys which where there - and especially Joost, must have gotten some weird and extremely contagious disease, called ‘mapperitis’. It has been the start of a growing involvement in the mapping efforts of OSM.

Although I’ve been using OSM as my navigation of choice for years now (prob. 5), it’s only recently I’ve actively begun mapping. Altough my first mapping were the ski routes on holiday, that was a one-off - until now.

Using streetcomplete, I’ve been surveying the surfaces of Bruges, which contains - as you guessed it, a lot of sett (aka ‘neat cobblestone’). In the meantime, I’ve been spreading that contagous mappiritis around as well - until it reached someone of the Fietsersbond. One of them had recently seen the talk by Escada and was wondering if it would be possible to map all cycling routes, their surface area and width, to test if they meet the vademecum. “Yes, this is possible” was my answer of course!

I followed by a short showcase of OSM, overpass-turbo and how easy it was to enter all this info. Although he was impressed, he was a bit scared of how much work it seemed to be - and that it is an older and not so tech-savy person didn’t help either.

That was a week ago*. By now, the north of Bruges (the center) is surface-mapped, and around 50 cycleways are measured.

*(To be honest, it was two weeks. However, I was on holiday one week, so I couldn’t map)

In the mean time, I was confronted with another problem. Quite often, I’m cycling around with a cycle cart. These things are slowed down tremendously by sett stones. So I wondered, wouldn’t it be possible to tweak the OSMAnd routing to avoid those nasty cobblestones?

After a few inquirements on the community riot channel, it turned out to be possible. And not only possible, it was easy as well!

So I added an option to bicycle routing - avoid setts if possible. Not a hard ban, but if a detour is acceptable.

For example, if I want to go from my home to my favorite youth movement, the shortest route is through the city - and over cobblestones. Not that great with the cart: 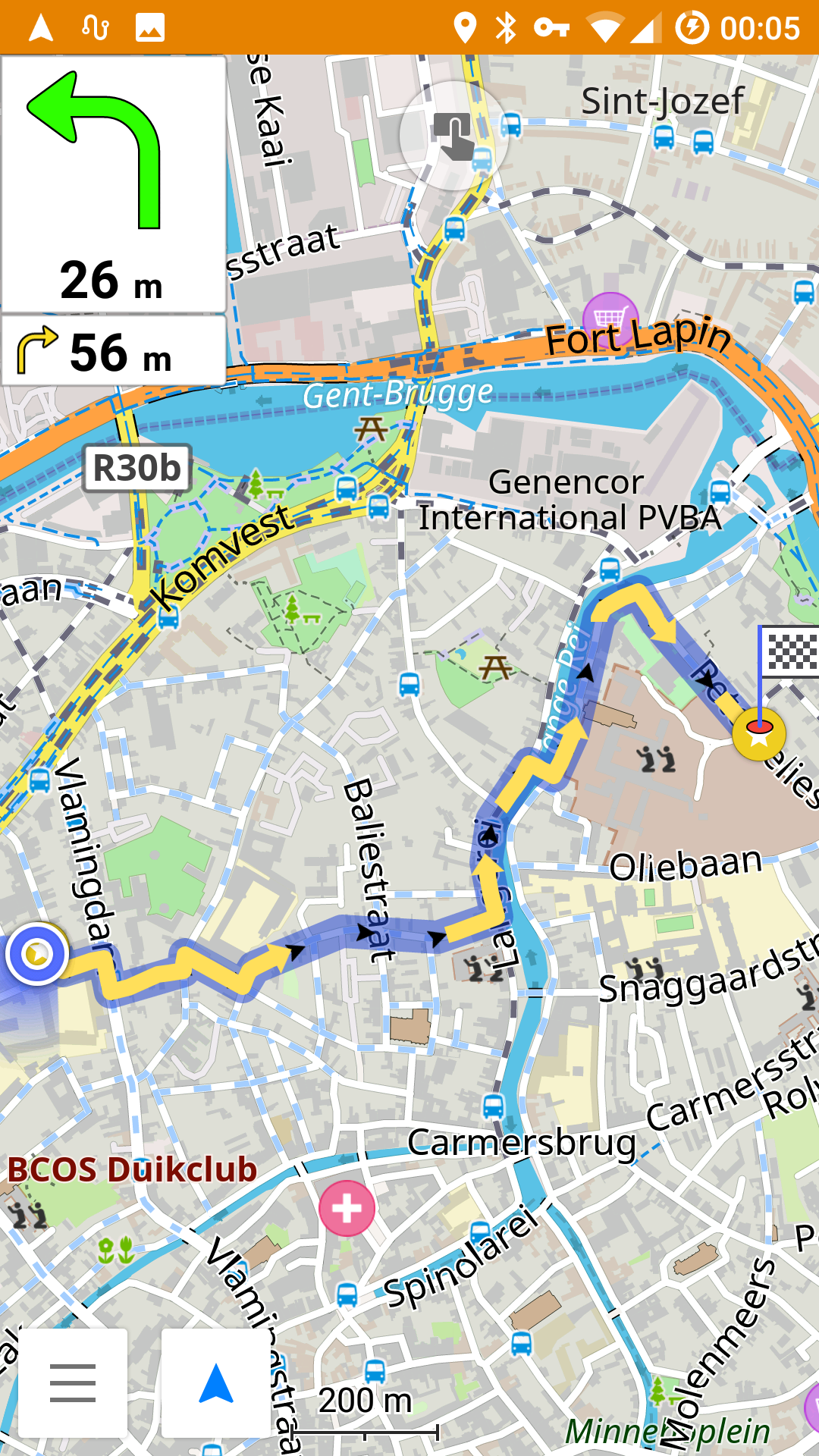 However, with tweaking the weight of sett, I got this route: 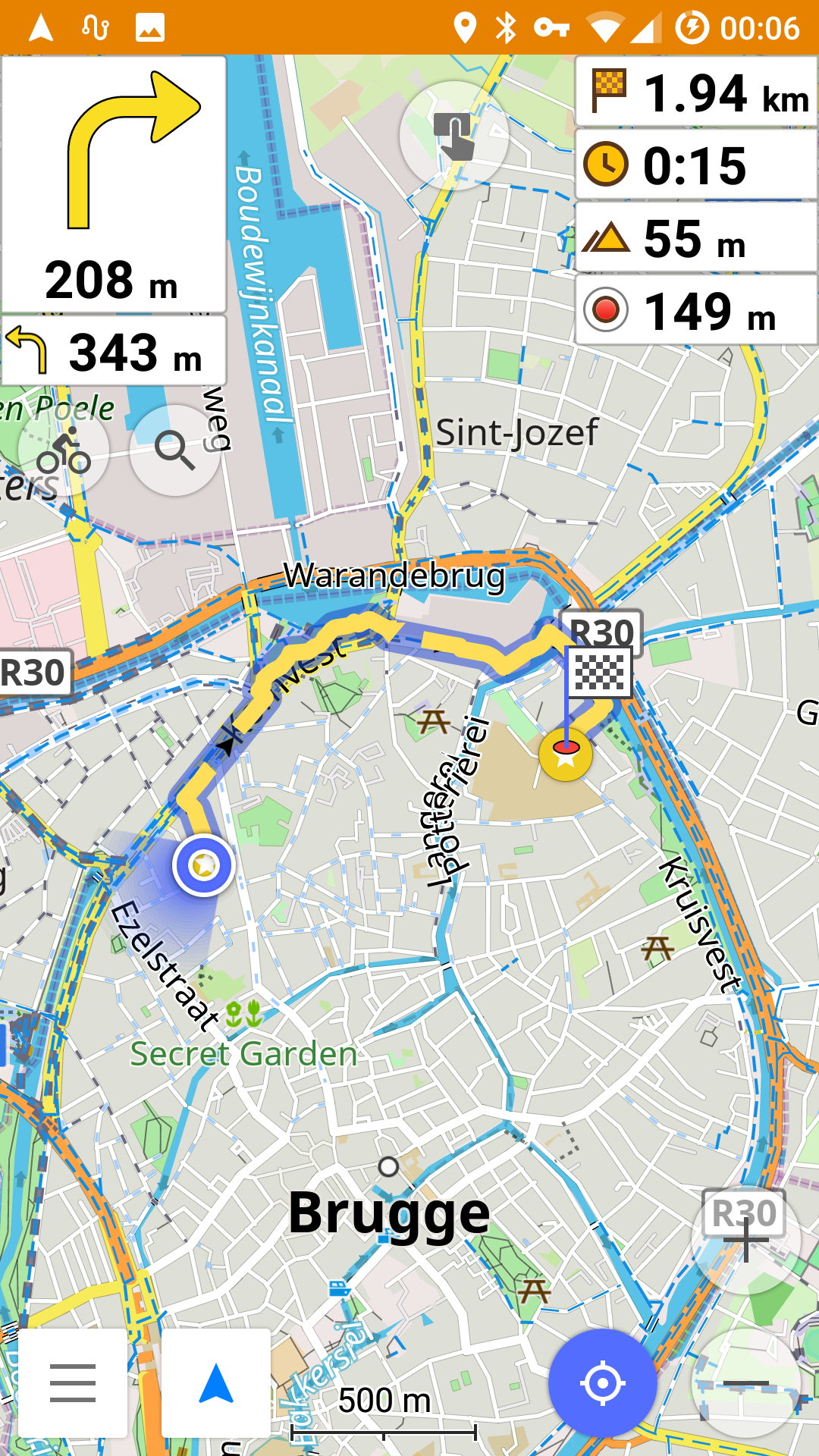 A really cool result. It seems like I have the only navigation system in the world that knows where all that cobblestone is and that actively avoids it…

Next step: promote OSM to the ‘Bruhhelingen’.

And because I want to keep mapping, I even added a mode to prefer routes where the surface key is missing… Giving the following result: 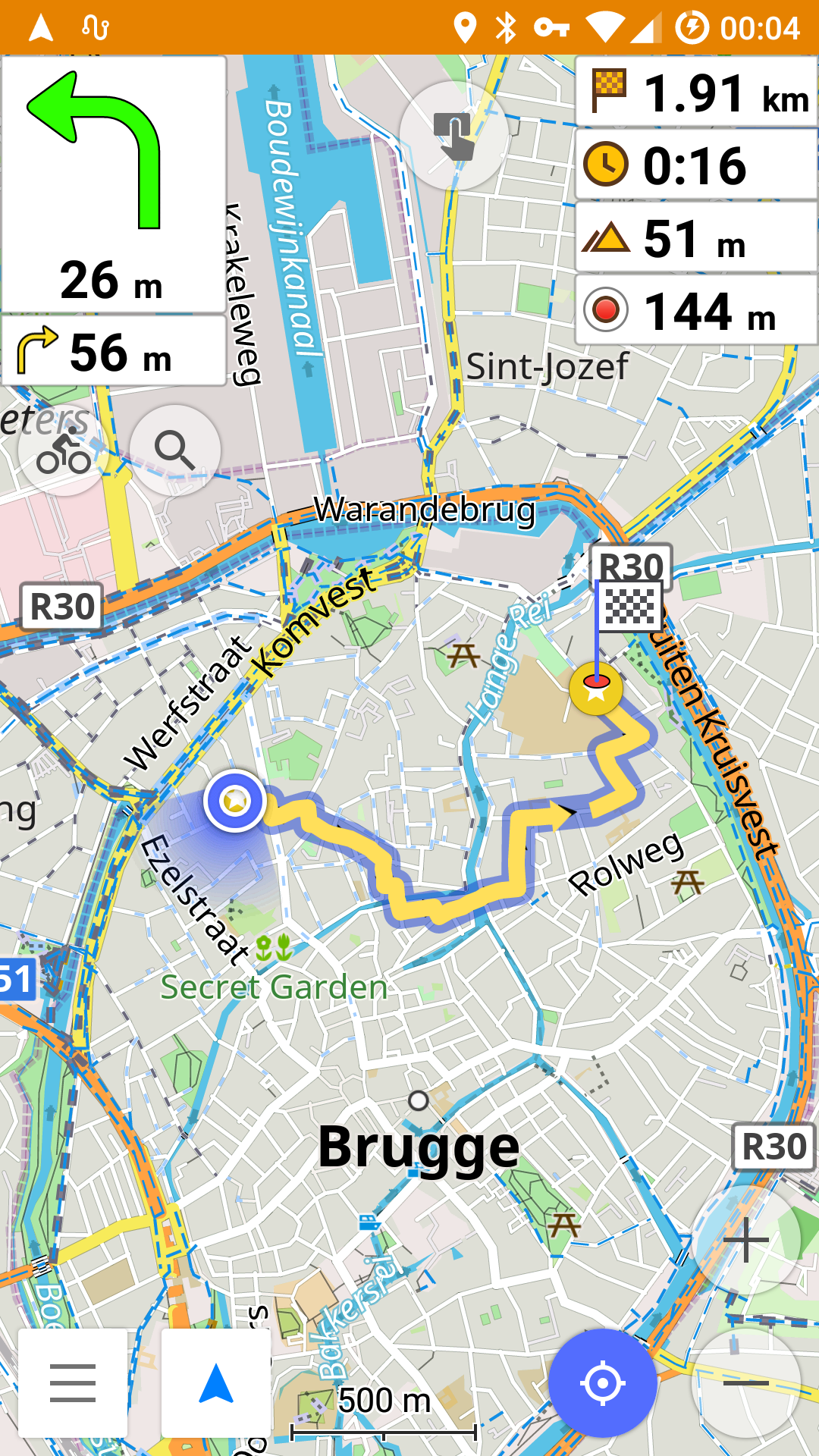 In conclusion, a very usefull and extremely fun experiment!

If you want to create your own routing, I wrote a small getting started for OSMAnd here.

I’ve fixed the images! I knew they were broken, but it was late yesterday evening :p

This is really awesome!