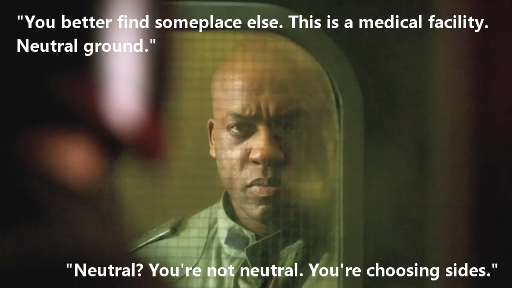 Several hours ago three Ukrainian ships were attacked, shot and captured by Russians in Black Sea. Currently there are around 6 wounded on Ukrainian side. Ukrainian government considers declaring martial law. Make no mistake, we face war.

@SomeoneElse, Andy, stop changing the borders of Ukraine. I don’t care any more what you can possibly say. From now on, you are an accomplice. Stand down and leave DWG before you disgrace yourself, us and the project even more.

I call to DWG to publish a transcript of the vote on Crimean “resolution”. We need to know our heroes.

The DWG as an entity apply policies endorsed by the community or the Osmf. You are welcome to discuss these policies, but personal attacks doesn’t help in any way. DWG members have my deep consideration for their work.

Dear Kilkenny, the DWG simply does their job enforcing policies set by the community, and you know that. Wolfgang

I’m sorry this is happening. And I agree with your general point that often there are no neutral stances. Fundamentally, OSM has always had a “de-facto control” for country borders. Alas, there is nothing really new or radical with the DWG’s decisions.

Dear colleagues, this is a difficult time and a very complex issue. As some responders stated, emotions are high.

I posted this to the OSMF list as a reminder, but I truly ask that we focus on solutions, not the volunteers in DWG or on this official channel.

The etiquette guidelines are in place to help us collaborate on OSMF. https://wiki.openstreetmap.org/wiki/Etiquette

Instead of threatening volunteers of the DWG, you should work together with the community to change the policy and work on a tagging schema for situation such as this.

I feel sorry that your country is under attack, but that is no reason to attack the volunteers of the DWG.

This personal style of attack is really not going to help to resolve any issues. Please stop it.

There is no problem having correct Ukraine’s borders with current tagging scheme.

OpenStreetMap never had physical control clause for borders. Osmf (which is not osm) has invented it even when osmf declares it should not say what and how should be tagged.

I don’t think you understand what’s going on. DWG violated their own policy, triggering a community conflict. Shortly, Russian propaganda starts implying changes in OSM mean “OpenStreetMaP finally accepts the truth”. Now, one week after it, Russia shoots at our ships, wounds our soldiers, captures our military vessels and claims they broke “Russian border”. And the only map that shows such border is in OSM.

Sorry if I am feeling just a little bit on edge.

I think anyone watching the news with half a conscience can sympathize with Ukrainian victims of Russian violence. The long standing OSM rule of “de facto control” is unfortunately clear in this case, and has been applied consistently.

Remember, OSM is open data. If you want, you can make a custom map showing whatever you want.

There is no “long standing OSM rule” of “de facto control”. This is invented by OSMF in 2013. At the same time OSMF page states it is not here to tell “what and how to map”.

Long standing OSM rule “mapping what is on the ground” from the very beginning had exceptions for non physical objects and the FIRST example of this exception mentioned was always administrative boundaries. Most of admin boundaries have been imported from official sources, without “checking of control on the ground”.

Also note that sentence about physical control in admin border wiki page was added a WEEK ago - after DWG decision and after this fallout has started.

And regarding of showing what you want. This is exactly the problem. It WAS possible to show whatever you want a week ago (because all official opinions were in the database), but it is not longer possible to do that (OSMF has decided to leave only one opinion). DWG decision has REDUCED the number of options to cartographers thus making OSM data less useful.

After the Resolution on the Crimea, I wrote a request to correct Abkhazia and Transnistria. Here the principle of the project is violated. The Georgian and Moldovan government has not controlled these territories for a very long time: the state has been 10 years old, Moldova since the 1990s. The response to my letter in DWG is a test of how this rule works for all or for selected countries. Transnistria and Abkhazia should be removed from Georgia and Moldova.

@”I don’t care any more what you can possibly say.” - While strategy “I will threaten everybody and in case that it failed to work I will continue with increased violence” unfortunately works so far for Russia, but I would not recommend it for you, especially in OSM.

“From now on, you are an accomplice.” - please immediately cease claiming that people are accomplices of aggressive, dangerous and degenerate regimes in cases where it is not true.

In case of Abkhazia there is also case of recent war (with Russia, again) and Russia ongoing attempt to encroach in the border zone.

But case of Transnistria is relatively simple.

@Tomas Straupis, I wonder what Nominatim did in case a city belongs to two admin_level=2 areas. AFAIK, it randomly picks one. This would mean that when you did a search for a town in Crimea, you might either get a response that it belonged to Ukraine, or to Russia.

Did you ever tried that ?

@escada no, I haven’t tried that. Discussion is what data should there be in the OSM database and what possibilities should be given to all data users.

1 When the old resolution worked, rendering was never in two countries at the same time. Nominatim chose 1 country in different ways: Ukraine or Russia 2 on my own behalf: I wrote a letter to the National Security Council asking for a sanction from the Ukrainian government to block the access of Ukrainians to our sites of project. On the other hand, I doubt that the government will take such drastic measures. It is clear that after blocking, the activity of mapping will be minimized, because access will be only through VPN.

I said “accomplice” because with the current transparency of DWG (or, more accurately, lack of it) he is the only public spokesperson we have. He claims he speaks for DWG, he drops bans while explicitly stating he acts on behalf of the DWG as a whole.

I don’t say he acts knowingly in Russia’s support, but he outright misinterprets the policy to support his claim (see my previous diary post). For me, it is accusatory enough. I am not going to argue with a person who lies in my face. It looks like either mind-blowing ignorance or corruption, and I’m not sure which of these is worse.

For me it’s either questioning Andy Townsend’s actions or applying collective responsibility (since they chose Andy to be their spokesperson and denied our requests for a voting log) and questioning DWG as a whole. I am not ready to drop the benefit of doubt for all of them without giving them the opportunity to explain the situation. Especially if we consider that of 12 members, only 9 were present when the voting took place.

I hope I am wrong in my assumptions. Trust me, I’d be enormously relieved if that was the case.

“he outright misinterprets the policy to support his claim” I see no evidence of that. Are you seriously claiming that Russia is not controlling Crimea (“meets realities on the ground, generally meaning physical control”)?

It is Andy’s understanding of what “international recognition” means that troubles me:

More accurately, it is equivocation. Since we deal with Russian propaganda on a daily basis and it constantly uses this kind of manipulation among others, it triggers mental warning markers almost instantly.

Do I understand it correctly that the “previous” situation had overlapping admin-level=2 borders ? Well then I do not understand how this data can help a geocoder decide in which country a city is located. It will always have to return 2 replies. The geocoder would need dedicated code to return the political correct answer for the request (depending on the IP-address, as Google does) if the request come from one of the involved countries or it’s allies.

If Nominatim returned 2 replies, that would be a feature I’ve never heard of. Try to get a response that return all segments of a street, when the street is split. That is (or was) not possible. I have read that Nominatim only returns 1 answer if there are 2 entities at the same level.

@Kilkenni, I had seen/heard the explaination of “recognized physical control” being used “long” before this case. Not only by Andy, but by other members of the DWG (and perhaps of the community at large) as well. (see e.g. https://forum.openstreetmap.org/viewtopic.php?pid=660709#p660709 from August 24, 2017). My comment above that was based on something that I read/heard before that.

It might not have been part of the disputed territory document, but the concept circulated before it was added (last week ?) to it.

@rorym I never disputed “on the ground rule”. It was there for a looong time. But it is about PHYSICAL objects, not boundaries (how would you identify boundaries of national park by physical control? what about physical control for level > 2 boundaries?)

Note that your example wiki page states about necessity to have data for different representations.

Here’s my suggestion for how to map claimed/disputed border like this: https://wiki.openstreetmap.org/wiki/Proposed_features/ClaimedBorders. I am curious what people here think and if this would be beneficial.

@escada I agree that previous resolution was not ideal, especially in database integrity sense. I appeal to it only due to the fact that it worked as a “truce” for 4 years, and DWG should have threaded very carefully around it. If only they started open discussion and helped to work out a better compromise prior to making their decision, I believe none of this would ever happen. I outlined this lack of transparency and communication in my 1st diary post as one of the major problems contributing to the conflict. The way it was done, it looked like abusing their power and wrapping community around the finger.

@rorym Will look into it. Meanwhile, consider reading this proposal. Maybe this will give you some ideas what to improve (or not).

And such concept clearly exists, though there may be a better name for it to avoid confusion with legal recognition.

As I’ve mentioned earlier, I never doubted annexation. But I believe it should be tagged separately as this territory is not within national borders, so it isn’t related to a “boundary” tag.

“OSM wiki mentions that countries are defined as such according to UN decisions” - because this is the simplest way to stop micronation nonsense, without problematic side effects.

You cannot enter territorial waters of Sealand, because they will start shooting at you (with at least one case of actual shooting), so they have “physical control” :-)