My experiences from State of the Map 2018, Milan, Italy

State of the Map 2018 reinforced the diversity of the global OpenStreetMap Community and also lit a torch into the future of the OSM. This blogpost highlights my experiences in Milan and my key takeaways from the conference.

From the day I received the news that I was granted a scholarship to attend the conference, to the day I landed in Milan, it was all an awesome experience. The OSMF through Rob and Dorothea, provided wonderful support to make sure we all got our visas approved, and flights and accommodation booked. Visiting a new place can be intimidating, but thanks to the wonderful support everything went smoothly.

For me the fun began in Dubai where I met other scholars and participants Arnalie, Montshy, Iyan, and Eugene on the way to Milan, traveling as a group made it more fun and easier. The train ride from Malpensa Int. Airport to the Milan Central station took about 55 minutes, and then a 15 minutes walk to our hotel welcomed us to Milan.

Milan, a bit warmer than i expected - did not disappoint, with a mix of modern and ancient architecture, there was lot to take in even on the first day. But what made it even more interesting were the people I met, the scholars and other participants. New friendships were made. 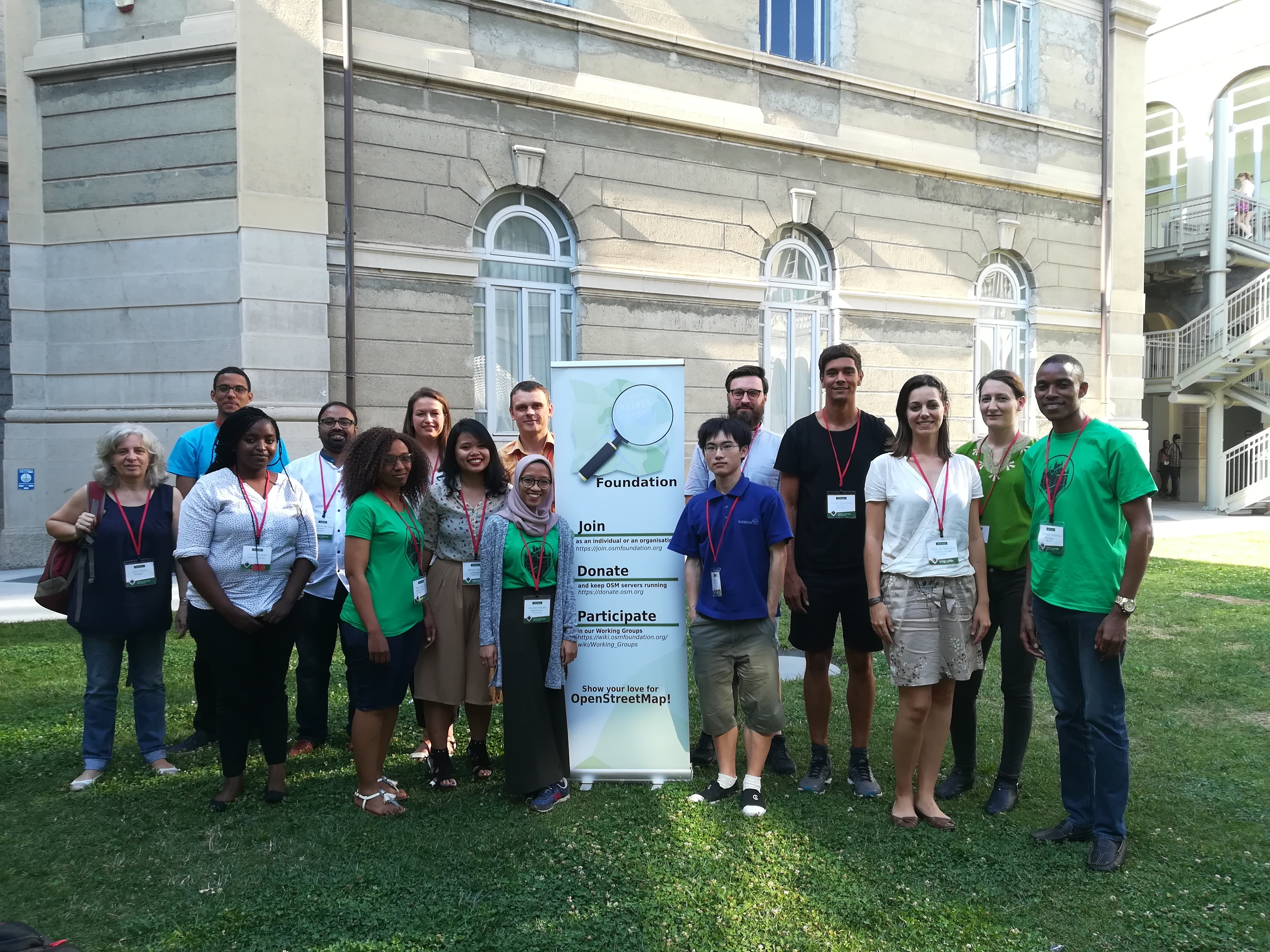 SotM 2018 was a wonderful conference, I enjoyed every bit of it from day one to the last day. It was interesting to meet in person people I have been interacting with for a long time online. I was able to connect with different international and local organizations and communities, like the HOT community, FOSS4G 2018, YouthMappers, OSM Africa and Mapillary.

On day two of the conference, I was able to participate in a panel discussion on “Sustaining OSM Communities” led by Erica Hagen. It was interesting to talk about the challenges around sustaining an OSM community and the solutions different communities are trying to come up with.

The sessions ranged from technical to non-technical ones, there were always so many good choices that it was always very hard to make choice, the good news is that most of the sessions were recorded and I can revisit and listen to those that I had missed.

On the third and last day of the conference I was also able to do a presentation about our project in Uganda - Mapping for Refugees. You can watch the video here 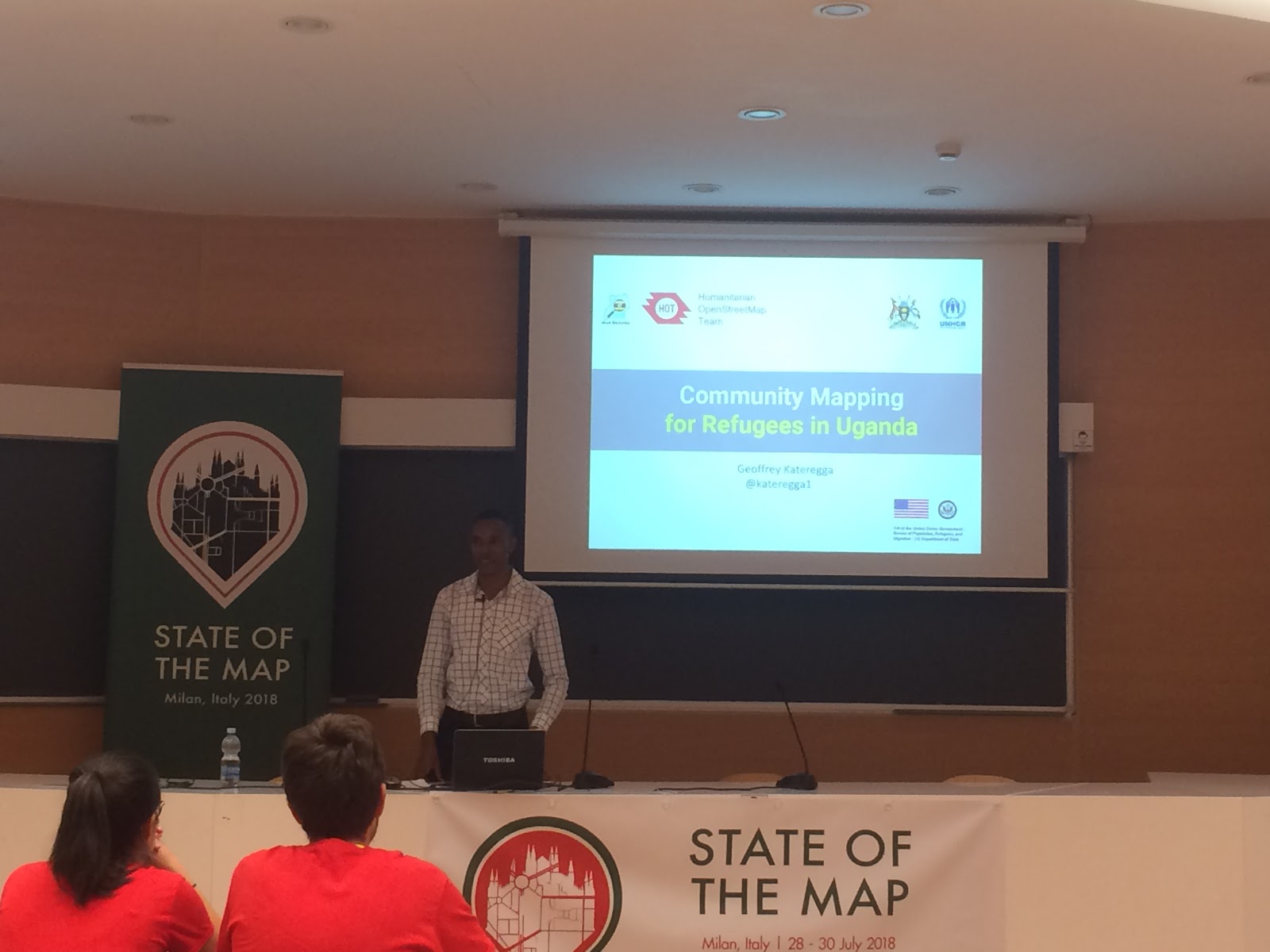 The conference also announced the Swahili Version of WeeklyOSM which will be coming out soon, we are putting together a team of contributors, most of them YouthMappers from Tanzania, Kenya and Uganda.

It was also good to meet other mappers from other countries in Africa, and we were able to have an OSM Africa BoF meeting at the conference where we talked about the upcoming SotM Africa 2019 as well as setting up local chapters in different countries in Africa. The session was attended by mappers from Tanzania, Uganda, Kenya, Togo, Ivory Coast, Morocco, Senegal, and a board member of OSMF.

My favourite part of the event was the closing session where OSM Awards took place. It was so exciting to see my friend Tshedy from #MapLesotho win the greatness in mapping award and Crowd2Map Tanzania who won the Africa award, both were well deserved. Afterwards, they announced the venue for the next SOTM which will be in Heidelberg Germany.

The conference made my love for OpenStreetMap grow even stronger. My dream is to see OpenStreetMap communities in Africa get more organised and become official local chapters of the OSM Foundation. It is about time the State of the Map Global comes to Africa and when the opportunity comes, it should find all of us ready.

I meant “State of the Map International 2020 in Africa!” Haha :D

Hope to see you one day in Africa!

hope to get a chance to attend in 2020 hahahah. thanks Kateregga

Was great to see you again, and what a wonderful conference..

Geoffrey, It was great to hear both your talks. Truly, your contribution to Weekly OSM and growing OSM helps us all learn from you.