Making maps of `sport` tags in OpenStreetMap in Ireland & Britain

I created some software to generate heatmaps from OpenStreetMap, here’s what OSM’s sport tag looks like for t̶h̶e̶ ̶C̶e̶l̶t̶i̶c̶ ̶I̶s̶l̶e̶s̶ Ireland & Britain

When you have checked out the code from Sourcehut (or Github), then run make build-deps to install requirements.

Look at the spread. Initially I ran it withouth steps=..., and tried different values until I got something that looked nice.

Unsurprisingly, this shows urban populated areas. On average Britain, even rural areas, have a higher score than rural Ireland. It’s hard to know if that’s because of less mapping in Ireland, or less sporting facilities, which might show a difference in cultures.

Make an overview of the top 10: 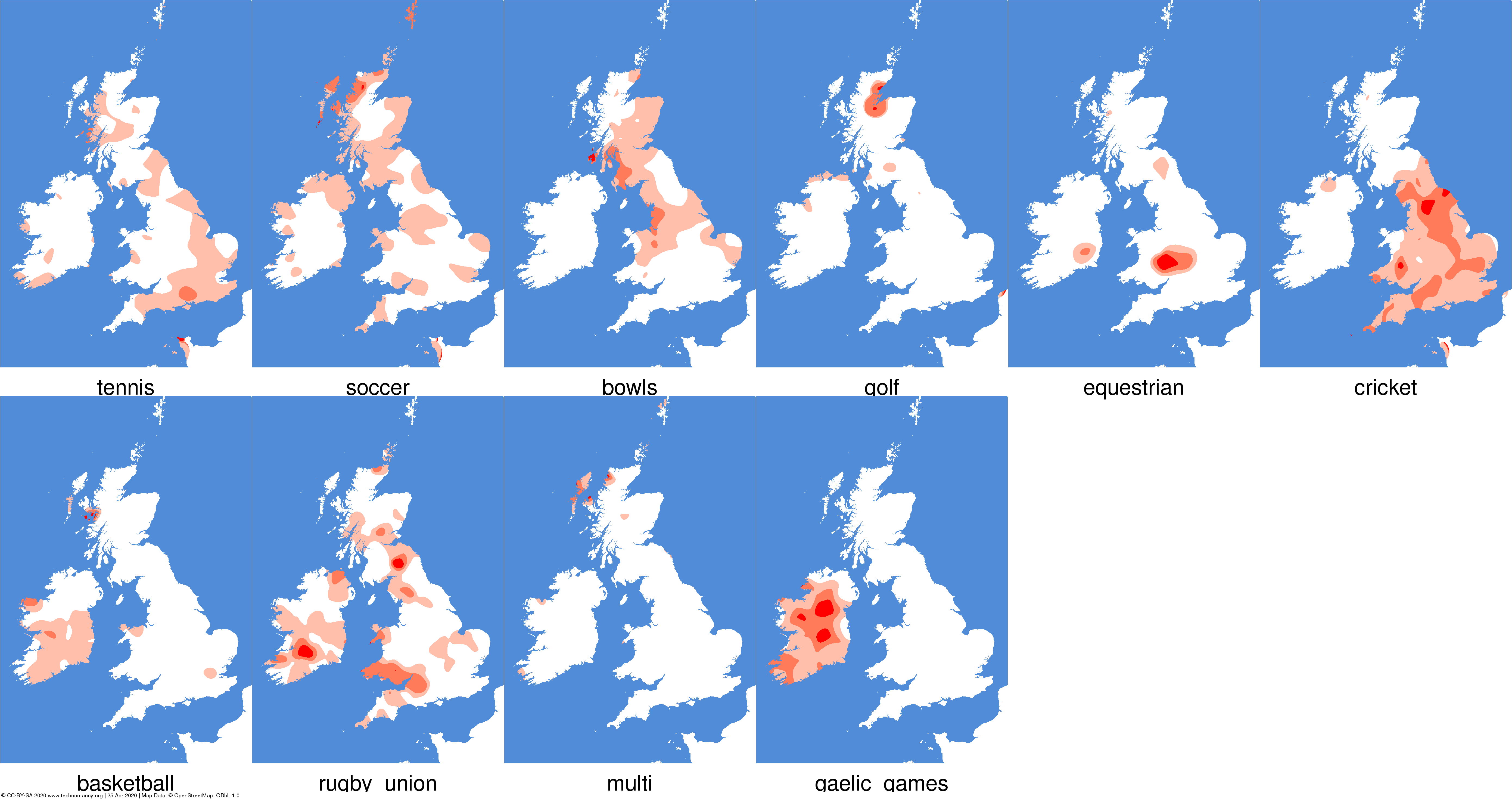 Unsurprinsgly sport=gaelic_games is popular in Ireland, and sport=cricket is popular in Britain. The default steps of 0%,25%,50%,75% can be useful, but as you can see with sport=golf,=tennis,=soccer, it’s not always useful.

Rugby League, with the same scales. Clearly it’s not as popular in OSM as rugby union:

In OSM, there seems to be a high number of golf clubs mapped around Inverness, Scotland:

The English West Midlands seems to be dominating the horsey set:

The software to generate this can be found on Sourcehut or Github. If you create any interesting heatmaps email me!, or leave a comment below.

The golf hotspot around Inverness seems to be because of three golf courses with every tee, fairway, green and bunker tagged with sport=golf - that’s 1/4 of all those tags in Scotland :) https://overpass-turbo.eu/s/Try

Very interesting, you can see the bias of coastal places for golf and the specificity of Ireland’s largest sporting activity.